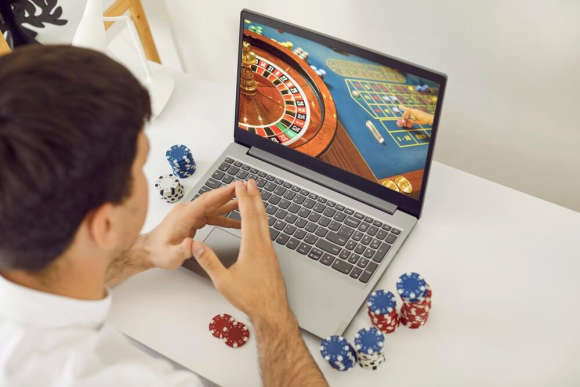 OnAir Entertainment is diversifying its product range with the addition of a brand-new offering titled Eclipse Blackjack. The thrilling new addition to OnAir’s already extensive portfolio will allow the brand to keep its current customers occupied while attracting a whole new audience of blackjack lovers.

OnAir has in a very short time emerged as one of the biggest providers of appealing live casino content. The new game is expected to be available for customers from October 11th. Eclipse Blackjack stands out from OnAir Entertainment’s other classic blackjack games because of all its impressive features.

As such, those punters already experienced with blackjack will find it easier to start playing the new addition. Essentially, it will be a 1-table card game played against the dealer. The beauty of this game though is that it is scalable.

In addition to the enhanced scalability, online gamblers will also be allowed to place side wagers in combination with their primary bets. To place a side bet, all a player has to do is select the button that states ‘place all bets’. This means that participants will be allowed to place various combinations including Lucy Lucky, Perfect Pair, Royal Jacks, as well as Bluster Blackjack.

Those operators working with OnAir will also be allowed to configure all side wagers within the back end so that they can easily distinguish their products by using their own digital branding.

OnAir will also allow its punters to view the real-time stats of other players to help them make informed decisions on their next move or action. Eclipse BlackJack will be OnAir Entertainment’s second live dealer blackjack game on its product suite.

OnAir has gone to great lengths to ensure that it stands out in a highly competitive iGaming market not just in the US but the rest of the world. For instance, OnAir announced that it would be doubling down on its gaming markets in Denmark, as well as the Netherlands.

OnAir Entertainment launched its products in Denmark earlier this year in June. Denmark was OnAir Entertainment’s 8th market to debut its services in a short space of 8 months. Earlier on in the same month, OnAir had also launched in Sweden. In the Netherlands, OnAir has already introduced its series of customized live casino tables for Dutch punters.

OnAir has also been approved to partner up with other tier-one operators, thus allowing the brand to quickly establish its presence in the burgeoning gambling market. OnAir has made it its mission to supply punters with a broad range of high-quality live games that offer immersive experiences for gamblers.

OnAir relies on highly thematic studio environments that help to remind punters of a real-life casino environment. Not only does OnAir cater to punters but it also supplies operators with high-quality games that are available in the brand’s portfolio.

On Air’s wide-ranging collection of live casino games has been expanding slowly since the brand debuted its very first game in November last year. The first live game for the content provider to debut was its Standard Blackjack game

Global expansion continues to remain a primary mission for the brand, which has already successfully obtained regulatory approval from some of the strictest markets in the world. So far, OnAir Entertainment has gaming approvals from Latvia, Malta Gaming Authority, the Isle of Man, the UK Gambling Commission and is already embarking on several more geographical expansions in the coming year.

Indeed, the brand is already gearing up to debut its products in the first African market. Just recently, OnAir representatives announced that the provider has plans to debut in South African before the end of this year. The decision to launch in the country comes amid increased demand for quality live casino games.

OnAir is hopeful that its launch into the African gambling space will allow the brand to establish itself as the go-to provider while also forging African-centric strategic partnerships with some of the other local providers. OnAir is already affiliated with several notable South African operators and will power them with exclusive content including the newly released Eclipse Blackjack. Standard and Auto Roulette, Lotus Speed Baccarat, and more.

Not too long ago, OnAir also announced that it planned to cement its standing further in the US market by creating a nationwide studio. That’s why the brand continues to create strategic partnerships with US operators and companies.

For instance, OnAir recently signed a strategic partnership with Soft2Bet, an operator of several brick-and-mortar casinos and sportsbooks such as Betinia and Yoyocasino. As a result of this partnership, OnAir will create dedicated content for Soft2Bet including 5 roulette tables, as well as new live casino experiences for Soft2Bet customers.

OnAir Entertainment has established a strong base of operations in the US, as well as Europe thus allowing it to cater to the growing audience of hungry blackjack punters. The provider is constantly looking for ways to enhance their player’s experience by introducing brand-new products and offerings that are designed to surpass the customers’ expectations.