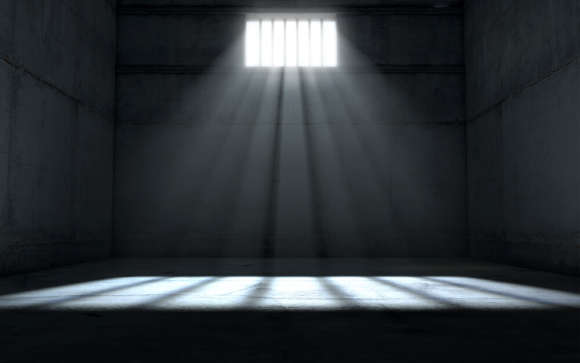 A New York man who punched a slot machine at a Schenectady casino now faces a felony.

Thomas B. Waicul, 47, of Route 146, was arrested at Rivers Casino & Resort and charged with one count of second-degree criminal mischief.

Waicul allegedly damaged the machine intentionally at around 7.44 pm by hitting it with his fist, causing glass on the machine the break.

The damage totaled more than $1,500 -the threshold for a criminal mischief charge- according to police allegations filed in court.

Waicul has now been released on his own recognizance, and should maybe stick to online slots from now on.

It follows an unrelated incident at the same casino last month when a baccarat dealer and a player were arrested for allegedly working together to steal from the casino.

Joseph Hage, 47, and Sarkis Boutros, 34, are accused of stealing more than $20,000 and have each been charged with third-degree grand larceny.

It is thought the dealer, Boutros, paid out chips to Hage for non-winning hands, which Hage accepted knowing he had not earned them. The chips were then exchanged for cash, according to authorities.

The casino had been able to help with the police investigation with video evidence from the 700 surveillance cameras on site. Both offenders are believed to have known each other outside of the casino, but it is yet unclear how.

This month’s arrest isn’t the first time a gambler has been arrested for punching casino property out of frustration.

An Iowa man was given jail time in May 2018 for punching a slot machine. Tommy Goldberg was seen on video surveillance at a Hard Rock casino repeatedly pressing a slot machine button in frustration, before punching the screen.

An attendant noticed the screen was shattered when Goldberg asked for help retrieving a voucher that was stuck in the machine. He later pleaded guilty in Woodbury County District Court to third-degree criminal mischief and was sentenced to six days in jail with a credited six days already served. The man was also fined $625 and ordered to pay $1,050 in damages to Hard Rock.

In June of last year, Florida resident Richard Stewart was arrested for punching a ‘Quick Hit’ progressive jackpot slot machine at the Seminole Immokalee Casino in Fort Myers. The 62.year-old was arrested at the casino after it was discovered the machine had undergone substantial damage and was no longer functional.

Stewart was arrested after telling police he could not afford to pay for the damages and was charged with criminal mischief.

There’s more - back in January 2018, a Mason City man caused $2,000 in damage after punching the touchscreen of a machine several times. Dion King was arrested at the Northwood, Iowa casino and charged with criminal mischief.

Now, some casino operators are introducing rules to stop players from causing such damage.  Others seem to be secretly hoping some of their players will take advantage of their online video slots.

In 2019, UK bettor operators announced they would introduce new ‘time out’ rules in between plays on electronic gaming machines in betting shops.

The algorithm of the system works to analyze player activity and scan for harmful play. In turn, this triggers an on-screen alert and imposes a mandatory ‘cooling-off’ period where players cannot play.

When a break is imposed on a machine, betting shop staff are also notified so they can intervene if necessary.