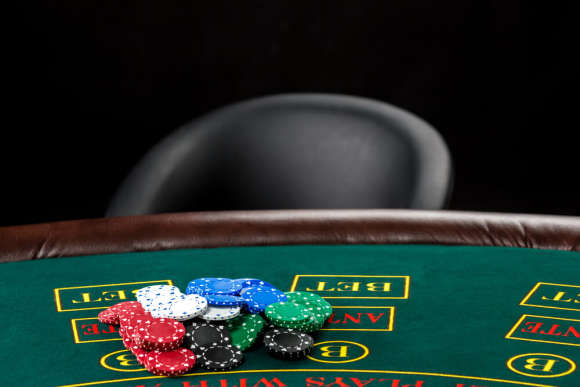 Number of Poker Tables in Massachusetts May Increase, Says Report

Number of Poker Tables in Massachusetts May Increase, Says Report

Poker customers in Massachusetts are demanding more poker tables. Before the dreadful pandemic slowed down the poker industry’s progress, Encore Boston Harbour and MGM Springfield offered a total of 95 poker tables. These tables operated all through, each day of the week.

However, when the pandemic struck, the 2 venues were forced to temporarily stop offering poker. At the beginning of the year, Encore re-introduced poker while MGM reinstated poker a little earlier in October 2021. Now considering the increasing demand, MGM and its fellow competitors may have to increase the number of tables soon.

To cater to the demand, several members of the commission met with the operators and determined that both poker tables, as well as the working hours, will have to increase drastically. Since the casinos were re-opened, only 29 poker tables are available: Encore’s 15 and MGM Springfield’s 14.

Massachusetts is taking a long time to recover

In April, a report published by the Umass Donahue Institute’s Economic and Public Policy Research Group found that casinos in the state had still not recovered to pre-pandemic levels. The report, which was commissioned by the Massachusetts Gaming Commission found that female casino workers, as well as minority casino staff, were the most affected by the casino sackings.

As of 2020, the state’s casinos had employed approximately 6,520 people by mid-March. However, since all 3 casinos remained closed for more months on end, they have struggled to return to full-capacity casino operations. Even though employment at all 3 casinos fell, the report found that the majority of casino staff that maintained their positions during the pandemic were mostly male and white.

As per the report, women, low-wage staff members, and people of color bore the brunt of the job losses, as well as the reduction of hours that took place mid-pandemic. The report states that the 3 casinos failed to meet their spending goals on minority casino staff, as well as female-run businesses during the casino closure period owing to the reduced business.

It is worth noting though that after the casinos were re-opened, most of the laid-off casino staff was re-hired, which has helped casinos boost their workforce. However, there is a lot that still needs to be done.

The report also found that the state’s 3 casinos namely the Plainridge Park Casino, MGM Springfield, and Encore Boston Harbor had yet to welcome as many casino guests as they did before the pandemic broke out. Gross gambling revenue per guest rose drastically owing to the shifts in gambling behavior after casinos were reopened.

On average, the report found that gamblers in the state have been betting twice as much since the re-opening of the casinos. But with the sports betting market in Massachusetts still not a reality, the state has been missing out on a chance to generate more revenue from additional channels. Sports betting is an important vertical because it helps to attract a new breed of punters who would otherwise never opt to visit brick-and-mortar casinos.

The licenses will be distributed among physical casinos, racetracks, online casinos, as well as mobile apps capable of generating between $70 and 80 million in revenue. Based on the terms of the deal, the licenses on offer will have to be renewed every 5 years. Once sports betting operations are in full swing, experts predict that the state could be generating as much as $60 million in tax revenue each year.

Massachusetts' new bill stipulates that 15% will be placed on all in-person sports betting while online sports betting will attract a slightly higher tax fee of 20%. The new bill paves way for residents to place wagers on various professional sports events, as well as select college competitions. Although bets on college sports will be allowed, betting on teams or athletes from the state’s schools will be prohibited.

In addition to the rules discussed above, the bill also has laws surrounding problem gambling, advertising, as well as ethics of gambling in the state.  Now that the market is legal, there is a lot of groundwork that needs to be done to set a great foundation. At present, the state’s gaming commission is in the long process of licensing different operators, which should take several months before the market allows punters to place their first bets.

The good news is that the newly regulated market has attracted a lot of interest and attention from established operators. More than 40 of the biggest operators in the country have already requested to join the market by submitting their notice of intent applications to the state commission.

Examples of some of the brands interested in joining the market include Bally’s, DraftKings, 888, WynBett, and more. In total, the state will make 15 online sportsbook licenses available so there is a lot of competition for spots in the market.

The Massachusetts Gaming Commission is expected to meet soon on Thursday, Sept. 8, to forge a plan forward for the sports betting launch in the state. Massachusetts has been waiting for the legalization of its iGaming market for a while now and these new changes should help to complement the already vibrant brick-and-mortar operations in the state.