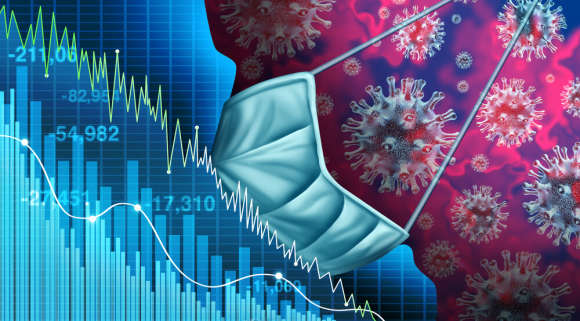 Novel Coronavirus Kills Business in Gambling Capital of the World

Novel Coronavirus Kills Business in Gambling Capital of the World

The gross gaming revenue in Macau, a special administrative region of the People's Republic of China, fell by 87.8% in February due to the effects of the novel coronavirus. Macao is the largest gambling district in the world, its casino gambling appealing to a vast demographic just the same as it does the world over.

Portugal maintained colonial rights over Macau for more than 400 years, and it remained under Portuguese rule until 1999. At that point, it was transferred to mainland China as a special administrative region, maintaining a separate government and economic system.

With a population of more than 667,500 and a land area of only 12.7 square miles, Macao is also the most densely populated region in the world. This makes the spread of the virus in Macao potentially devastating. No matter whether people support gambling per se or have mixed feelings about it, Macau will feel the financial effects of this deadly virus.

Casinos in Macao reported a devastating plunge in gaming revenue during February, following a 15-day closure brought about by the coronavirus outbreak on mainland China. Stock shares of the casino operators doing business in Macao were trading higher previous to the shutdown.

All totaled, Macao’s gross gaming revenue fell by 87.8 percent year-over-year this last February to $386.5 million, or 3.1 billion patacas, according to the city’s Gaming Inspection & Coordination Bureau. The dramatic fall happened after the February 4th 15-day government ordered casino shutdown to help stop the spread of the deadly coronavirus.

However, February was the second month in a row in which the outbreak affected Macao and its gambling business. Gross gaming revenue also fell more than 11% year-over-year in January, tumbling to just 22.1 billion patacas. The January shortfall occurred after Macao was compelled to close its borders with mainland China during the Lunar New Year holiday, January 24-30. This is an especially busy time for gamblers from China to travel to Macao, and gamblers of all ages flock to the casino floors.

Novel Coronavirus Spreads across the Globe

To date, the novel coronavirus outbreak has affected more than 87,100 people worldwide. Likewise, the deadly virus has killed 2,977, nearly a 3.5% kill rate. Those figures are according to the World Health Organization.

Macao is the only place in China where gambling is legal, and the special administration districts get around 76% of their revenue from the gambling industry.

According to the Las Vegas Asian Chamber of Commerce, Las Vegas tourism businesses have seen a decline due to the trade war. It’s still to be seen how this novel coronavirus and subsequent travel ban from China affect Las Vegas, which also sees quite a few tourists from China and Asia in general.

Shares of American gambling corporations, Wynn Resorts, and MGM Resorts International, were both down by nearly 30% from January 20; that was the day the coronavirus was first known to have spread outside of China.

“A big part of our U.S. business relies on the ability of high-end international customers to travel to the U.S.A, including from mainland China,” Wynn Resorts stated in a recent annual report. “Our Las Vegas Operations, as well as operations at Encore Boston Harbor, could also be negatively impacted by the coronavirus travel restriction from China.”

“Strip businesses haven’t noticed any impact from the coronavirus on their Las Vegas properties yet. But currently, the situation is pretty fluid,” noted Barry Jonas, a gambling analyst with SunTrust Robinson Humphrey.

According to the Las Vegas Convention and Visitors Authority, in 2018, visitors from mainland China to Las Vegas made up around 4% of the international travelers to the city.

All this is devastating for Macau, and while it will bring an obvious upswing in online gambling for online casinos all over the globe, Macau’s land-based casinos will truly be feeling the squeeze already--and things are certainly set to get a lot worse for Macau in the coming weeks and months.