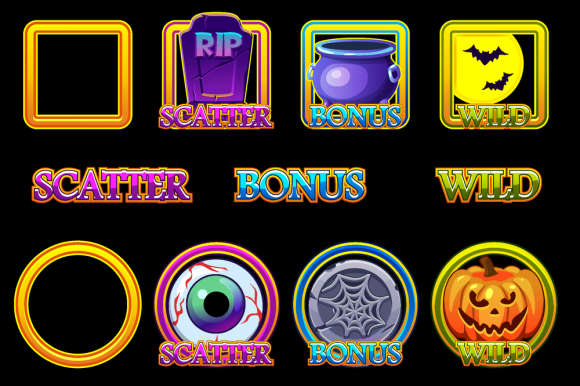 Like many online slot games, Michigan players will also get a dose of the Halloween spirit with newly added online slots. Operators in Michigan have been launching Halloween-inspired games aimed at engaging current players while attracting new ones.  The state currently has 14 online casinos that have grown in popularity since the online casino market was launched at the start of this year.

In particular, BetMGM, which is the current market leader has availed 22 Halloween-inspired slots to its slots customers such as The Haunted Horseman, Halloween Cashpots, Skeleton Key, Devin’s Number, Temple of Fire, Halloween Jack, and more. In total, BetMGM Casino offers punters in the state more than 383 online casino games, which is the highest selection available to punters in the region.

Other casinos, such as BetRivers, are also working hard to ensure that their customers are engaged during the Halloween season. BetRiver currently offers Michigan online players 347 online games, which is the 3rd highest number in Michigan; BetRivers is also 4th in the overall revenue table ahead of Stars Casino, Barstool, and PokerStars MI.

BetRiver’s spooky promotion has been running all month and has been dubbed King Cash’s 13 Days of Halloween. The rules during this promotional period are fairly straightforward- the more a player shows up; the higher their chances of walking away with massive prizes. Like BetRivers and BetMGM, Golden Nugget also had a Halloween promotion for its players.

Golden Nugget had transformed 11 of its slot games such as Night of the Wolf and Blood Suckers into Halloween-themed content. Similarly, Stars Casino also has an array of promotions and bonuses that have been designed to keep their customers as engaged as possible during this spooky period.

Online casino growth in Michigan has been slow but steady

Online casino growth in Michigan has been progressive with the state’s online gaming revenue reaching $102 million this September. This was the highest all-time revenue generated by the state since the first legal wager was placed online in January 2021. Gross gaming revenue from online casino sites grew by more than 5% from the previous iGaming record which was set in August.

As a result, the licensed online casinos in the state paid more than $18.9 million in taxes and fees. In addition to this online revenue, online sportsbooks in Michigan also recorded a gross gaming revenue of $23 million in September and a total of $5 million in taxes. 70% of all the commercial tax money that is collected is directed to the state while the remaining 30% is allotted to the city of Detroit.

Now that the state has managed to pass a vital milestone of generating more than 100 million dollars in market revenue for the first time in 9 months, the Michigan Gaming Control Board is expecting even more growth as the year comes to a close. In August, the state almost managed to reach this milestone but missed the mark at an impressive $97 million. In the state, BetMGM MI still remains the leader, maintaining a 40% share of the market.

The beginning of the busy NFL season, as well as the rollout of live casino games in Michigan, has helped to greatly grow operations in the state. As the market enters a conventionally busy winter period, further growth will be expected.   Michigan has proven that there is a pent-up demand for quality gambling entertainment in the region- and the explosion of online gambling has just begun.

Even though the Michigan online market is growing at a steady rate, approximately 70% of the market is now under the control of 3 major casino operators and BetMGM is at the top of the list with nearly 40% control. This September marks the first time that any single operator has reached the $40 million revenue mark, which demonstrates BetMGM’s top position in the Michigan gambling market.

The second position is currently occupied by DraftKings MI, which edged out FanDuel for the 2 positions by a fraction. Both FanDuel and DraftKings managed to produce approximately $15.4 million in revenue, with less than $100,000 difference between their monthly revenues. The remaining market is occupied by smaller operators offering an array of products and bonuses namely Golden Nugget, Barstool, Twinspires, Wyyn, PointsBet, PokerStars, Rush Street, and several others.

These lower-tier operators combined generated a little over $20 million in gross revenue with Rush Street dominating with at least $6 million in revenue. Wynn and Golden Nugget each generated $4 million. Moving forward, these numbers are expected to improve amidst the NFL season which is ongoing. This is no doubt going to have an impact on the overall revenue that is generated moving forward.

Evolution has partnerships with 9 operators in the state including Barstool, William Hill, FanDuel, PokerStars, Golden Nugget, as well as TwinSpires. Wynn is also expected to debut its live dealer product in the state before the year comes to a close. It is not yet clear whether the 3 tribal casinos, Play Gun, Four Winds, and FireKeepers, will be given the go-ahead to launch their own live dealer products in the state.