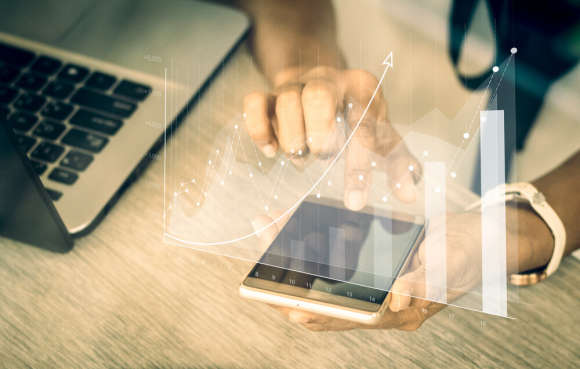 Since the United States Supreme court overturned PASPA, which effectively banned sports gambling nationwide, thirteen states have legalized sports betting. Overturning the Professional and Amateur Sports Protection Act gave every state in the Union to decide whether or not they wanted to legalize online sports betting.

Sports Betting is On a Roll in the Garden State

Since the overturning of PASPA, thirteen such states have legalized this sports betting and gambling. As expected, Nevada, and Las Vegas, in particular, have maintained their top position as the Boss of legal gambling, including sports betting. However, the Silver State isn’t the only game in town now; New Jersey, which quickly legalized online sports betting after the Supreme Court’s Decision, has begun to challenge the long time leader.

For example, as early as May, 2019, the Garden State became the first state ever to exceed the Silver State’s monthly gambling earnings. While this trend has flip-flopped several times throughout the year of 2019, New Jersey has increasingly shown that it may have the horsepower needed to overtake Nevada in the race to become the gambling kingpin.

As stated earlier, only thirteen states now allow sports-related wagers. Furthermore, four of those states currently are not publishing the state figures for revenue. This is due to tribal casino restrictions, PAPSA-grandfather rules, and other limitations currently in place.

However, the remaining nine states, who all have published monthly reports, have not come close to either Nevada or New Jersey. The fact remains, Nevada and New Jersey are by far the winners, raking in a combined handle of more than eleven billion dollars between June of 2018 and August of 2019. That money provides these two states millions in tax revenue as well as economic prosperity for the states at large.

The other states where online gambling is legal only brought in a little more than $1.5 billion for the same period; this really illustrates the unwavering dominance of New Jersey and Nevada in the world of sports betting, as well as gambling in general.

New Jersey’s surge to the top position within the world of sports gambling is likely linked to the state’s aggressive support and approval of online and mobile betting. As everyone is well aware, companies like DraftKings, FanDuel or Borgata make it easy for anyone within New Jersey state lines to place their bets from a laptop, smartphone, or tablet.

The embrace of mobile betting has led to a massive shift in New Jersey compared to other states; New Jersey reports that more than 80% of all wagers placed within the state are made electronically. That could be through a website, or through a mobile app.

While many of the other states that have legalized electronic and virtual gaming in some form, most of did not aggressively advertise this feature right away upon legalization. Rather, they chose to stand behind in-person betting locations, some of which are operated by the same companies as the apps, before making access legal to digital betting platforms. That strategy has proven to be a big mistake, but a mistake that was made nonetheless.

For example, the state of Pennsylvania recently reported a comparable high percentage for mobile betting, but they only began allowing mobile wagers in the last quarter of the year. These numbers could also be inaccurate; this is because some states, such as Nevada, don’t report mobile betting data, or they report it on a delayed schedule.

However, New Jersey and Nevada may quickly become less relevant on the national level; many experts are predicting that Pennsylvania could be the next big player in the online gaming market. This prediction is due to Pennsylvania being the biggest state to legalize online gambling. Pennsylvania has a total of 12 million residents, Nevada has 3 million and New Jersey has 9 million. However, it must be pointed out that Nevada has a much more robust reputation and tourism industry compared to Pennsylvania. Likewise, New Jersey has been building tourism to Atlantic City.

Many experts wonder if the new states legalizing online gambling will hurt Nevada’s prominence. Mr. Micah Roberts, who formally was the Sportsbook Director for Station Casino’s of Nevada, welcomes the competition. He pointed out that people are not going offshore anymore, referring to online sports betting from offshore entities. He argued that Nevada will remain the gaming capital of the United States, and that other states will simply be able to offer bettors a legal way to do what they were doing before. The fact remains, Nevada, and Las Vegas, in particular, have a lot more to offer than an app.

For big sporting events, such as college football’s Fiesta and Rose bowls, college basketball’s March Madness, and events like the Superbowl, Roberts expects that Nevada will remain an exciting tourist destination for sports betting. He believes that the exciting Las Vegas experience will continue to draw visitors as a major player on the map. Las Vegas is a place where people come not only to bet but to enjoy world-class entertainment, regardless of their own home state.

He went on to note that Atlantic City can continue to try, but that it will never be a tourist destination like Vegas. The simple fact is, Vegas is synonymous with a certain mystique, and that’s never going to change.

The numbers for Nevada support Micah Roberts's conclusions; sportsbooks and mobile platforms have generated more than three hundred million dollars for the Silver State in 2019 alone. That’s an increase of more than 20% compared to 2017’s nearly $249 million. Likewise, Nevada continues to dominate the all-time record for month-to-month sports gambling, with around $597 million wagered during the 2018 March Madness. Those figures surpass all other records. The Silver State stands strong and does not fear the competition.

In general, the spread of sports betting is benefitting the states which allow it. The influx of gambling money provides both an increase in tax revenue and general economic prosperity. Curiously, the increase in gambling revenue also provides a window into the overall economic health of every state that allows it, and so far, it’s all good news.