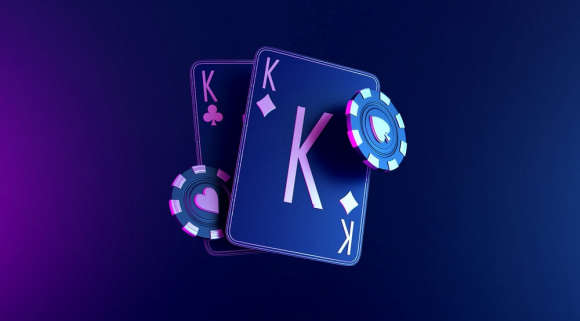 Online slot game lovers were treated to Extra spins all March at Everygame Poker. Everygame offered its spin week bonus to its customers both old and new. To take advantage of the bonus offer, all punters were required to do was log in and deposit funds using a special bonus code. Once deposited, customers could earn extra spins at no extra cost.

Close to $250 was up for grabs from the Spins on 2 slots created by Nucleus Gaming, namely, Dragon Watch and Sands of Egypt. To earn free spins, poker players were only required to enter the secret code ‘LOOKOUT40’ and top up their account, which would award them 40 spins on Dragon Watch.

Dragon Watch is one of the most-played titles on the online poker site and it features a massive dragon that protects treasure. As the player spins, the eyes of the dragon start to glow as close to 8 symbols are stacked at random, thus giving the 3x the icon. Once the dragon roars, the reels are nudged up and down to create the winning combos.

Players can also find golden eggs on the reels, which can be used to initiate the extra spins round of a game. Participants are provided with up to 4X multipliers with instant payouts that are valued up to 20x the wager placed.

Sands of Egypt, on the other hand, required players to deposit at least $50 or more using the bonus code PHARAOH70. When used, the bonus code gave 70 spins on the title. As you can already imagine, the Sands of Egypt is an Egyptian-themed game that features pyramids.

To take part in the game, all players are required to do is collect the symbols of the gods on the reels, which will allow them to advance on the special trail. This is an online slot with a fun twist to it as players never know what will pop up on the reels. The extra spins bonus was only available to Everygame Poker customers for a limited time to incentivize customers to take part.

Although the extra spins deals for the 2 games in question expired in March, Everygame Poker regularly organises such bonuses to keep customers happy and entertained. The online casino often diversifies the offers to feature different casino games including various titles from Betsoft. Each week gives poker players a chance to access new games or their favorite titles from Everygame Poker suppliers.

These bonuses may not seem like much, but they go a long way in providing online poker players affordable opportunities to keep gambling online. Apart from giving free spins on slot titles, EveryGame also gives punters a chance to try their luck in other games including special poker tournaments and events, as well as blackjack deals.

The New Year's extra spins offer was followed up by another tantalizing deal that offered poker platers satellites for the WSOPC Caribbean. The WSOPC Caribbean took place later in the year at St. Maarten. The winner of this tournament was guaranteed a seat in the final WSOPC event.

The online slot tournament to celebrate the Chinese New Year required customers to participate in a special $2000 slot tournament that features slots with tiger themes. Everygame Poker added new games to the event to give customers a taste of something new. The top 16 poker players would then earn a piece of the final cash prize on offer.

A few weeks later in February, EveryGame Poker also offered customers extra spins on Lucky Clovers, as well as Pixie Magic. These 2 slots are some of Nucleus Gaming’s most popular slot games. This bonus was later followed up by extra spins on BetSoft’s newest slot- Lost Mystery chest. Lost: Mystery Chests is one of EveryGame Poker’s newest titles that allows poker players to travel deep into the dunes to uncover buried treasure.

March’s bonus offers were even more exciting with EveryGame organising a special online slot tournament during the first week of the month. In this tournament, players were welcome to compete for a chance to win a slice of the $2000 prize pool by taking part in Mount Olympus and an array of other games from Betsoft. Soon after this, the platform would organize $1 satellites for the Malta Poker Festival.

The extra spins week is a regular special that EveryGame Poker gives to incentivize customers, both new and loyal ones. Every week, the online platform picks online slot titles and other games that allow players to earn spins in exchange for deposits. Every month, the platform also offers extra spins so that customers can try out new games with all the extra spins that they have earned.

The most commonly highlighted titles are usually Betsoft and Nucleus titles. However, every once in a while, the operator also throws other top-rated providers into the mix. To take advantage of the offers, all customers need to do is log in and access all the fun and extra spin deals at no extra charge.