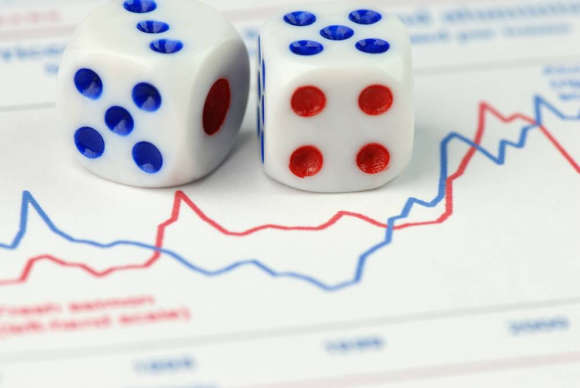 The Nevada gaming market is finally starting to show signs of bouncing back. Nevada saw a jump in revenue for March and for the first time since the advent of the pandemic, retail casinos can finally breathe a sigh of relief. It is no secret that Nevada’s gaming market has been devastated as a result of continued health restrictions and guidelines that have left most punters preferring to gamble online.

But things seem to be on track in a remarkable way as casinos all over the state keep reporting surges in player numbers. As a result, the gaming revenue for Nevada went up by an amazing 67%, which is exactly what casino operators in the state have been hoping and praying for. Nevada relied heavily on its gaming market but revenue has been down since last year when all casinos were shut down for public health safety.

Card games such as poker, as well as table games such as roulette, blackjacks, progressive slots, have also been a fan favorite. Not only can people now play these table games without social distancing at certain hotels, but punters in Vegas have been on a series of jackpot wins worth millions. For instance, a man from Alaska hit a 2.1M slot jackpot after only investing $40 into a Monopoly Millionaire slot machine.

Another player from New Mexico also hit a $10.5 million jackpot after wagering just $5 while playing the Megabucks progressive slots at the South Point Hotel Casino located south of the Strip. A man playing Wheel of Fortune at the Venetian also bagged $2.9 million. All these life-altering wins have done an outstanding job pulling in more visitors and gamblers into Sin City.

Casinos in Reno fared quite well, managing to deliver a huge boost in revenue compared to the same period last year. As a result, Reno casinos generated an excess of $59 million; an increase of more than 163.7%. Casinos in downtown Las Vegas, on the other hand, generated a record-breaking $71 million in revenue.

North Las Vegas casinos alternatively went up by 17% while the Boulder Strip realized a boost of more than 35%. The biggest winners were operators such as Caesars Entertainment and MGM Resorts International, which both boast the most properties on the Strip. Boyd Gaming, which handles 8 properties that cater to local punters in the Metropolitan area also saw jumps in their revenue handles.

Local casinos have been faring much better than those located on the Strip. The 5 casino districts spread across Nevada that do not rely on the hospitality sector for business have been posting great revenue numbers unlike their counterparts on the Strip. These local casinos mostly rely on local punters and gamblers that sometimes drive in from neighboring states such as California.

The NCAA basketball tournament also commonly known as March Madness was a huge contributor to this unprecedented success. March Madness was canceled last year at the height of the pandemic. Experts also attribute the huge jump in revenue to the stimulus payments that were received during the same period thus giving punters more spending power than they have had in previous months.

It also helped tremendously that the vaccination process has been underway now. With more people starting to get back on their feet financially due to increased job opportunities, punters in Vegas were more motivated to gamble than they have been since news of the pandemic broke early last year.

Because of March Madness, sportsbooks in Nevada generated a cool $640.7 million. Combined, the sportsbooks took home a total revenue of $39.3 million, which was a considerable improvement from last year’s loss of more than $37 million.

Casinos on the Strip should expect to keep seeing a jump in revenue as time progresses. That’s because several casinos are now operating at 100% full capacity. For casinos to operate at 100% capacity, they must first prove to the county that at least 80% of their employees have been vaccinated. So far, the only casinos that have managed to prove this are Wynn Resorts, Encore, and Cosmopolitan of Las Vegas.

The 3 casinos received the go-ahead to resume at 100% from the Nevada Gaming Control Board. Due to the consent, the casinos can now lift occupancy and social distancing requirements. The Plexiglas separators that have become a staple at gambling tables will also be eradicated. All guests and staff will still, however, be required to put on face coverings.

The Governor intends for the state to have lifted all the pandemic mitigation restrictions and measures by June 1st, just in time for a newer and better Vegas. Case in point, Resorts World is expected to welcome its first round of guests on June 24th. Resorts World is the biggest hotel project to be undertaken on the Strip in more than a decade.

Resorts World will have a total of 3500 rooms for guests at 3 of its super luxurious Hilton branded hotels. Resorts World has been under construction for more than 7 years. Resorts World will be operated by a Malaysian-based group known as Genting. The Asian-themed hotel has a curved, red-hued exterior which has 3 of the most interactive LED screens on Las Vegas Boulevard.