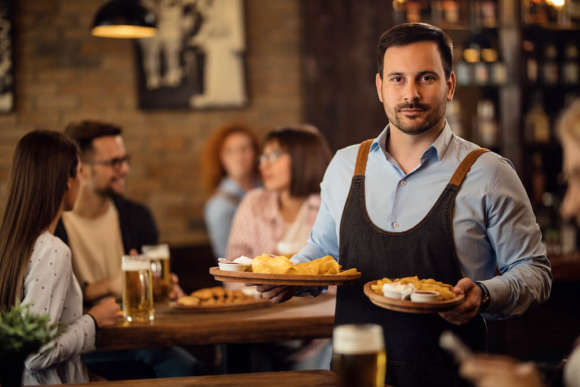 The owner of Maddy’s on Twain recently received assistance from the Nevada Gaming Control Board. Maddy’s on Twain, a small tavern, had applied for a restricted license from the Gaming Board that would see her add slot machines to her establishment. Unfortunately, however, the bar which had closed down with hopes of rebranding as Twain Tavern was subject to a new license unless the owner of the tavern could find a way to grandfather the previous license and its conditions.

To make matters even more complicated for the business owner, she had missed the deadline set by the board for applications for a restricted license, which could only mean that she would be unable to move forward with her rebranding plans.

Debbie Richardson, director of compliance for Century Gaming Technologies, was in attendance at Nevada Gaming Control Board’s restricted license agenda alongside the owners of the strip mall that hosts the small tavern. On hearing the small tavern owner’s dilemma, Richardson, who also runs the most established grandfathering operation in the state, offered to step in and help.

With assistance from the 2 board members, the Control Board was able to reconvene and hold a special meeting just to sort out the Twain Tavern licensing issue. Had the board not met to discuss the tavern’s grandfathering, the business owner would have been unable to move forward with the rebrand.

Thankfully, the three-member board went through all the details of the application and voted to unanimously recommend the tavern for approval from the commission. The commission gave their go-ahead and the tavern will soon put the slot machines into operation after a much-needed rebrand. Best of all, the tavern will keep its gaming license and will hopefully manage to attract the influx of visitors that have been arriving in Vegas over the last couple of weeks.

Nevada has always had a taxing palliation process of restricted licenses

Nevada easily has the largest collection of slot machines than anywhere else in the country. The state is unlike others in that it allows business owners including grocery store owners and bars to supplement the income from their primary businesses with profits acquired from gaming devices. However, only a fraction of businesses are eligible to have gaming devices at their premises.

For a business to place up to 15 slot machines in one location, the business owner must first apply and obtain a restricted gaming license. The application procedure for a restricted gaming license is often challenging and complicated. Before the Nevada Gaming Commission issues business owners with a restricted license, the business owners must prove to the commission that they have sufficient space to house the slot machines as well as their primary business. For businesses that are allowed to sell alcoholic drinks at retail, they must have at least 2,500 square feet.

It is generally a lot harder for business owners to get a restricted license for locations other than grocery stores, drug stores, bars, taverns, or restaurants. While one may occasionally find slots in other locations across Nevada such as gas stations and donut shops, these locations are typically grandfathered, which is a process that takes years to complete.

When an applicant wants a restricted license, they are usually forced to complete and submit to the gaming board an exhaustive application that covers one’s personal, financial, and criminal history in great detail. The investigation to award a business owner with a restricted license is typically long and can be very intrusive on the applicants and those around them

After the investigation has been completed, a report is usually submitted to the board which then schedules an application for consideration at a public hearing. The applicant is typically invited to attend by letter during the monthly meeting by the board.

Usually, most investigations for restricted licenses go smoothly and the board sometimes doesn’t even require the applicants to attend. After the first consideration at a public hearing, the board then schedules a separate gearing for final consideration.

During the final consideration, the business owners are asked to attend in person in case they need to provide the board with any additional information. If an applicant fails to appear during the last meeting, the denial for application is thrown out.

Apart from being lengthy and intrusive, the application process is also often costly. Every business owner that seeks a license is required to part with a $150 application fee, as well as an investigation fee worth $500. The fees paid are usually non-refundable. The board sometimes also requires business owners applying for the restricted license to pay supplementary investigative fees, which must be paid in advance.

Because each business owner’s application is unique, there are generally no set rules as to how long an investigative process should take. Generally, the process from filing to the public hearing can take as long as 8 months but this estimated time frame can be impacted by many different factors.

Regulators in the state recently organized a workshop that could see casinos in the state start to offer full online gaming. The regulators are also looking to change the rules governing in-person registrations for mobile wagering accounts. The workshop, which took place on May 13th, is the first in a long line of steps that could see Gaming regulation 5A changed for the better.

Specifically, the gaming regulators were keen on having provisions that limit interactive gaming in poker eliminated while adjusting the authorized player requirements. The remote registration for mobile sports wagering is something that major casino operators in the state have been opposed to because these operators have always maintained that mobile betting would greatly impact visitors arriving at their brick and mortar casinos.

But the state can no longer ignore the power of mobile betting, especially in the pandemic. States such as Pennsylvania and the Garden State generated a tremendous amount of revenue with iGaming last year and other states including Nevada are looking to cash in on the demand.