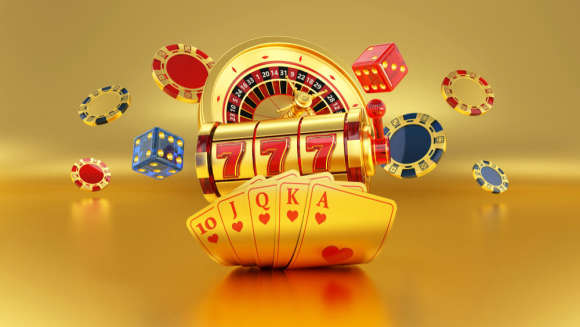 NetGaming has introduced a brand-new slot titled Juicy Gold 100 Slot. The brand new Juicy Gold 100 will be an extremely volatile slot that comes with a 5-by-3 grid. The game also boasts an impressive base game return-to-player of approximately 94%.

The game contains a vintage appearance but also comes with an array of cool components like the 100x multiplier that players can utilize in the Free Spins level. Although NetGaming has done its best to add improvements to the classic, punters will be happy to know that the concept of the slot game is still very accessible and easy to follow.

For players that prefer jumping to the Free Spins Level right away, NetGaming has created the Bonus Buy feature that gives the players some element of traditional control. When a player selects the Bonus Buy option, they are immediately introduced to the reels, which in turn generate the bonus symbols.

The bonuses that slot players are given are highly dependent on 5the number of free spins that a punter has access to. In terms of design, the team and NetGaming did a marvelous job of creating a cohesive yet stunning design. As the free spins progress, punters stand to unlock different multiplies ranging between 2x and 100x.

NetGaming is one of the relatively newer companies as it was only founded in 2019. Even though the brand has only been around for a short time, it has managed to cement itself in the fast-growing iGaming market in the country. The result has been an impressive portfolio of more than 30 high-quality games from an array of verticals including slots and table games.

Some other popular titles in its portfolio consist of Treasures of Egypt, Skulls Gone Wild, Guardian of Prosperity, and more. Most of the slot games in the brand’s extensive portfolio can be easily accessed by punters in various gambling jurisdictions including Curacao, the UK, as well as Malta.

Recently in August, NetGaming became the newest slot developer to join Livespins. As a result of this new partnership, NetGaming’s studio’s full suite of products is now available through LiveSpin’s vastly ground-breaking gambling platform. Since the deal was finalized, superstar streamers that call Livespin home have been enjoying NetGaming’s products in broadcasts.

Some of the slot titles that have been added to LiveSpins’ platform include Battle of the Castle and Skulls Gone Wild, as well as the branded slots discussed above. This recent partnership with LiveSpin will allow NetGaming to continue generating awareness for its games among the online casino gaming audience in the country. LiveSpin is quickly growing into a formidable brand and has taken the North American gambling market by storm.

LiveSpin’s streaming platform allows punters to get involved in the action rather than just sit back and watch. LiveSpin does this through its one-of-a-kind bet-behind feature that enables punters to back their preferred streamers in real-time. This is what consequently creates a group wager, as well as a shared experience with other punters.

As you can deduce, social interaction is a critical part of the gameplay and is indeed what allows the streaming platform to easily stand out among others offering similar services. Not only can players stop and chat with one another throughout, but they can also input their reactions to any activities occurring across the different reels.

While punters play an important role in making sure that the games and streams are exciting and successful, high-quality content also goes a long way to ensure success. That’s why LiveSpin opted to partner with NetGaming owing to its high standard of games, themes, and technology. Slot streaming is growing into a major business as punters continue to explore more ways to engage in thrilling gambling experiences.

In June this year, NetGaming also signed a brand new content deal with 888 Holdings. This deal will see NetGaming provide punters with a formidable portfolio of casino gaming titles. This new partnership will benefit both brands as they continue to seek new ways to expand and grow.

888, in particular, will benefit from NetGaming’s extensive range of intuitive casino games that have been created for contemporary gamblers. Indeed, NetGaming’s casino titles always stand out as a result of the exciting gameplay on offer. These games will help the 888 brand continues to keep both its old and new customers entertained.

This partnership with 888 covers the UK, as well as other international jurisdictions, which will allow NetGaming to make good on its goals for expansion. 888 casino is easily one of the most established and most recognizable brands in the gambling industry. As such, this association will also give NetGaming the credibility the brand needs to keep growing as well as forge more similar strategic partnerships.

NetGaming will likely keep attracting more partnerships as it continues to establish its presence not just in North America but beyond. NetGaming’s content is innovative and disruptive, which is why the brand will likely keep attracting more customers in the coming years. In particular, NetGaming’s Juicy Gold 100 promises to be a major hit with both experienced and novice slot players.