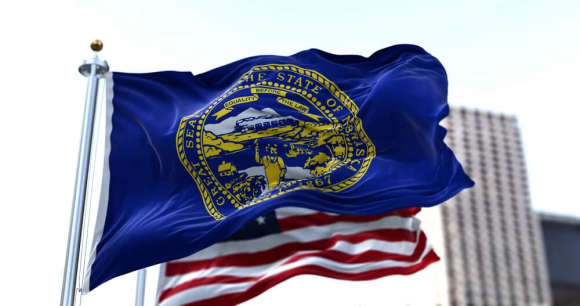 The state of Nebraska will finally have a taste of casino goodness right within its jurisdiction. This is based on news that a casino, the first ever in the state, has been scheduled to launch operations in the city of Lincoln. Even though the dates have been set, the actual roll of events will only kick off if the state gaming commission grants its approval.

Perhaps as a step in testing the market before diving in, the casino which will receive its first patrons on Saturday will be temporary. The proposed premises of the casino will be the Lincoln Race Course Thoroughbred track and over 400 slot machines have been installed.

According to the president and CEO of Ho-Chunk Inc., Lance Morgan, the management of the new casino is optimistic that the outcome of the license application will be in the affirmative. Ho-Chunk Inc., is the economic branch of Winnebago Tribe of Nebraska which also operates WarHorse. Although the management of the online casino is eager to hit the ground with tangible business, they are not leaving player wellbeing to chance. Part of the opening promotional materials has been designed to urge problem gamblers to file a self exclusion form. The exercise will be voluntary but taking it will mean that a player will not be eligible for casino admission or actual gambling.

Gambling addiction is as serious as any other addiction that exists out there. Mike Sciandra who is a resident of Lincoln, a gambling counselor, and recovering gambling addict, has revealed that those affected are not even aware that they have a problem. There will be a weekly meeting of the Nebraska Racing and Gaming Commission which will be held on Fridays to discuss the final steps of the WarHorse Gaming casino license acquisition.

The WarHorse has created a gaming floor with room to accommodate 433 slot machines out of a simulcast/sports bar facility. Around the gaming arena, is a hotel and betting complex which was set up at a cost of $200 million.

There is a buzz of excitement among investors as well as among gambling enthusiasts around the state. It is no wonder that there are talks of constructing a second casino soon. The new location has been marked within Omaha’s Horseman’s Park but this will be preceded by a temporary casino. According to the construction schedule of the temporary premises, patrons will start getting into the action core from around April or May.

The Horsemen’s Park building is a facility that dates back to about 28 years and investors have insinuated a total tear-down to accommodate the new structure. The location of the temporary Omaha casino will be the infield of the racetrack. Morgan has revealed that there will be a third casino which will be set up when construction work on the first two casinos has been finalized. This third casino will be located at the former Atokad Park racetrack in South Sioux City.

At the moment, the casino industry in Lincoln is at infancy stage so there is really nothing much to report on it. The focus however is to spend every available penny wisely to reap maximum benefits from the upcoming projects, as was disclosed by Lynne McNally, CEO of the Nebraska Horsemen’s Benevolent and Protective Association.

Part of the action that will be taking place within the permanent casinos will include thrill from slot machines and suspense from blackjack and table games. McNally has predicted that the gambling facility at Lincoln will generate an estimated $5 million every year from property tax relief for Lincoln and Lancaster County. State officials have projected that the statewide to a property tax relief program will be receiving an extra $100 million from casino gambling after it has been fully implemented.

On the same day of opening the first Nebraska casino, the Lincoln Race Course will be rebranded and name “Legacy Downs.” This move has been planned as a way to honor the long-running Thoroughbred horse racing industry in the state. Back in 1934, the voters of Nebraska voted in support of pari-mutual betting on horses. For many decades since then, it was the only state which offered this type of gambling.

Sciandra and McNally have called upon all residents of Nebraska who have a gambling problem to sign up for the self-exclusion program that runs its schedule through the state gaming commission. Given that some states such as Iowa have similar registries, self-exclusion is a good way for casinos to restrict high-risk players from betting. If someone on the self-exclusion list somehow makes their way inside a casino, they forfeit any wins and could be charged with trespass. Sciandra urges players who are easily tempted to declare their stand from the word go.

In Iowa, the number of casino players registered on the “don’t admit” list is between 8,000 and 10,000 at any one time. The Iowa Racing and Gaming Commission reports that 1-2% of all gamblers have been diagnosed as addicts, with an additional 4-6% deemed problem gamblers.

When the motion to pass the casino gambling law was presented to the people of Nebraska in 2020, it was voted in overwhelmingly, even allowing betting in licensed racetracks around the state. Popularly known as “racinos”, the existing racetracks in Omaha, Columbus, Lincoln, South Sioux City, Grand Island, and Hastings are a point of interest. This interest has caught up with Ogallala and Norfolk, but before any new racinos are licensed, the State Racing and Gaming Commission will have to conduct an impact assessment of additional gambling on communities, horse racing, and other gambling facilities.

It has been a cool 4 years since the US Supreme Court granted legalized gambling and Nebraska has just joined in the business. Covid-19 is safely out of the way so there is every reason for this market to thrive.