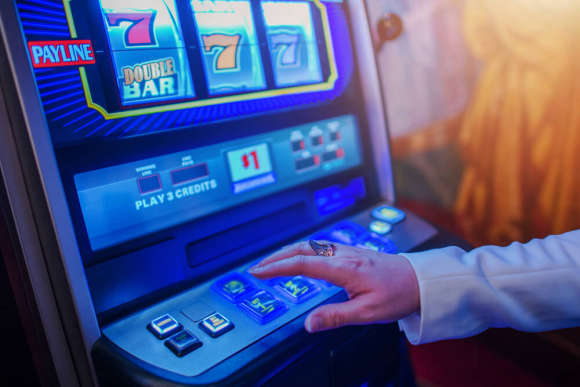 Mississippi casinos, like some parts of the country, are no longer implementing restrictions that were issued by the Mississippi Gaming Commission in a bid to keep infection cases low. All requirements mandated by the start last year on March 4th have been canceled. Casinos in the state have been operating at 75% capacity of their individual fire codes since last year.

As part of the regulations, punters and staff were required to cover their faces while slot machines had to be cleaned every two hours to cut down the risk of infection. But unlike other states which still rule out banning in public or on the casino floor, Mississippi has been allowing its punters to vape and smoke freely on the casino floor as they gamble.

The only casinos to go smoke-free was the Island View Casino Resort in Gulfport, and it did so voluntarily. Although strict social distancing guidelines and face coverings are no longer a must. The casinos are still mandated to maintain stringent cleaning protocols. Casinos in the state have been operational since May 21st, 2020.

All 26 casinos in the state currently offer legal sports betting, which is great news as sports betting revenue saw a boost, managing to generate approximately $248.8 million in gambling revenue for March 2021 compared to the previous month’s $109.9 million. This translates to an increase of over 126%. In March, casinos in the state were still operating at 75% capacity.

In March, sportsbook generated $50.5 million, an upsurge of 5.6% compared to February’s $47.8 million. The revenue taxed from sports amounted to $5.2 million. Overall, the total sports betting handle for the casinos in the state’s Coastal region, which is made up of areas like Gulfport, Bay St. Louis, and Biloxi, totaled $33.4 million with the taxable revenue amounting to $3.1 million.

It’s not just sports betting that enjoyed impressive results in March 2021. The Magnolia State’s slots and table games also saw considerable rises. Slots generated $2.514 billion, realizing an increase of 44.4% from the previous month’s $1.741 billion. Table games, on the other hand, saw a March handle of $165.1 million, an increase of 21.8% compared to February’s $135.5 million.

Magnolia State still does not have mobile sports betting

In the state, mobile sports betting is only permitted within the casinos themselves and is not legal for punters to wager through apps outside the confines of the casinos. Several attempts have been made to rectify this issue with 3 bills. The first of the bills titled SB2396 was proposing that the state’s 26 commercial casinos be allowed to operate sportsbooks.

The other 2 bills, SB2732 and HB1042 proposed that the existing legislation simply be amended to enable mobile sports betting across the state. Had SB2732 relieved overwhelming support, it would have ushered mobile sports betting across the state. However, none of these bills were successful which means punters must still avail themselves for in-person betting at the premises of choice.

It is evident that the state has been leaving a lot of money on the table without a legal mobile sports betting framework. If legalized, mobile sports betting apps in the state would be a very welcome addition for punters. Not only would a mobile app allow punters to wager on the go, but it would also offer more in-game options.

When punters have more variety as to where they want to wager, whether ticket writing, kiosks, or apps, then it makes sense that more of them would sign up in their masses, which is exactly what the state has been banking on to boost revenue numbers. In states that enjoy thriving sports betting markets such as New Jersey and Pennsylvania, at least 80% of all wagers are done via mobile phones.

And even though mobile sports betting is only allowed in the casino walls, no casino has yet actualized an app to be used within its property as it would simply be too costly to do so. It also wouldn’t make sense as there would already be bettors willing to wager in person, which eliminates the need for mobile betting in the first place.

Mobile sports betting is something that the state needs to anticipate in the future if it has hopes of joining states such as New Jersey as market leaders. Unfortunately, 2021 is not an election year, which means that it will be almost impossible to get that type of legislation passed before the year is up.