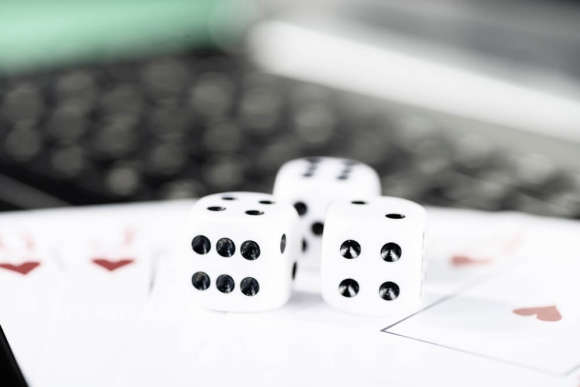 Michigan’s entry into the online betting market couldn’t have come at a better time and it shows. The online betting scene in the state has been gaining momentum since its launch in January this year and it doesn’t appear as though things will slow down anytime soon. If things continue going as they have, Michigan could soon overtake others as the premier internet sports betting and gaming market in the country.

Just how much online casino revenue was made by Michigan in March?

Michigan stands as the 4th state in the country to generate monthly revenue of more than $90 million in online casino and poker earnings. The only other states that have managed to collect more in a single month are Nevada, Illinois, Pennsylvania, and of course, New Jersey. Of these 4 states, none were able to generate such a staggering amount within such a short period of legalization, which speaks to Michigan’s true potential.

Sports betting operators reported an estimated handle of $359.5 million while the gross sports betting revenue averaged $32.3 million for the month based on data provided by the Michigan Gaming Control Board. Sportsbooks alone amassed a cool $384 million from both online and in-person sports bets in March, which was an increase of about 17% from February’s take.

It is easy to see why the market has been gaining momentum since its launch in January. Even though the vaccination process has been underway for some time now, which could be a sign of better things to come for the brick-and-mortar casino market, people still largely prefer to gamble safely at home. It also helps that March Madness was in full-blown swing, which probably helped to considerably fuel interest in sports and online betting.

The money generated from sports betting will go a long way in helping Michigan to start its recovery efforts. The funds from online and sports betting will be used to fund the city’s K-12 education system whilst repairing the damaged economy. The state will soon cross the $1 billion in lifetime earnings mark, which has been quite an accomplishment in one of the most challenging periods of history.

As the summer months approach fast, the state is expected to make even more of a killing than it has these past few weeks. As of March, the number of operators in Michigan had reached 12. Of all the 12, BetMGM, which is linked to MGM Grand Detroit Casino, led the others managing to generate an impressive $30.8 million in gross revenue in March.

As far as online revenue is concerned, Detroit's MotorCity Casino Hotel and its allied provider FanDuel generated the highest total handle of almost $107.2 million. BetMGM, on the other hand, enjoyed the highest gross revenue boasting more than $8.7 million. The Michigan Gaming Control Board. also reported that Detroit's 3 casinos generated close to$114 million in revenue. This revenue was acquired from on-site betting offerings like table games and slots.

Casinos in the state were permitted to reopen at the end of last year after an extended shutdown but have been operating under capacity limits. Online betting is exactly what the state needs to start the long road to recovery. The added revenue acquired from online gambling will help to supplement any revenue losses that have been the norm for brick and mortar casinos.

Because of reduced capacities, tax payments from the slot machines and table games have been reduced by as much as 30%. But owing to online gambling coupled with sports betting, many casinos have performed and will continue to perform well in the next coming months.

Mobile gambling has been the greatest contributor to this growth

If it wasn’t for mobile wagering, Michigan would probably not have performed as exemplary as it has in the last few months. Mobile betting has been one of the biggest revenue drivers for many of the other states that have also experienced similar rates of success. The convenience, as well as the ability to gamble on the go, has opened up a whole new host of opportunities for not only punters but also the operators in the states.

Lawmakers in the state passed House Bill 4916 late last year in December, which paved the way for both legalized online and retail sports betting. All of the state’s 26 brick-and-mortar casinos will most likely acquire sports betting and internet gaming licenses from the Michigan Gaming Control Board.

The state’s 3 commercial casinos and its 23 tribal casinos are all also allowed to offer online gaming. This is a scenario that has not been seen anywhere else in the country and it is proving to be a massive success for the state. Michigan operators also enjoy some of the lowest taxation rates on sports betting in the country at 8.4%.

Other states, such as Pennsylvania which levies 36%, have to contend with much higher tax rates, which makes Michigan the most attractive state for investors and operators looking to make a mark in the American sports betting market. As a result of these legislation and regulation perks, Michigan is looking very exciting for many from a marketplace and a bettor’s perspective.

It is hard to envision how the launch of online gambling in Michigan could have gone any better. It has taken less than 6 months for Michigan to join the league of established gambling markets like New Jersey.

Michigan is only still in its early stages which means that it could easily surpass all these online gambling giants before the year’s end. The other top markets including Illinois, Nevada, Pennsylvania, as well as the Garden State all know that Michigan is the one to watch thus far.