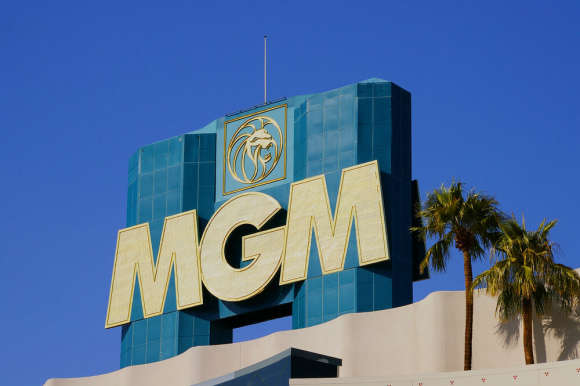 Not too long ago, Chicago sent a request for a proposal to construct a casino resort in the country’s 3rd largest city. The Mayor of Chicago Lori Lightfoot announced the RFP for the single resort in Chicago in early March. The resort is expected to consist of a hotel, dining experiences, entertainment, as well as convention facilities.

As you can expect, several companies looking to take advantage of the opportunity presented by the burgeoning Chicago market responded. But it doesn’t look like MGM Resorts will be taking advantage of these opportunities that lay in wait for investors. MGM International CFO Jonathan Halkyard has described the situation as too complicated and that the casino operator is not keen on investing its resources in Chicago at present.

That’s because Chicago has one of the highest tax rates in the country. To put things into perspective, if slots generated a revenue of $225 million and $1 billion, they would be charged a tax of almost 50%. As such, MGM Resorts is opting to stay out of the bidding process due to the unattractive nature of the taxation system that currently exists in the city.

Mayor Lightfoot had expressed previously that she would be happy if Las Vegas operators applied. And even though MGM is no longer a possibility, rumors have been swirling around that Wynn Resorts could be a true contender as the brand has already publicly expressed its interest in the Chicago market. Unlike MGM, Wynn Resorts responded to the request for information with zeal noting that Chicago had one of the most significant gaming markets and growth opportunities in the country.

When the request for information was sent out, it asked the applicants to respond to basic questions such as the location of the proposed casino, the estimated cost of the land to be used, the estimated construction period, as well as how many rooms would be constructed.

Mayor Lightfoot hopes that the licensee will be selected before the end of the year as the request for proposals was sent out early in April. The Mayor has stated that she will work closely with regulators to see that the process is expedited so that the Chicago casino can be up and running by 2025 at the latest.

Challenges have been nigh

It is not often that a city of Chicago’s magnitude sends out RFPs of this nature for sole operators to earn exclusive licenses to operate a casino. The city’s expansion of its gaming market, which was originally approved by legislators in the state was delayed by conditions that made the project unappealing, such as the state’s insanely high taxation rate.

As a result of the heavily worded laws, any casino operator’s profit margins that sign up would be ridiculously low. The high taxes combined with other operational costs would lead the operator to suffer low single-digit margins at any of the 5 sites that have been put up as potential locations.

However, the city has done everything it can to rectify things by bringing down the tax rate. The state-approved proposal to amend the tax structure experienced numerous challenges. As a result, before a resolution was reached in spring, it had taken the state years trying to make Chicago a more palatable option for operators and investors alike.

The Chicago casinos scene has been part of a state-wide gambling expansion that was spearheaded by Gov. J.B. Pritzker’s bill. The governor’s bill was signed into law early this spring. The Governor has been hoping that the funds generated from casino revenue will be later injected into his Rebuild Illinois” infrastructure program, which is estimated to cost at least $45 billion.

Mayor Lori, who has only been in office since May just as the legislation was taking shape, faces a considerable task ahead as she struggles to convince big-name casino operators from Vegas to take advantage of the massive opportunity offered by the state.

According to a study done by city officials, despite the high taxation rate, a city casino has the incredible potential of dwarfing revenues generated by other casinos in the state by millions. As such, finding an operator is not only in the best interests of the city but the state as well.

The study has even gone as far as stating that the city casino once completed might become the highest-grossing casino in the state, possibly capable of generating more revenue than the current top operator- Rivers Casino in Des Plaines. According to information shared by the Illinois Gaming Board, Rivers Casino generated an estimated $441.8 million last year.

Despite MGM’s apparent lack of interest in bidding for the Chicago casino, the major doesn’t appear to be too concerned. Recently, the mayor also shared the particulars of the request for proposal, detailing what each applicant should submit in their proposal.

According to the RFP. The integrated resorts will feature:

The first request of information generated a good number of responses-11 in total. Among the operators that have expressed interest in the budding Chicago gaming market include Rush Street Gaming, Hard Rock International, as well as the aforementioned Wynn Resorts.

Of these applicants, Rush Street is the only operator that currently has a license to operate in Illinois. Rush Street operates the most successful casino; the River Casino in Des Plaines that offers both retail and online sports wagering.

Online casino gambling is going to be big business in Illinois and whoever wins the bid for the Chicago casino stands to reap huge rewards. Now that requests for proposals from interested companies have already been submitted, the state now needs to pick a winner so that the planning and construction process can begin.

Until the casino is completed, punters in the state will still continue enjoying the sports betting products available as well as mobile sports betting, which has been legal in Illinois for a while now.