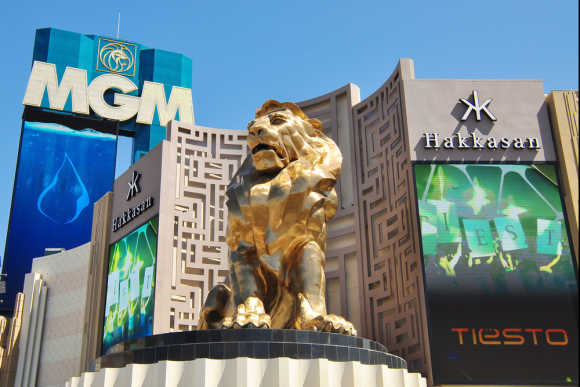 MGM Resorts has increased the price of rooms at its Las Vegas Strip hotels yet again through fees for added extras.

The company has increased its resort fees by $6 a day, a price that isn’t included in the advertised price when booking.

Resort fees are costs added to a hotel booking when processing payment. These are said to cover the cost of amenities such as hotel gyms, WiFi, and daily newspapers. The rate is charged daily.

In March 2018, the resort fee for top-tier MGM venues Bellagio, Aria, and Vdara was $39. This month, the three marquee strip venues are charging $45, matching the fee for the Wynn hotel-casino, The Palazzo, The Venetian, and the Waldorf-Astoria.

The total resort fee for all three properties, with tax included, is now $51.02.

When rumors of the increase broke in July, the company refused to confirm it.

Then, a statement was suddenly made just before the fees went into action on August 1.

MGM said: “We are constantly evaluating prices to ensure they properly reflect the business landscape and the services and amenities they support.”

It added that the fees are comparable with those of other luxury resorts in Las Vegas, and fees ‘are based on local and nationwide marketplace standards, including the bundled costs of amenities and services included with a stay’.

The company has already received backlash for its March 2018 price increase, which came into play after the October 2017 mass shooting.

At the time, the casinos were pleading with tourists to continue visiting and supporting the area.

Before the increase was announced, CEO Jim Murren said: “Without you, they [casino and hotel workers] don’t have a job. You are doing what you can. You are coming here supporting this destination and helping those families take care of themselves.”

These fees have been a controversial topic in the States for quite some time now.

Nebraska and the District of Columbia attorneys general recently filed lawsuits against the Hilton and Marriott International respectively, alleging they were hiding the true price of their rooms and claiming it was ‘drip pricing’.

The resorts don’t appear to have a real reason behind the increase - MGM Resorts enjoyed $3.22 billion in revenue in the second quarter, up 13% from Q1.

Shares in the company rose by 6% following the healthy report findings.

The company is currently undergoing a restructuring, however, with the aim to reduce costs, drive margin improvement, and help the land-based resorts to continue growing.

MGM’s plan included cutting its workforce by 3%, meaning around 2100 people are set to lose their jobs.

In a press release, Murren said the goal of the changes is to ‘transform the way [the company] operates and leverage the most effective operational architecture’.

Looking for a safe online gambling site with the best and latest online bonuses? Visit our homepage for the latest best deals out there.