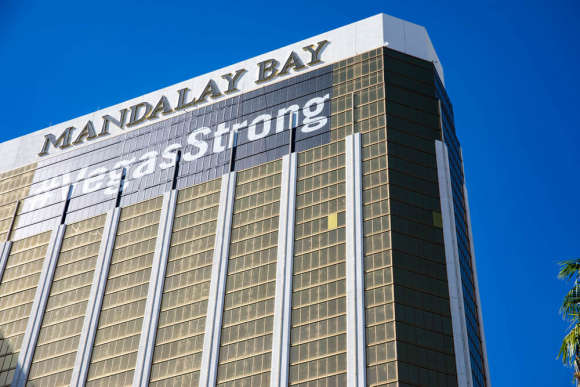 MGM Resorts International will donate two acres of its land to be used as a permanent memorial for the victims and survivors of the 2017 Las Vegas mass shooting. The land is the site of the deadliest mass shooting in modern American history.

Sixty people were killed, while 800 were injured when a lone gunman shot at festival-goers at the Route 91 Harvest music festival on October 1, 2017. The gunman shot from the nearby Mandalay Bay resort and casino.

The gunman shot himself. An estimated 22,000 country music fans had attended the festival.

The site of the shooting has remained idle since that fateful day.

In a statement, MGM Resorts said: “Having a permanent memorial commemorating the victims and heroes of 1 October is vital to our community’s continued healing, and we are honored to donate a portion of the Village site to help bring that memorial to fruition. We look forward to supporting the committee as it proceeds with planning for the memorial.”

Prior to this announcement, Clark County officials had sought public opinion on what artistic, design and educational features should be included in a memorial to remember the mass shooting on the Las Vegas Strip.

According to the AP, 65 percent of the more than 6,000 people who responded to the survey over a two week period said it was extremely or very important to have the memorial at the site across Las Vegas Boulevard from the Mandalay Bay resort.

However, less than one in five of the respondents were opposed to the site being located on the Las Vegas Strip, in favor of it being set up elsewhere. They argued that they had PTSD from the attack.

Clark County officials are now asking for input on design and education features for the memorial.

“The survey is an important step in an ongoing communitywide conversation about the best way to memorialize what occurred. We will create a lasting memorial to remember, but getting the input of those affected is key to the success of this endeavor,” Tennille Pereira, the chairwoman of the memorial committee and director of the Vegas Strong Resiliency Center, was quoted saying.

Of MGM’s land donation, Clark County Commissioner Jim Gibson said: “They’re a part of this community. I think it demonstrates as much as anything does that their heart is where it ought to be as we work on this.”

Details of the attack

According to the Poker News Daily website, on October 1, 2017, 64-year-old Stephen Paddock, a regular high-stakes gambler in Las Vegas, booked a room on the 32nd floor at the MGM-operated Mandalay Bay. He had more than two dozen firearms, most of them AR-15 and AR-10. He fired more than 1,000 rounds into the crowd, an attack that lasted about 10 minutes.

A month or so later, a group of 450 shooting victims sued MGM for lax security that allowed Paddock to bring that many guns to his hotel suite. The guns were carried in suitcases and Paddock had received help from oblivious hotel staff to carry the bags to his room.

Initially, MGM counter-sued, saying it was not liable. However, in October 2019, MGM agreed to pay the victims $800 million.