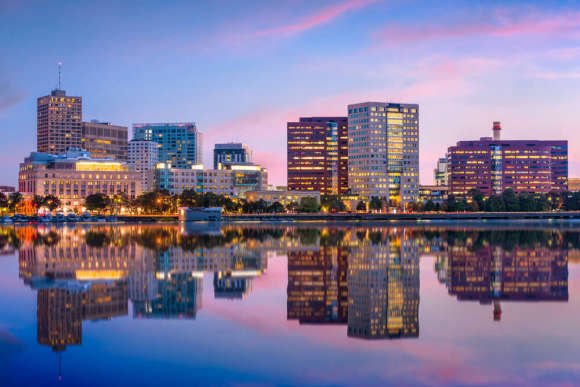 Massachusetts gambling regulators are seeking public comment on whether to re-open the competition for the state’s final casino license.

The third and final license, reserved for southeastern Massachusetts, would give permission for a casino to open up in an area that is already home to Plainridge Park, a slots parlor and racing track.

The Gambling Commission posted the query on its website last week and is welcoming public opinion until 5:00 pm on March 16. When the state last considered applications for the license, it received only one proposal: for a $677 million casino at the Brockton Fairgrounds.

New Bedford proposed a similar project for a $650 million casino and resort, but a poor funding plan meant developers had to withdraw from the competition.

Ultimately, the commission decided to decline the only plans left standing in 2016 due to a dip in the need for a casino in the area, which could worsen if the state was to legalize online casinos.

Mass Gaming and Entertainment, the company that proposed the casino, has repeatedly asked the state to reconsider. An investor in the project, Neil Bluhm, has urged the Commission to take quick action on the proposition, threatening to withdraw his support for the construction if it does not, but nothing changed. Bluhm is the Chairman of Rush Street Gaming, the parent company of newly formed Mass Gaming and Entertainment.

He expressed his concern that the gambling regulator may have been purposely delaying the choice, accusing them of awaiting the resolution of a proposal from the state’s federally recognized Mashpee Wampanoag Indian Tribe.

According to Boston CBS the Mashpee Wampanoag tribe has already proposed a resort worth close to $1 billion in nearby Taunton, and the Aquinnah Wampanoag tribe is building a gambling hall on Martha’s Vineyard.

Separately, the Commission is also soliciting experts to answer questions about conducting a market analysis to examine the economic impact of building a new casino in the region. It is believed that if games such as online slots are legalized in the near future, Massachusetts could see a decline in land-based revenue.

For now, however, the state does not allow online betting or sports betting. Residents can bet on their favorite horse or greyhound races online and can take part in fantasy sports betting - the most popular way around the state’s laws.

Massachusetts could be the next state to legalize online poker as the problem of residents playing in illegal offshore poker rooms grows. In the eyes of the Commission, offshore sites come with a great deal of risk and playing on one is a punishable crime. As for sports betting, the state doesn’t seem ready to change its stance any time soon.

For now, however, the Gambling Commission is asking four important questions before securing its next move:

Those who want to answer the questions are asked to email their comments to mgccomments@state.ma.us with ‘Region C’ in the subject line, or mail letters to the Commission found at 101 Federal Street on the 12th floor.