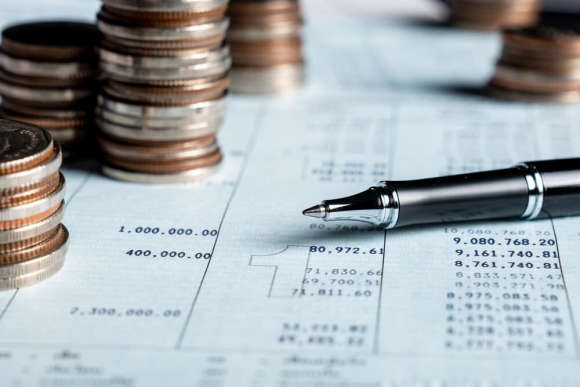 Commercial casinos in Massachusetts have failed to beat March’s record-breaking performance. The 3 casinos managed to produce a joint handle of $792.7 million, which was impressive but not quite as good as the $836 million that was generated in March 2022. Combined, the casinos also produced total revenue of $99.2 million in April.

The exact figure that was generated by the trio of commercial casinos was $792,716,352. This was a drop of close to 4% compared to March’s record-breaking performance. April’s performance was the third-best recorded by the state, behind only March’s recent record and July 2021 which saw $807 million generated.

Once again, Encore Boston Harbor topped the revenue table in April 2022 with $427.73 million. This was the casino’s second-best performance after March. Rival MGM Springfield produced $205.1 while Plainridge Park managed a respectable $178.7 million. Even though the handle did not match March’s record, it was still higher than the $709.9 million that was produced by the trio in April 2021.

Just like in handles, Encore topped the revenue table in April 2022. Encore generated $63.74 million compared to the $64.87 million it managed in March 2022. MGM, on the other hand, produced $22.54 million in revenue while Plainridge trailed with $12.9 million.

Encore also paid the state $15.9 million in taxes while MGM contributed $5.6 million. Plainridge, alternatively, shelled out $6.3 million to the state in taxes.

March 2022 was Massachusetts’s best performance yet

In March, Encore led the revenue table followed by MGM Springfield, which produced $216.69 million in handle. This performance was Springfields’ second-highest total since it debuted operations. Plainridge, on the other hand, also performed well with an impressive $177.27 million generated in March 2022.

In total, the 3 commercial casinos in the state produced a revenue of $102,085,219, which was the first time that the state hit the 9 figures mark. The revenue generated in March was an increase of 19% compared to February’s revenue of $85.6 million. March’s revenue also beat the previous revenue record that had been set in October 2021 by an excess of $6 million.

At present, the 3 brick and mortar casinos are the only options that local punters have. That’s because the state is still yet to legalise real money online casino gambling. The youngest entrant in the Massachuset gambling market, Encore Boston Harbour, opened its doors to eager punters in the summer of 2019 and has been attributed to boosting the revenue to these stellar numbers over the last two years or so.

The Encore Boston Harbour was a $2.6 billion casino project situated in Everett. The Encore Boston Harbour features a luxurious European Style interior with suites for guests and gamers available. In total, the casino has 15 bars and restaurants, and clubhouses. The 3.1 million-square-foot commercial casino also boasts a 17-treatment room spa but it is the casino floor that gets the most action.

Out of the record-breaking $836,416,188 that was produced in March 2022, Encore casino contributed $442,459,368 in handle. This was a boost of $40 million compared to its previous record of $402.8 million set in July 2021. Last March, Encore contributed more than $16 million to the state while competitors Plainridge Park and MGM Springfield contributed $13 million and $6 million respectively.

Encore and MGM both give 25% of the revenue generated to the state in the form of taxes. However, the case is different for Plainridge Park, which only offers its gamblers slot machines. As a result, Plainridge Park pays the state 49% of its revenue. This percentage is split into two categories; 40% is directed to taxes while the remaining 9% is given to the Massachusetts Race Horse Fund.

The funds generated from casino gambling have helped not just the city but its residents as well.  The State of Massachusetts typically receipts 25% of gross gaming revenue from commercial casino facilities. These funds are put to good use to develop the local cities and towns while also directing some revenue to the Massachusetts emergency savings fund.

In April, the state Senate made a move in the positive direction by amending a sports betting bill. The state also added a ban on college sports gambling while also approving a 35% tax rate on revenue generated from online betting. All these steps are milestones that might consequently lead to the formation of a legal sports betting market in the state, much to the delight of Massachusetts gamblers.

Before the bill is legalised, Senate Bill 2844 will be sent back to the Massachusetts House. If approved, it will then be sent to Gov. Charlie Baker’s desk where it will be signed into law. The good news is that Gov. Charlie Baker has been a long-time advocate of legal sports betting, which means that Massachusetts could soon offer legal sports betting to its residents.