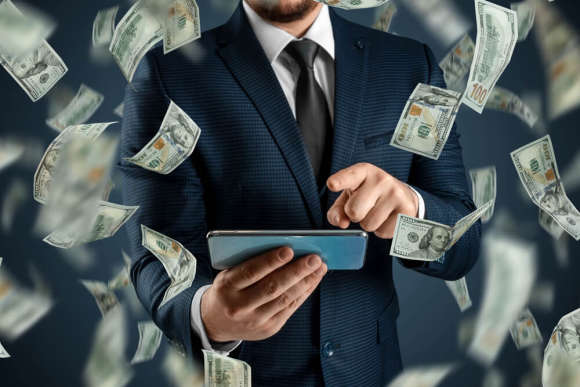 Americans have been increasingly wagering on the NCAA March Madness basketball tournaments. And now that punters in the country finally have a way to wager on their favorite sporting events legally, Americans have been showing up in their masses; the proof is in the numbers.

It is easy to see why Americans are so enamored with March Madness. A 64 team elimination tournament that consists of more adrenaline than most people have experienced in the last 6 months. What’s not to love? This rigorous knock-out battle royal between some of the best college athletes in the country is something that New Jersey punters look forward to every year.

This year, March Madness spawned an outpouring of betting activity for the state’s sportsbooks thus allowing the Garden State to generate its largest haul in more than 2 years. Sportsbooks in the state generated $ 859.6 million in March; the highest handle the state has ever recorded monthly in the absence of football.

Thanks to March Madness, New Jersey sportsbooks also increased their revenue by 15% compared to February’s take. The NCAA Tournament performed really well in 2019 but was met by unprecedented challenges last year as a result of the pandemic. Due to the pent-up demand for the basketball event, New Jersey’s sports betting handle during March madness reached a cool $859.6 million, a boost of 15.7% compared to February’s impressive $742.9 million.

This March, the revenue generated approximately $7.8 million in taxes for the state. New Jersey’s sports wagering revenue over the first quarter of 2021 has been a remarkable $131.3 million. February is typically a slow month for bettors with the end of the Super Bowl. As such a lot of people do look forward to the adrenaline provided by March Madness.

Overall, basketball is responsible for at least 51% of the total handle made in March. March Madness was not only great for online sportsbooks. It also helped to considerably re-awaken dead retail sportsbooks that have been severely affected by social distancing guidelines and regulations.

Which sportsbooks came out on top this March?

As you would expect, FanDuel emerged as the winner of the March Madness surge accounting for the bulk of the wagers made at just over $400 million. FanDuel has been at the top of the sportsbook market ever since sports betting was launched in New Jersey in 2018.

The Meadowlands license, which also includes PointsBet produced more than $31.2 million in profits, which is 51% of the entire sports betting revenue made in the Garden state for the month. Resorts on the other hand, which caters to both FoxBet and DraftKings followed closely boasting $14.8 million in generated revenue. Borgata, which birthed BetMGM came trailed at $6.6 million while William Hill averaged between 4 and 5 million.

Despite all the glory that sportsbooks have been enjoying, it is the online casinos and poker that have continued to flourish in the Garden State. Revenue from online casino gaming and poker shot up by 75% from the $ 64.8 million in March last year to the record $ 113.7 million made in March this year. This means that the revenue generated this March surpassed the record that was set in January of $ 103.8 million.

Apart from New Jersey, other states also reported impressive handles and results. For instance, Pennsylvania recorded a sports wagering handle of $560.3 million, a boost of over 9% compared to the previous month’s handle. Indiana, on the other hand, recorded $316.7 million in March, a boost of 15.6% compared to February. Indiana played host to this year’s NCAA Men’s Basketball Tournament, which certainly helped to drive the revenue up.

Iowa, alternatively recorded a total sports wagering handle of $161.4 million, an increase of 12.4% compared to February’s $143.6 million. Although none of these states pose a threat to New Jersey, New York does.

On April 7th, the state budget for next year finally included mobile sports betting revenue for the first time. The gaming commission in the state is currently working out the 2 operators that will be picked to offer the sports betting services. The selection process will be done via bidding.

The operators that win and are picked will then get to select 2 skins. Even though it will take some time before New York can catch up to New Jersey, it still remains to be seen what this new addition to the sports betting market will do to New Jersey’s handle and revenue. New Jersey still hasn’t been able to beat the $996 million record in revenue it generated in December last year.

No state has yet been able to generate $1 billion in betting handle for a single month just yet. Last year, experts predicted that New Jersey would finally cross that mark with March Madness, but it appears to have fallen short. So now, people are beginning to evaluate just how much of a threat New York sports betting will be to New Jersey’s handles.

When online betting is up and running in New York, experts estimate that the state could be generating as much as $500 million in revenues. And because nearly 20% of New Jersey’s betting revenue is derived from New York residents that cross over into the Garden State to place wagers, it remains to be seen what a legal NY betting ecosystem will do to New Jersey’s race to cross the $1 billion mark. For now, we watch and we wait.