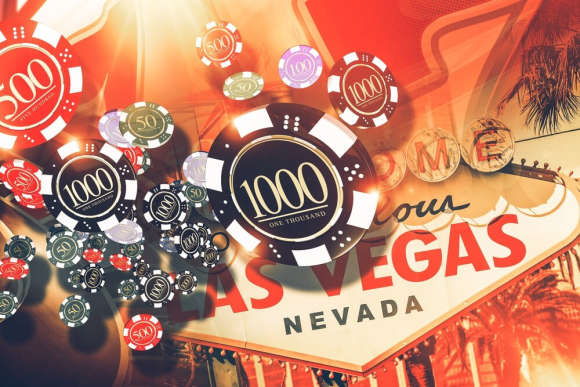 Las Vegas Sands, which is one of the most recognizable casino brands in Vegas, is finally leaving the Strip. The Las Vegas Sands Corp announced last year in March that it would be selling its signature casino hotel, The Venetian Resort, thus prompting its exit from the Strip. Las Vegas Corp sold off the hotel, as well as the Sands Expo and Convention Center for approximately $6.25 million.

Robert Goldstein, the Las Vegas Sands chairman, and CEO announced last year that even though the Venetian helped to shape the identity of the Strip for decades, the company was focusing in a different direction. Moving forward, Las Vegas Sands Corp plans to focus its energies on its casino properties in Asia, where it controls several popular casinos including the Marina Bay Sands located in Singapore.

According to the CEO, the Asian gambling market has presented the company with various growth opportunities that are worth exploring. Asia still remains the pillar of Las Vegas Sands’ operations and the company is choosing to concentrate on developing in both Singapore and Macao at the moment. With the sale, the Venetian name, the expo center, the palazzo, as well as the Sands’ luxury casino that are housed in the same complex will remain.

Las Vegas Sands’ headquarters will also maintain offices in Vegas. However, the company that was under the helm of Sheldon Adelson until his passing last year will no longer be operating in the US. Adelson passed away at the age of 87 leaving behind a vast empire of casinos and resorts that stretch from Vegas to Macau, Singapore, and other gambling meccas around the world.

Before his passing, the Sands Corp had already turned its attention to growth in the Asian market where the revenue being generated there had already outperformed the Strip. Under the deal that was finalized last year, VICI Properties will now be in charge of the casino, as well as all assets related to the Venetian Resort Las Vegas and the Sands Expo.

So why is the Venetian ceasing operations? When the pandemic escalated thus forcing all casinos on the strip to shut their doors, the unprecedented move caused a level of damage that the casino was unable to recover from. During the pandemic, casinos and hotel operations were shut down for months on end, which caused travel to the entertainment and gambling hotspot to come to a halt.

Before the pandemic, the Las Vegas Sands had dominated the Strip for years. However, with sales all but vanished due to the spread of infections, the company posted losses worth millions. With Asia generating 90% of the company’s revenue, it made more sense to cease operations in the US.

The current CEO now says that the brand plans to re-invest at least 5.5 billion across its 5 high-end properties located in Macau, as well as its one casino property in Singapore. The Sands is also working on its $2 million project situated on the Cotai Strip, which will come complete with a replica of London’s Big Ben and the Parliament.

The iconic Sands brand helped to redefine the Strip reframing the target audience in Vegas. Before Adelson’s reign, most of the casinos on the strip primarily focused on attracting people to the casino floor. However, Adelson changed the tune by attracting families and conventioneers instead.

Adelson recognized that the Strips’ real potential was not on gambling as it was in the 60s. That’s why the casino magnate opted to focus on the hotels, resorts, and convention centers that would bring in customers in their droves. When Adelson purchased the Sands in 1989, it also helped to kick off the age of mega casino developments on the strip, as well as the end of organized crime on the Strip.

The Venetian, which is situated on the Strip, comes with 3 luxury hotel towers that have amenities that include shopping, dining, gaming, as well as entertainment. The resort also consists of more than 7000 all-suite rooms, more than 200,000 square feet of gaming space, and more than 2 million square feet of convention space.

VICI intends to enter a triple-net lease agreement with Apollo for the property. The lease is expected to have a preliminary total yearly rent that is estimated at $250 million. The lease will have an initial term of 30 years with 2 10-year tenant renewal possibilities.

As The Venetian exists the Strip, Caesars is making moves in another market. Thanks to its partnership with NYRA, Caesars will now be offering its services to punters in the horse racing market. The horse racing betting market is already saturated with some of the most popular operators including FanDuel and DraftKings, who each have established apps.

Case in point, FanDuel offers straight-up wagers on race winners while DraftKings offers its punters free pools for horse racing. In these free pools, customers answer a series of questions regarding their expected outcome of the horse races and are paid out depending on how many answers they get right. Competitor BetMGM also accepts horse racing bets through its mobile app.

BetMGM’s mobile app features marquee horse racing events in the US. However, it is only available in a handful of states namely Louisiana, Florida, and Ohio. Caesars Racebook and the New York Racing Association are hoping to make the app available to as many punters in as many states as possible. The Racebrook launched in June to bettors in Florida and Ohio but is yet to become available to punters in New York.

NYRA is in charge of the Belmont Park, the Saratoga Race Course tracks located in Saratoga Springs, as well as Aqueduct. Punters in Ohio and Florida can use the Racebook to place mobile bets at races in more than 250 tracks from all over the world including Del Mar and Santa Anita in California.