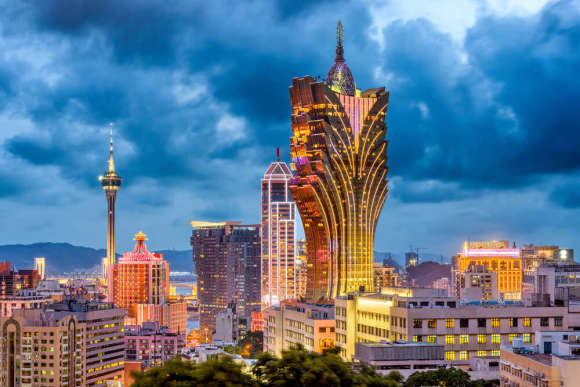 Gambling haven Macau has already taken a significant cashflow hit as the coronavirus continues to spread.

Trips to the region by mainland Chinese residents plummeted 81.7 percent over the Lunar New Year holiday when news of the novel virus first broke, leaving visitors describing it as a “ghost town.”

The coronavirus, which has now been declared a global health emergency, has resulted in several travel restrictions put in place by the Macau and Chinese governments, as well as other countries.

As of February 5, Australia, Canada, the UK, Finland, and France are among a substantial number of countries strongly advising against travel to China, with some canceling flights altogether. This, in turn, has strongly affected the number of visitors heading to Macau.

A Fitch Rating report noted that Macau’s gaming revenue dropped 17 percent during the 2009 swine flu pandemic, with visitors dropping by 16 percent when the region confirmed its first case. It added that by that September, however, revenues had recovered.

The strongest factor for Macau’s 2020 economic growth is how long the outbreak lasts.

Gaming industry researcher Vitaly Umansky told South China Morning Post, “If this is over in two months and forgotten in six, it won’t be a problem. If it continues until summer and there’s no end in sight, that’s a problem.”

Fitch said that damage to Macau would be restricted to cash flow if the Wuhan coronavirus diminishes within six months, but a longer outbreak could have more “profound” effects as customers try new gaming venues or switch to online casinos.

Operations in Macau currently account for a large portion of most of the big players’ revenue in the land-based resort sector - 64% of revenue for Las Vegas Sands, 72% for Wynn, and a huge 88% for Melco.

Fitch did note, however, that the US-listed casinos were likely to withstand the financial effects of the virus thanks to “ample” debt-rising ability and a combined $7 billion in cash access.

The companies additionally have a collective $7.8 billion in revolving credit capacity.

Many other countries have the same legal gambling age as Macau - 18 for visitors.

So far the death toll for the coronavirus has reached almost 500, meaning more people have now died of the virus than in the SARS outbreak between 2002 and 2003 in mainland China, when 349 died.

All but two of the deaths reported were in China, with one in the Philippines and one in Hong Kong.

A spokesperson for Sun City expressed his concerns, saying, “The coronavirus is certainly impacting Sun City VIP clubs, and we are still counting the actual figures.”

The outbreak follows a rocky 2019 for Macau, when its gross gaming revenue fell by 3.4 percent compared to 2018, down to $36.5 billion. It is thought a slowdown in China’s economy due to the trade war massively affected its tourism numbers, as well as controversy between casinos and their customers due to an onslaught of new technology to help resorts beat players.

As pharmaceutical companies start to work on a vaccine for the virus, health experts have warned the death toll is likely to continue to rise due to the high number of infections, which has reached 24,324 across the world as of February 5.

Experts have also warned they still lack enough data to determine how lethal the virus actually is. Many believe the death toll in China could actually be much higher than reported due to the high number of people with flu-like symptoms being turned away from hospitals.