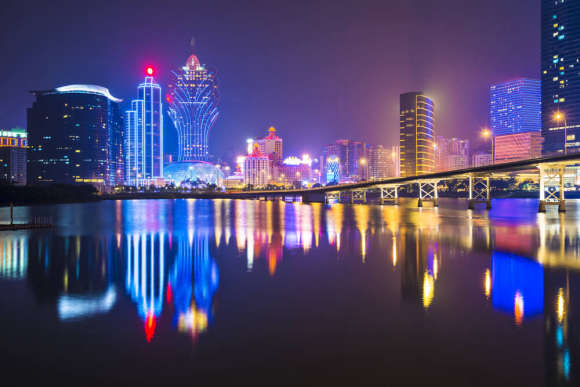 After a long two weeks of losses, Macau casinos have been given to go-ahead to reopen.

The secretary for economic affairs and finance in the Chinese territory, Li Weinong, announced land resorts will be able to reopen tomorrow, February 20.

The government temporarily closed the world’s biggest gambling hub down on February 5 to prevent the coronavirus outbreak from spreading further.

As of Tuesday, there were ten confirmed cases of the virus in Macau, two of which were casino workers. In the nearby Chinese mainland, 74,185 cases have been reported, with the total death toll now reaching 2,004. The numbers appear to be slowing, however, and nearly 15,000 people have since recovered.

The number of cases in Macau has not changed in two weeks, and five of the 10 original cases have now recovered or are considered to be in a stable condition.

Casinos in Macau were shuttered after officials confirmed cases in the area as well as nearby Hong Kong, where two people have now died.

The two weeks have proven problematic for some American gambling operators - Wynn Resorts revealed it was losing between $2.4 and $2.6 million for every day the hub remained closed, mostly due to payroll expenses of its 12,000 employees.

Las Vegas Sands Corp, which owns and operates the largest casino in Macau as well as a handful of others, has also been hit hard by the closures. The company said the outbreak could potentially harm its operations in the region as customers take to online casinos instead.

The industry isn’t expected to fully return to normal until the outbreak has diminished fully, as people turn to bonuses for online gambling.

Li Weinong added the distance between gaming tables should be increased, and all venues should check people for fever when they enter. Visitors should also wear masks for extra protection.

Other venues across Macau, including cinemas, nightclubs, theatres, massage parlors, health clubs, and game rooms all remain closed for now. Around 60% of the region’s economy relies on the casino industry, while 11% comes from shops, eateries, and hotels.

There are 39 casinos in Macau which employ a total of 56,000 people - amounting to 8% of the population.

Also-suspended government services are expected to resume operations later in the week.

Non-resident workers returning to the gambling hub will have to undergo medical surveillance for 14 days and obtain a health certificate to be able to enter the region, according to the government.

Some 60-70,000 people travel from mainland China to Macau to work on a daily basis.

Lawmaker Au Kam-san said the lifting of the order was expected. He told the South China Morning Post: “(The) gaming industry is too important to Macau. The government could not afford to let it close for too long. There could also be pressure from the casino operators. Because they are still paying the staff while the casinos are closed.”

Health officials have added the region’s residents may be put under quarantine measures to stop the disease spreading further as locals regularly make trips to the mainland to buy and sell goods.

The 15-day closure has been the longest ever shutdown of gambling in Macau since it returned to Chinese administration in 1999. It is only the second-ever shutdown of its kind after Typhoon Mangkhut forced resorts to close for 33 hours in 2018.