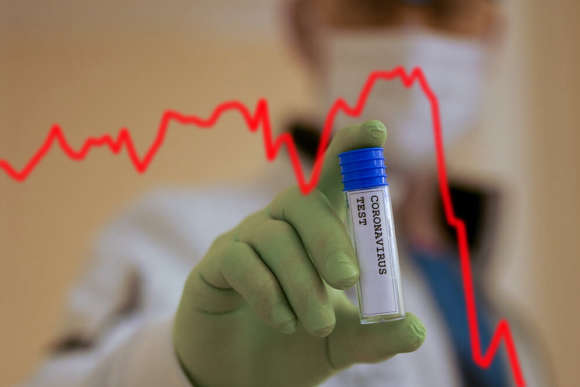 Macau’s monthly takings plunged by a record 87.8% in February amid novel coronavirus fears. At a time when an upsurge in global online gambling is already a threat to traditional land-based casinos, the advent of a previously unseen virus was bound to bring even more devastating effects to Macau’s gambling economy.

The former Portuguese territory which relies almost entirely on its gaming industry was forced to close its doors to gamblers early February to prevent the spread of the novel coronavirus.

Almost all of its normally lucrative entertainment sector had to shut down for fifteen days, including casinos, nightclubs, and bars. The severity of this epidemic in Macau meant that every segment of society was also going to be affected, and gambling demographics are no different.

The Gaming Inspection and Coordination Bureau, Macau’s regulatory agency, revealed gross gambling revenue for the month from its 41 casinos was just $387 million, or 3.1 billion patacas, whereas last February, Macau reported a GGR of 25.4 billion patacas.

January’s revenue also fell by 11% to 22.13 billion patacas, with accumulated gross revenue for the year down 50% so far.

After a month of no new cases of Covid-19, venues reopened on February 20, but only to those who had been temperature-scanned and wore a mask. However, the vast majority of those normally attracted to the area are visitors from mainland China where the outbreak originated, and China still has heavy travel restrictions in place.

Numerous travel restrictions also remain in place across other countries, particularly in Asia, and casinos are restricted to the number of tables they can currently have open. Rules have even restricted the number of chairs casinos have at each table, to lower the risk of further infections.

Observers of the colony have said they are certain Macau will bounce back despite the dwindling figures. People who get great pleasure from playing and beating the odds are unlikely to just back away long term.

JPMorgan Chase & Co analyst DS Kim said: “We do not think COVID-19 will curb gamblers’ enthusiasm in a sustainable way, so its impact on the industry’s sustainable earnings power should be limited.”

Macau’s government worked to ensure casino staff were still paid during the shutdown and is now keen to minimize lay-offs to protect its residents and keep its reputation as the number one gambling destination in the world.

It isn’t only Macau which relies on its gambling revenue, however- casino operators also make a large amount of their revenue in the region. The U.S. State Department raised its travel advisory for Macau to "Level 2: Exercise Increased Caution" on February 11, noting Macau had reported cases of the novel coronavirus.

Wynn Resorts reported the closure was costing it between $2.4 and $2.6 million a day, while MGM Resorts reported a loss of $1.5 million a day. Las Vegas Sands generates a huge 64% of its revenue from Macau’s entertainment sector; it’s thought a large majority of its usual players are now taking to online casinos where they can gamble safely from their own homes.

Analysts now predict casino revenue will be down 70% in March and 35% for the second quarter, while over the course of the year, revenue is expected to be down by 24%. The news also comes after a bad ending for Macau in 2019 when its gambling revenue fell consistently over three months.

That decline, which saw a 9% dip in November and 14% in December, was put down to a slowing economy, political unrest in Hong Kong, rising tensions with the US, and an increase in the popularity of online gambling.

The coronavirus outbreak which originated in the Chinese city of Wuhan has killed over 3,250 people as of Thursday and infected over 95,000. Cases of Covid-19 have now been reported in at least 90 countries, with the vast majority of those still in China but a rapid growth rate also being seen across the world. It is important to note that over 53,500 people are now said to have recovered.