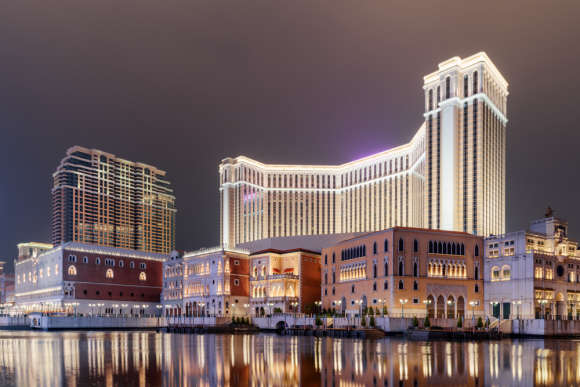 Macau’s gaming watchdog has set a limit on casino operators’ use of artificial intelligence to track players who often go big on bets.

The Gaming Inspection and Coordination Bureau has banned the use of face recognition cameras that the regulator hasn’t approved in the Chinese region.

The directive became active on August 1 after being sent out as a confidential document just a few days prior.

Macau is known as the world’s most popular region for gambling, where it has been legal since the 1850s when the land was run by the Portuguese government.

However, the onslaught of new technology is said to have caused controversy between casinos and their customers.

It is thought that high-tech surveillance, including digitally-enabled poker chips and baccarat tables and hidden cameras with built-in facial recognition technology, has been in place for years.

The cameras were introduced so casino operators could easily spot the big spenders (and big losers) among the crowds.

The regulator has also made a nod towards data protection laws in the new rules, proposing that footage taken by any camera should be kept in-house.

Newer technology such as the poker chips is programmed to note the betting and gaming habits of players and map them based on the number of risks they take.

Players who rank as high-risk takers are more likely to lose games and pass large sums of money over to the casinos.

Macau is commonly used to pilot new gaming technology that is designed to win big money for the venues where it is used.

Some sources in the gambling world have claimed that MGM Resorts International and Las Vegas Sands Corp casinos in Macau are already covering hundreds of tables with the technology with target numbers in the thousands.

The news comes at a time when MGM’S stock has plunged.

The most popular provider of this technology, Germany’s Dallmeier Electronic, has said the cameras are so discreetly embedded into columns that players never notice them.

Walker Digital Table Systems, another gambling technology provider, recently ran a product demo at a Macau industry conference where company executives bragged about how undetectable their chips are.

Macau is now a popular place for the Chinese to head for a long weekend, partly due to it being the only region in the People’s Republic of China where casinos are not outlawed.

Around three million middle-class men flock there each month for that exact reason.

The new gambling technology is so advanced that it can distinguish the men who visit once a year for casual games, and those who are regular big spenders.

In a time when the UK is tightening its gambling restrictions, Macau is going in the complete opposite direction. Which is probably why the region’s watchdog has stepped in.

The Bloomberg Intelligence gauge of Macau casino operators dropped by 10% at the end of July following a drop in weekly revenue, its worst since November 2018.