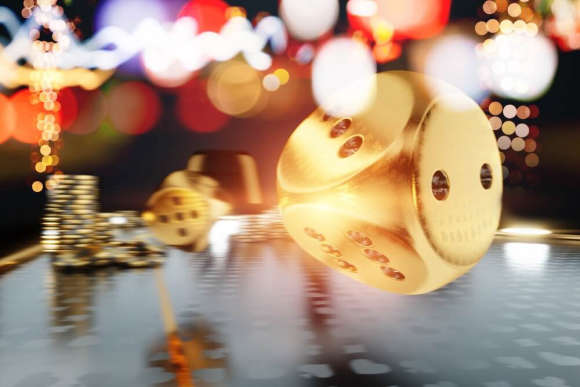 According to media reports, Australian-based online casino games developer Lightning Box Games has had an increase in revenue in the last twelve months. Comparing the year that ended in June 2022 to the same period of the previous set of twelve months, the brand has reportedly posted a year-on-year increase of 57%. Looking back at the circumstances of this period, the management of Lightning Box Games has attributed this positive performance to significant support from its new Light & Wonder Incorporated parent.

The casino business is capital-intensive especially when it comes to matters of promotion and marketing. It is a known consumer behavior fact that people are inclined to brands that they see constantly in the media and other promotional avenues. All this costs a pretty penny, something that a budding business might not have –lucky for Lightning Box, Light & Wonder Incorporated was there to hold their hand. Hopefully, the operator has made enough money this past financial period to foot their own budget.

In an article that was recently published by Inside Asian Gaming, it merges that the Sydney-headquartered firm has a wide range of gaming options in its portfolio. With more than 500 video slots that were added to the firm’s database of offerings a year ago, as part of an arrangement worth approximately $70 million by the American behemoth previously known as Scientific Games Corporation, the casino is one of the most customer-focused betting operators in the market.

Details provided by the source indicate that the subordinate iGaming enterprise managed to raise an all-time high annual aggregated revenue. The reason why the business was able to post such impressive results at a time when most organizations are yet to fully recover from the hit of the pandemic is due to buoyancy facilitated by its new Nasdaq-listed benefactor. It is one thing to enter a market and yet another to do well enough to feature on the list of profitable businesses. Lightning Box had a push this time and hopefully, they have the right tools to keep up the momentum.

The Chief Executive Officer for Lightning Box Games, Peter Causley, has in the past divulged information to imply that the OpenGaming platform is secure and robust and offers its partners easy integration. The boss who has wealth of experience in the industry has admitted that the rate at which the games of the company are growing in popularity is alarming to him. Like other investors in the industry, his team had expected success but the actual picture on the ground is nothing short of impressive.

A statement that was released by Causley the success of the business supports the decision of the company to get into a partnership with Light & Wonder Incorporated. Joining forces happens to be the best decision that the company has made in a long time and it has paid off almost instantly.

It is no secret that the operations of Lightning Box Games have been driven by great ambition and that explains the great leaps while surging forward. At the speed at which their games continue to take over the casino gaming market, the brand management is inspired to release even more. Their focus is to take control of the United States, Canadian and European markets at deeper levels.

On his part, the iGaming Chief Executive Officer for Light & Wonder Incorporated, Dylan Slaney, affirmed that Lightning Box Games has a huge portfolio of video slots that have already gone live. The developer distributes its products through over 50 iGaming operators. The new milestone that the management is eager to achieve will be regarding the breaking of more records during the coming months and years.

A statement released by Slaney insinuates that the Lightning Box Gamesn team possesses a wealth of experience on industry-related matters. This is the knowledge that has been in use in the process of reflecting on the needs of players to create land-based titles. The products that have so far been released during the first twelve months of the brand’s operation following the acquisition speak volumes of the quality of decisions they influence. Everybody agrees that the decision to bring Lightning Box Games onboard the banner of Light & Wonder Incorporated family was timely.

Having been in operation for the last 18 years, Lightning Box Games is reported to have disclosed that running its business in the embryonic iGaming markets of the United States and Canada has been of great significance to its success. This is true considering that two of its titles currently are among the 20 most popular that are offered by its parent’s innovative OpenGaming platform.

The company does not only run a successful enterprise in North America but in other parts of the world. Speaking of its collaboration with casino operators from different parts of the world, the management of Lightning Box Games believes that its consistency in supporting its partners is crucial to realizing its business goals. The operators that host the developer’s games boast of an array of more than 3,500 proprietary and third-party games with its own five-reel Lightning Shenlong video slot having consistently held down a top-ten spot.

The American gambling market is huge and continues to grow rapidly with each state that adopts it. This means that the playing field continues to expand by the day. As new investors set up to claim a piece of the pie, the most benefit goes to those who are willing to spend a fortune to be visible. Let’s face it, there is no other way to shine in a flooded market place than to shout at the top of your lungs. This is what the likes of Lightning Box are achieving from the support they get from their financially endowed parent companies.