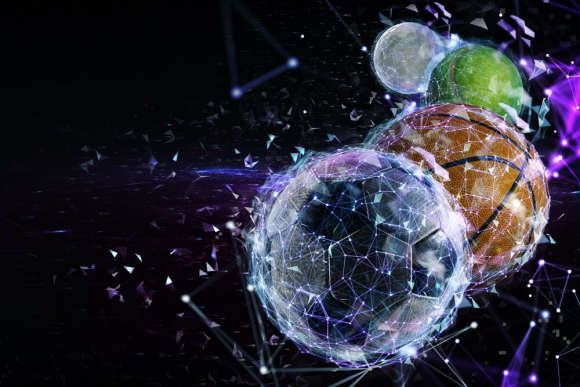 You may already know this, but the sports betting revolution is underway and has been for a while now. Although Vegas used to be the country’s gambling Mecca, this has all changed since states started legalizing their sports betting markets. The one important component that separates Vegas from other markets is its expansive brick and mortar factor.

While most other markets across the country have opted to focus on online casinos and sportsbooks, Vegas has maintained its focus on the retail component of the business. Because the state has some of the most remarkable retail sportsbooks in the country, fans travel to Vegas sportsbooks in search for an experience that can only be found in Sin city.

For years, Nevada enjoyed a monopoly on the sports betting industry in the country. Of course, this all changed in 2018 when the Supreme Court abolished a law that prevented the legalization of sports betting in almost all states. For years, legislators in New Jersey had been trying to challenge a 26-year-old federal law known as the Professional Amateur Sports Protection Act of 1992.

New Jersey residents voted in 2011, as well as 2014 for sports betting to be approved in the state. The then Governor, Chris Christie, even signed a bill in 2014 to legalize sports betting under state law. Sadly, however, all the major sports leagues including MLB, NCAA, as well as NHL all sued repeatedly in a bid to stop New Jersey from legalizing sports betting.

But the Supreme Court eventually took notice of New Jersey’s case and ruled in favour of legal sports betting in New Jersey. This Supreme Court ruling would eventually open the door to legalizing the industry in almost all the states. As one can expect, this changed the gambling industry in the country for good.

Bettors were no longer forced to rely on the black market, illicit bookies or offshore betting operations to get their gambling fix. These days, wagers can easily be placed on one’s phone or online which means that a trip to Sin City to bet on March Madness of the Super Bowl soon became quaint.

The sports betting boom has resulted in more competition for Vegas

Now that sports betting is legal in almost all the states, competition has never been higher. Each state has different rules and regulations, as well as varying tax rates. But Nevada has been doing its best to adapt to the increased competition.

Last year, the Nevada Gaming Control Board recommended licenses for the 2 largest growing gambling firms in the state. The Board unanimously agreed to allow Caesars Entertainment to acquire William Hill U.S, the largest bookmaking operation in the state boasting more than 120 books.

This move not only helped the Casers brand keep growing, but it has also gone a long way in helping to ensure that Nevada remains a sports wagering powerhouse in the country. Caesars, which was possibly best recognized as the operator of of Las Vegas’ celebrated Caesars Palace, has become a major beneficiary of the growth as it has since gained market access to newer states, which has boosted the company’s revenue greatly.

To date, Caesars remains the largest sports betting operator in the state of Nevada. Between the brand’s sportsbooks in Caesars’ own locations, it also has control of William Hill branches bringing the total to 124 locations across the country.  As individual states continue passing laws permitting sports betting, there has also been a massive wave of technological advancement that has created entirely new ways to wager on sports.

This opening up of the market has forced sportsbooks in Vegas, for better or worse, to embrace technology in an attempt to keep up with the rest of the country. Rather than see widespread sports betting as an existential threat, the gambling industry in Vegas has stepped up to make sure that Vegas remains the epicentre of the country’s gambling revolution.

Although Vegas may not have the monopoly as it once did, it is worth noting that sports betting is still a relatively crucial component of the state’s overall gambling landscape. And it’s not just big Vegas casino brands that have embraced sports betting. Even smaller establishments across the state are working hard to make sports betting a centerpiece of their gambling activities.

For instance, Station Casinos invested heavily to create an extravagant location at Red Rock Casino in Summerlin. The South Point, which is situated at the southern end of The Strip, also invested funds to construct separate spacious rooms for sports betting and horse racing.

The Circa Resort in Downtown Las Vegas, which opened its doors at the height of the pandemic, was another push forward for the sports betting market in the state. Today, not only is Circa the tallest building found in downtown Vegas, but it also boasts one of the biggest sportsbooks in the state.

Circa was the first property in the downtown region to open its doors since Sundance debuted in 1980. The privately owned casino was created specifically to accommodate sports betting fans. Circa has the largest sportsbook complete with a 78-million-pixel screen that can be watched by more than 1000 spectators and sports betting fans. Indeed, its sportsbook has helped raise the bar.

As far as casinos off the Strip go, it doesn’t get any better than the Westgate Las Vegas. Formerly known as the Las Vegas Hilton, Westgate has one of the best sportsbooks off the strip. What’s so interesting about Westgate is that it is a non-smoking book that operates all through 24/7.

Another brand that has worked hard to create a sportsbook experience like no other is the BetMGM one at The Cosmopolitan. MGM Resorts finalized the purchase of the Cosmopolitan for approximately $1.625 billion from the Blackstone Group last year in May.  The Cosmopolitan sportsbook finally welcome guests as a rebranded BetMGM book not too long ago this August.

The Cosmopolitan’s betting shop is located on the casino floor, just a few steps away from the Strip. Anchored by a well designed sports bar and lounge, the book also comes with a gigantic LED video wall, as well as several betting counters and kiosks.