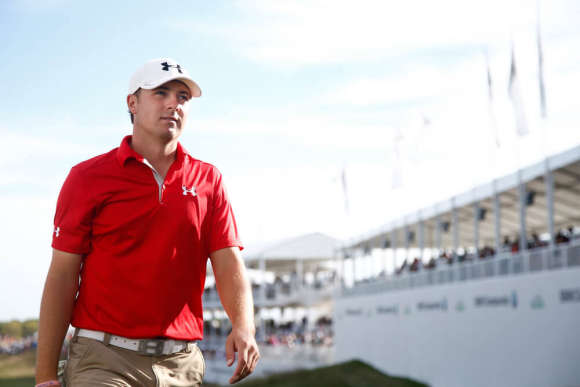 Jordan Spieth, a three-time major winner and one of the most popular players on the PGA Tour, has signed a multi-year partnership with the FanDuel Group.

The partnership designates FanDuel as the exclusive sports betting and daily fantasy provider for the golfer. As part of the relationship, Spieth will be featured in national television commercials and will be the face of FanDuel’s golf products.

Spieth will work with FanDuel on content for social media and responsible gaming initiatives. FanDuel will also support the Jordan Spieth Family Foundation to continue its great work in the community, the company said.

FanDuel is already an official sports betting partner of the PGA Tour.

“As the world of legal sports betting grows rapidly in the U.S, I’m incredibly excited about what’s happening in the space and the potential it has to bring new fans to the sport of golf. As the PGA Tour and others in the golf world have strongly embraced legalized sports gaming, I look forward to working with FanDuel to find unique ways to engage the fast-growing fanbase,” Spieth said in a prepared statement.

Spieth thought the offer to partner with FanDuel was a no-brainer, adding: “I think it would be foolish not to be getting involved in this, there’s so much potential. It’s going to make the PGA Tour better for us by generating more interest.”

This is FanDuel’s first partnership with an individual golfer. FanDuel is looking into tapping into Spieth’s popularity.

FanDuel described Spieth’s golf career as being one of dominance from his days as a junior golfer to today, where he is one the most recognizable global stars. Very few golfers, FanDuel said, have entered the professional ranks with Spieth’s poise and dominance.

Spieth has nine Top-10 finishes this season, including earning his 12th PGA Tour victory at the Valero Texas Open.

“Golf is an incredibly popular sport on the FanDuel platform and we are always looking for new ways to engage the growing golf fanbase and community. As one of the most universally admired golfers at the top of his game, Jordan Spieth is a perfect fit for our first official golf partner and the face of golf at FanDuel,” said Mike Raffensperger, Chief Marketing Officer of FanDuel Group.

FanDuel operates sports betting in 10 states. A total of 21 states, and D.C., have legal sportsbooks.

In 2018, the Supreme Court repealed the Professional and Amateur Sports Protection Act, and this has led to massive growth in sports betting.

This is all in addition to FanDuel’s own sports betting and daily fantasy content offerings that includes numberFire, The Duel, an extensive podcast network with a total of seven podcasts and More Ways to Win on TVG.