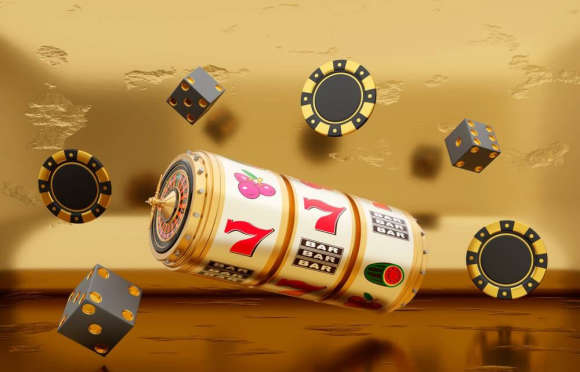 iSoftBet recently debuted a brand-new slot titled Rise of the Genie. This new slot has been in development for a while but is finally available to iSoftBet customers exclusively. This slot game allows participants to collect wins on 3 ladders, which each become more valuable as the participant plays.

While playing, participants must keep a careful eye out for an evil genie that appears to steal a player’s wins that haven’t been cashed out yet. As such, there is always a sense of anticipation and adventure, which keeps players on their toes. Those that have the skill to keep playing can climb ladders, which allows players to win 500X of their wagers.

Alternatively, gamblers are also allowed to opt out before the evil genie pillages their winnings. This video slot is a 3-reels, 3 rows, 5 pay lines title with medium volatility. For punters to emerge, winners, all they have to do is avoid the evil genie. Thankfully, the slot has lots of features to help players prevent that from happening including Instant Pay, Wild Symbols, cash pots, as well as prize ladders.

There is also a dedicated collection button that allows participants to gather their winnings at any point in the game. Players can also choose to hold on to their current winnings for a chance to walk away with even higher cash prizes. When a player reaches the top of the ladder, instant pays are automatically triggered.

If a player successfully triggers an instant pay, the remaining cash pots are made ready so that players can win even more prizes. If the evil genie climbs the ladder, a player’s progress is shattered and cash pots are emptied. When this unfortunate event happens, the player has to return to the bottom of the ladder and commence the climb once more.

According to iSoftBet’s head of games, Mark Claxton, the Rise of the Genie slot was created to offer punters a taste of something different as the entire game strayed from iSoftBet’s regular style. The developers designed the slot game specifically to make the gameplay even more exciting than what their loyal customers have become accustomed to.

In this video slot, punters are required to be tactful as they keep adding pots to their collections. The more collections one has, the more riches they end up with by the end. But keep in mind that the evil genie is always watching and waiting to prevent that from taking place.

New slot releases in the past few months

iSoftBet already has an impressive lineup of slots on offer including Tens or Better, Brilliant Diamonds: Hold & Win, as well as Merlin’s Revenge Megaways.  Not too long ago, the content developer and aggregator also released Aztec Goldmines, which is a new minesweeper-themed title that pays homage to the original Aztec Gold Megaways game.

Unlike the Rise of the Genie Slot, the Aztec Gold Mines is a minesweeper-based slot that asks participants to choose close to 15 mines. The objective of the game is for participants to keep selecting one tile after the next in an effort to boost wins. Players must be careful not to reveal their mines as doing so will result in a loss.

With this minesweeper slot, players are allowed to select their favored level of volatility, complexity, mine size, as well as the size of the wager. The max wager that one can place is at 288x the wager. As the participant keeps picking one square, they start to realize golden win multipliers, which are represented by the Montezuma Mine symbols.

Once this symbol appears on the screen, then players are notified of their losses. Those participants that choose a larger number of mines at the start of the game can make the multiplier grow faster, which delivers quick wins. As one keeps playing the game, it becomes apparent that Aztec Gold Mines has maintained the feel of the original game. However, this new title also comes with much more innovative gameplay that is suited to today’s online slots player.

At the end of May, iSoftBet also revamped its popular Twisted Tale series by introducing Musketeer Megaways. This slot features a Quad Action format and gives participants a chance to play the single reel game next to the Three Musketeers as they venture on an amazing 4-reel extravaganza.

This Classic Megaways offers players more than 117,649 ways to win prizes as cascading symbols appear for every win. When a player attains 4 or more bonus symbols, free spins are triggered across 4 new sets of reels. Before the launch of Musketeer Megaways, iSoftBet had also debuted Golden Jokers Double up, as well as Wolf Canyon, which is a Hold & Win title featuring lots of wildlife and canyons.

Recently, iSoftBet also announced that it had finalized the acquisition of IGT as the brand continues to pursue its quest to become the leading content aggregator in the world. SoftBet announced its plans to acquire IGT in April 2022 as it continues to expand its expertise in creating high-quality and unique online casino gaming solutions.

Now that the acquisition has been completed, IGT has effectively doubled its content library, which now consists of 225 games. With this new arm of the business, iSoftBet can also now deploy third-party games via its proprietary aggregation distribution solution.

There is no denying that iSoftBet stands as one of the biggest online games suppliers and content aggregators in the gambling market, and for good reason. ISoftBet’s clear expertise in the iGaming scene, as well as its willingness to keep innovating, are the reasons why the brand will likely keep growing as time progresses. Currently, iSoftBet’s supplies more than 250 online casino operators and offers more than 4,6000 titles to clients all over the world.