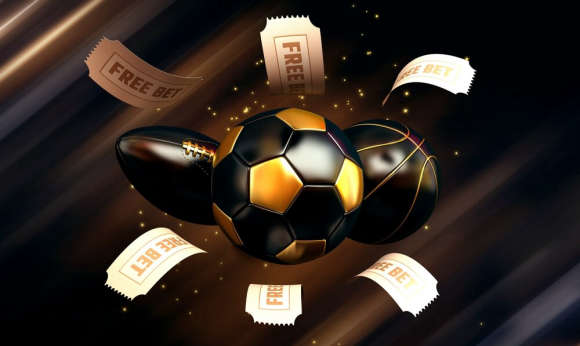 Casino game developers have been around for a long time, way before the United States legalized betting at the federal level. One of the veteran game developers that have contributed to the development of the casino industry worldwide is International Game Technology (IGT). In a recent announcement, the developer announced that it had completed the process of acquiring iSoftBet. According to information shared with the public, IGT made an investment of approximately $160 million to finalize the acquisition deal for iGaming content provider.

With a gaming source at their beck and call, IGT has entered the league of casino industry operators that can control the content that gaming enthusiast are exposed to. This is a position of power because players often look up to content providers to think of innovative ways to create and package casino games.

From live dealer games to slots, the range of games suitable for casino play is quite diverse. It is a good move for IGT to have visualized a takeover of iSoftBet because it means that its portfolio will inevitably grow. Even more powerful is the fact that two great team are coming together to fulfill a common mission. There is no doubt that iSoftBet is a great innovations force and that is why IGT took notice. It is now upon the two teams to allow for gaming ideas to flow freely for the benefit of their customers.

When the two entities came under the same management, it became obvious that their operations would merge. IGT would automatically double up its catalogue of gaming titles to ultimately be able to offer more than 225 games to its players. The veteran gaming developer will also have total control over iSoftBet’s world-class game aggregation platform that is currently in distribution among third party providers. The titles are also in circulation within other casino data driven tools used majorly for engagement and promotion.

The history of IGT

The operation of IGT was launched in 1951 and since then have been a cornerstone of many physical casinos around the globe. The common offerings that these casinos enjoyed from the casino developer include games and general slots. In the modern global gambling space, IGT is a renowned creator of top level entertainment options for both physical and online casinos. The brand has been instrumental in the conversion of a large number of classic casino games into favorite iGaming options.

Considering the period of time that the company has been offering its expertise to the gambling industry, it does not make sense that a casino operating in the current age would operate without featuring its games. It is highly unlikely that any brick and mortar casino would be able to survive the current betting market trends without IGT games.

IGT developers get their gaming theme inspiration from the things that people watch and marvel at on their screens. Most of their titles borrow storylines from movies that managed to create a worldwide following around them. Famous movies that are represented in what IGT creates include Star Trek and Ghostbusters. The company has also taken advantage of ordinary shows that run of TV on a regular basis.

It is not a surprise that that the development of IGT would adapt board games for their audiences around the world. The popular games from the creator, namely Cluedo, Wheel of Fortune, Monopoly and Jeopardy have been adapted for casino play to the amusement of those who value classics and the resourcefulness of IGT.

The story of iSoftBet

Those who have been playing casino games for a long time are aware of the contribution that iSoftBet has made to the gambling industry. Irrespective of the individual preferences of a player, this developer has been known to deliver. Based in London, iSoftBet offers a wide range of games to accommodate various types of players. The developer has managed to distribute its offerings in online casinos across the world. The reliability of the content developer is pegged on its record as a huge player in regulated markets.

Among the hundreds of games that iSoftBet has released into the market since inception, around 20 games are of the Hold & Win feature type. Examples of these types of games include Lanterns & Lions and Aztec Gold Extra Gold Megaways. Another game that most casino players have long appreciated is the classic-looking Triple Fruit Deluxe Megaways. For players that have specialized on this game types, there is definitely lots of titles with which to flex their muscles with.

In effecting the acquisition deal, IGT relied on the financial advisory services offered by Oakvale Capital LLP. The legal component of the deal was handled by Wachtell, Lipton, Rosen & Katz. On the side of iSoftBet were M.Firon & Co. and Wiggin LLP who acted as the legal advisors while the financial representative for this firm was BDO Israel, an independent public accounting and tax.

Even though the fine details about the acquisition have not been shared with the public, it is obvious that the two teams will want to give their fans a taste of the new formation as soon as possible. This expectation definitely put the average casino payer on high alert as they look forward to the next game release from IGT. Those who have experience with past IGT games definitely have an idea of what to expect but who knows what two great minds working together can come up with?

With both companies having quite a lot to bring to the table, it is a double win for these brands that have worked so hard to stay afloat in a highly competitive market. It is interesting to watch the future because IGT appears to be experiencing some form of metamorphosis. Theirs is an example that a company can adapt to changing times and stay relevant for many years after starting operations.