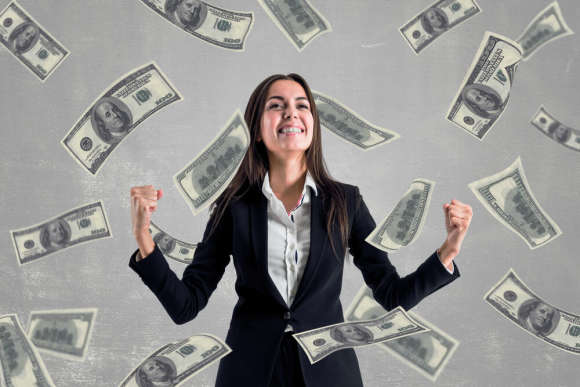 Gambling business in the state of Indiana is still a goldmine and investors are raking in a pretty penny. Sumer has however come with a slight swoon wave and many business owners have started experiencing a decline in revenue. The Hoosier State boasts of 12 commercial casinos that in the last month manage to collect revenue amounting to $197,197,354.

Although impressive at face value, this combined earning represented a 6.9% decline from what the state had managed in the month of May which saw $211.9 million collected. When this figure is compared to what the state collected in the same month last year, there is a 3.8% drop in the year-over-year comparison. With this latest performance report, the state has for the first time in the previous four months fallen short of the 200 million brackets in gaming wins.

The revenue collected from sports betting also suffered a decline in relation to what had been collected in June. One of the reasons why June was gravely affected is that there are no football leagues in season at this time of the year. In addition to that, the number of hockey and basketball games dwindled as the playoffs went on.

The gamblers of Indiana face a great challenge more so those who have lived in other states where all forms of betting are legal. Real money casinos are not available in this state but there is hope for the future especially since little action was gained in 2022 following legislative action. To understand the betting landscape in Indiana, it is important to explore what is the actual situation is.

The performance of casinos

Out of the $197.2 million gained from gambling wins in the month of June, an estimated $158.6 million was collected from the slots (there are also referred to as Electronic Gaming Devices/EGDs). The month report published by the Indiana Gaming Commission for the month of June revealed that there was a total of 14, 661 functional EGDs and 658 gaming tables around IN.

Hard Rock Casino situated in Gary in Northern Indiana was the top performer with $33.1 million collected from game win (Adjusted Gross Revenue/AGR). The second best performer went to Horseshoe Hammond with managed revenue of$28.3 million, followed by Horseshoe Indianapolis that managed $26.1 million. The fourth and fifth places went to Caesars Southern Indiana in Elizabeth for their attainment of $19.57 million and Harrah's Hoosier Park in Anderson for $18.7 million respectively.

Comparison between May and June 2022

A drop in total revenue generally means that the various components that comprise the whole were affected in the same way. In the month of June the state on Indiana reported $256.307M total revenue, out of which, $242.695M was mobile handle and $15.766M was the taxable AGR. This in comparison to the month of May 2022 meant that the gambling industry has undergone a decline of 16.9% in total revenue collected, 16.4% in mobile handle and 48.6% in the amount of taxable AGR.

In the same way that mobile powered betting was negatively affected, the same effect was witnessed in other sports betting platforms. It is not a surprise that mobile sports’ betting is quite popular owing to the prevalence of the Smartphone. It is no wonder then that even in Indiana, majority of bettors gambling through apps and platforms from their internet enabled mobile phones. As of June 2022, more than 94.7% of bettors from IN had access to an online betting games platform. This explains the year-on-year increase from this segment of the market and a decline from the previous month.

With such a remarkable decrease of the revenue, it goes without saying that the tax collected from betting activities would be significantly low. The revenue from sports betting (taxable AGR) for June was $15,765,954, which is a 48.6% drop from the May revenue of $30.66 million and a 38.1% decline from the nearly $25.5 million achieved in June 2021. The tax collected from sports wagering was nearly $1.5 million in June compared to one month and one year before.

What new in and around Indiana casinos?

Besides the revenue figures that have everyone in Indiana closely scrutinizing the gambling industry, June was quite eventful. On 21 June, the groundbreaking exercise for the Queen of Terre Haute Casino Resort project was held. Once complete, this project will sit on 400,000 square feet and will be a great revenue earner for the local community. As far as employment goes, it is expected that the development will create an estimated 500 permanent and 1,000 temporary jobs.

In terms of the entertainment options within this new complex, the the Queen of Terre Haute Casino Resort will be capable of offering 50 table games, 1,000 slot machines and a 10-story hotel when in full operation.

Also in the same state is BlueBet Holdings which in the last few weeks announced that they had entered a deal with Caesars Horseshoe Casino in Hammond for sports betting market access in Indiana. The Australian sportsbook operator will begin US operations in Indiana as ClutchBet.

Losses and profits are a normal part of doing business so the gambling community of IN does not need to get jiggery over the revenues collected in June. Instead of focusing on what went wrong, all efforts should be on what is happening as it should despite the circumstances. New gambling premises are being set up and new alliances are being forged as an indication that the future is full of promise.