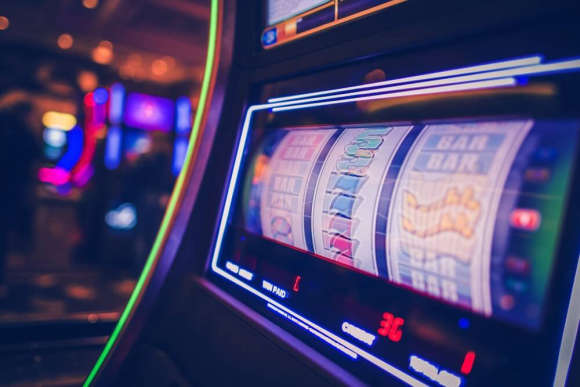 A successful debut in a tribal gaming jurisdiction is the best means of speculating the performance of a product in the wider commercial arena. This is the path that Gaming provider International Game Technology (IGT) with their Money Mania WAP slot. The next big step after the initial success was to dive into the heat of the real gambling scene.

In an announcement made by the company heads earlier in the week, all commercial gaming jurisdictions will now be offering the high-performing Money Mania Wide Area Progressive (WAP) game. This not only adds to the portfolio of games available to customers but also offers them a luck charm through which they can bag progressive millions.

Moneymania is a slot comprised of 5 reels and 9 lines that uses interesting characters, extra games and vivid animations to keep players thrilled. The slogan of this game relates closely to the words on the American currency and justice system. Well, instead of “In God We Trust,” Moneymania players are fuelled by the notion “In Money We Trust.”

If you are mesmerized by the idea of money flashing in front of your eyes during gameplay, this Belatra online casino slot machine is what you should be engaged in. Everyone knows or has at least heard about America; many are familiar with the faces and names of American presidents. Moneymania is available in 14 languages so no one is left out of the fun moments of having dollar notes pop up before their eyes.

Many people might not be aware that there is a $2 bill. Since it has not been in print for such a long time, it makes sense that a lot of people have never laid their eyes on it as the few remaining bills are rare to come by. It is this rarity that the Moneymania slot has been built upon – the objective of the game is to land 3 fragments of the $2 bill and see what lady luck has as a reward for your hard work. The luck round plays out with dollar notes quickly replacing one another on the reels and the only effort from players is to hit the start button to land a lucky bank note.

A banknote is not the only thing to look forward to on this round because some US presidents will appear as well. The faces that appear on the reels can be anyone including George Washington to Ulysses S. Grant but the lucky players will get to see Benjamin Franklin’s face shining his white smile on them. This is only but the first step; the next step involves determining the numbers of bank notes of that same denomination you wish were credited as a win.

Every player gets an opportunity to evaluate their luck and instinct based on a card risk game that offers them a chance of maximizing their wins. All that is required is for a player to make a guess about any card they think is of a higher value than what the dealer has in their hand. If the guess is correct and the down facing card is actually larger in value, your win is doubled.

This slot game has a progressive jackpot feature but it is unusual because it differs from the traditional ‘wheel of fortune’ format. Place a maximum value bet and spin – if you land three jackpot symbols simultaneously on the reels, you proceed to the draw for one of the available super jackpots. This is the stage of the game where the tagline for the new slot makes absolute sense, “The Moneymania” - happiness is not in money, but in their amount!

Housed on the triple-screen PeakSlant32 cabinet of IGT, Money Mania features “Cleopatra" and “Pharaoh’s Fortune” as the base games. The game comprises of multiple mechanisms and has the “Money Jackpot” as its static top play level. The second play level “Mania Jackpot” WAP jackpot is the frequency of the game.

After doing well at the pilot stage, there is great anticipation from the developers that the industry will have a warm reception towards it. Some of the early adopter of the slot includes Hard Rock Hotel & Casino in Atlantic City, Circa Resort & Casino in Las Vegas and Mohegan Sun Casino at Virgin Hotels in Las Vegas. Speaking about the addition, Circa Resort & Casino CEO, Derek Stevens, said that his own experience with Money Mania was enough convincing to have it added on the company’s gaming portfolio.

The game evokes high sense of excitement especially due to the frequent and worthy jackpots. Other IGT video slots that have a similar effect on players are Megabucks and Wheel of Fortune. Stevens is happy that casino guests are gradually warming up to Money Mania which is a good indication that the game is going to stay relevant for a long time.

Chief Operating Officer, Global Gaming at IGT, Nick Khin, has added that the game will be of benefit to casino players and IGT customers. By launching the slot in commercial jurisdictions, IGT seeks to heighten the level of jackpot excitement over the entire country and offer betting providers an alternative way of engaging their players and stand out from the other industry players.

Money Mania is not a new product in the market – it has been previously deployed in tribal casinos. When it first came out into the industry, the developers promised high performance in terms of gameplay and wins. So far, the expectations have been met and many players speak of above average gaming and reward experiences in different venues. In addition to that, players in multiple locations in the United States are benefitting from regular payouts from the slot’s WAP technology integrated jackpot.