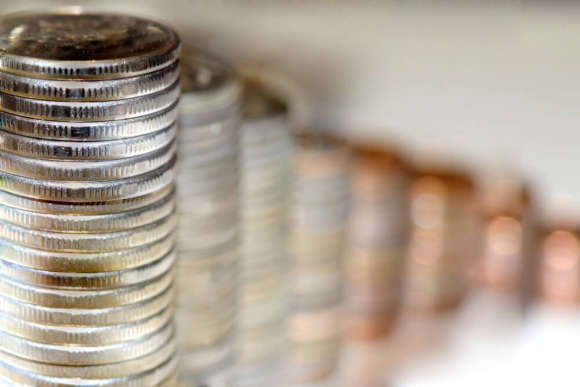 Las Vegas casino CEOs made between 63 and 584 times what the median employee earned last year.

Filings with the Securities and Exchange Commission revealed the pay gap between chief executives and their workers. Here’s a breakdown of the results from Las Vegas’ largest casino operators.

Boyd Gaming CEO Keith Smith made $9.6 million in 2019; the median annual pay of an employee was $31,728. The numbers make for a 304 to 1 pay ratio. Since then, the company has put most of its staff on furlough following the coronavirus shutdown and company executives have reportedly taken a large pay cut.

The company’s total revenue for last year was $3.3 billion, up 27% from 2018. It did, however, suffer a large earnings drop in Q1 of 2020 due to casino closures and players turning to online casinos.

The median pay of an LVS employee was $42,228 last year, while CEO Sheldon Adelson raked in $24.7 million - 584 times more. Unlike Boyd, the company’s 10,000 employees at The Venetian and Palazzo continue to be paid during the Las Vegas virus lockdown. The 1,200 employees working across the company’s 14 third-party restaurants are also being paid by the company.

Former company CEO Jim Murren earned $13.1 million in 2019; employees earned an average of $38,954 as of October 2017. The pay ratio totaled a huge 337 to 1, but MGM has seen big changes since then. The operator has laid off and furloughed many of its employees, offering them two-weeks full pay.

After Murren left the company in March, acting CEO Bill Hornbuckle reduced his annual base salary to $1.1 million, down from $1.4. He is taking his pay for the remainder of the year in the form of restricted stock units.

The total compensation for a Wynn employee was $45,706 last year, while Wynn CEO Matt Maddox made $13.9 million. The operator announced it would pay all salaried, hourly, and part-time staff on its books through May 15, including the average tip rate since the beginning of the year.

Maddox has since given up his 2020 salary.  Other executives in the company have taken a 33% pay cut in exchange for shares of company stock up to the same value. Wynn’s revenue was down 1.6% from 2018, coming in at $6.6 billion. The company relies largely on revenue from gambling capital Macau, which has been hit hard by coronavirus restrictions.

Caesar’s CEO Tony Rodio, who landed that position in May 2019, took a total pay cheque of $4.8 million last year while the median company employee was paid $37,103. The company has since furloughed a large majority of its staff, affecting tens of thousands of workers across its table games casino floor, restaurants, and hotels. Caesars is paying all health insurance premiums for the employees enrolled in its health program until June 30 or their return to work, whichever is sooner.

The smallest pay gap of them all - RRR’s chairman and CEO Frank Fertitta was paid almost $2 million last year; employees were paid an average of $31,003. Since the coronavirus outbreak, both CEO Frank Fertitta and Vice Chairman Lorenzo Fertitta have stopped their own pay.  Their salaries will resume at the end of the pandemic.

The operator’s parent company has offered regular pay and health benefits to its employees until May 15, and has moved several hundred part-time employees to full-time status so that they might receive full benefits. It has also donated $1 million to the Nevada COVID-19 fund.