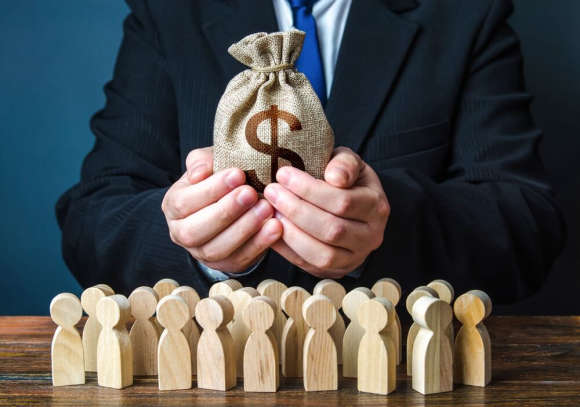 Hard Rock International has agreed to raise its employees’ salaries. Hard Rock recently announced that it would lay aside approximately $100 million to boost the salaries of at least 10,000 non-tipped staff. The salary increase will help the employees make ends meet as the cost of living continues to rise.

Over the last few months, the cost of living has continued to worsen as prices of goods and services continue to soar through the roof. Casino employees have been forced to dig deeper into their pockets just to afford basic commodities including foodstuff, rent, as well as gas. Most casino workers make less than $20 an hour and have been pushing for months for increases.

The hospitality industry, including casinos, is severely understaffed, which has led to increased workloads and more overtime. Most hotels in the city appear to have eradicated daily cleaning, which means that workers are being forced to work on dirtier rooms while also pushing to maintain checkout rooms as well.

Casino workers had authorized strike not too long ago

Earlier this June, union employees at 5 out of 9 casinos in Atlantic City approved a strike if new contract agreements were not reached before the early July deadline. Had the strike gone ahead as planned, it would effectively have impacted at least 6,000 casino workers including cocktail servers, valets, housekeepers, bartenders, and more who have all been demanding salary hikes amid the continued labor shortage.

Contracts for staff members at various hotels including Hard Rock Hotel & Casino, Tropicana, Caesars, Harrah’s, and Borgata expired on May 31st. The union representing the staff members, Local 54 of Unite Here, was seeking a salary increase of 38% in the minimum wage so that the salary could rise to $18 an hour.

Earlier on June 8th, Local 54 of Unite Here had sent a complaint to the state community affair division, alleging that hotels weren’t cleaning guest rooms on a daily basis, which would result in more work for the already understaffed employees. As Atlantic City casinos continue working hard to regain their spot as the No. 2 gambling market in the country, it is pertinent that the establishments handle their staff with more care.

Plus, casinos in the state are facing a lot more competition from neighboring states such as Pennsylvania and New York. As such, the state must do everything possible to ensure that the casinos maintain high standards throughout.

Hard Rock’s new bonuses will range between $18 and $21, which should go a long way in assisting casino employees to deal with the rising cost of living. With this new bonus initiative, Hard Rock is hoping to keep its best staff while also attracting new talent. But it’s not just non-tipped casino workers that will receive salary hikes.

Certain salaried employees including cashiers, security workers, and cooks will also be enjoying new bonuses. In certain circumstances, salaried workers at Hard Rock can expect raises as high as 60%, which should see at least half of the brand’s workforce with heftier wallets each month.

CEO of Hard Rock Jim Allen believes that the new initiative will help Hard Rock stand out as competition among brick-and-mortar establishments continues to intensify. If other casinos in the state intend to keep their staff, they must also do something to demonstrate support for their casino workers. Indeed, raising an employee’s paycheck is easily one of the most straightforward ways to secure and retain workers.

This new investment will allow the brand to honor and appreciate its workforce even after Hard Rock recently included bonuses for frontline employees that sacrificed their health and safety during the pandemic. This new change in salaries will see a more than 60% rise for many of the brand’s employees.

Hard Rock is headquartered in Florida where the minimum wage for employees remains $10. The minimum wage varies from one state to the next. For instance, in Georgia, the minimum wage stands at $7.25, in line with the federal minimum wage. Despite showing a strong recovery post-pandemic, many American say that their personal finances have worsened over the last year or so.

As such, this salary hike could not have come at a better time for Hard Rock’s workers.

Meanwhile, Hard Rock continues to focus on expanding its footprint in the country. Recently, the brand made it clear that it intended to take its products and services to Wisconsin. For a casino operator like Hard Rock to start offering its services in the state, it would have to team up with a tribal partner.

Luckily, Hard Rock already has an existing relationship with the Seminole Tribe which owns and operates the Hard Rock brand in Florida. Over the last few years, the brand has expanded into new territories including Illinois, Nevada, California, as well as Virginia. Last year in December, Hard Rock acquired the Mirage, which will see the brand make its triumphant return to Sin City.

This July, Hard Rock also opened its first casino in Virginia, the Hard Rock Bristol thus established its presence in the burgeoning market. Not too long ago at the start of September, Hard Rock also announced that it would be debuting its mobile app and sportsbook in Indiana and Tennessee. In Indiana, Hard Rock will have a land-based casino thanks to Hard Rock Casino Northern Indiana. In Tennessee, on the other hand, the brand will be embodied by the Bristol Casino.

Indeed, Hard Rock is one of the most established brands in the country and it is easy to see why. The Hard Rock brand has built a worldwide entertainment and hospitality domain that spans hundreds of hotels, live performance venues, sportsbook lounges, and more. Expansion remains the focus of the casino operator so it is likely that the brand will keep making more moves and partnerships that cement its position in the North American gambling market.