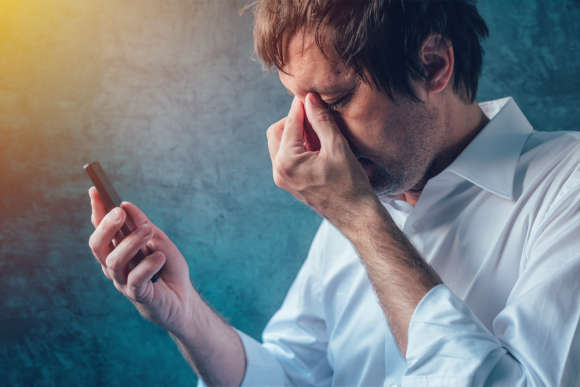 Google has come under fire after gambling addicts were shown ads for online casinos.

First reported by The Telegraph, addicts searching for GamStop, the UK’s self-exclusion program were served ads for online casino bonuses.

The sites originated in countries such as Cyprus and Curacao which are not linked to GamStop.

It was reported that the top four search results provided to addicts when searching for GamStop gave advice on how to get around exclusion programs, while others listed unregulated sites that would still accept bets from gamblers trying to quit.

The official GamStop site was listed fifth in the search results, but first for organic search.

Google has now been forced to tweak its gambling advertising rules, and the offending Google Adwords accounts have been suspended.

When Online Casino Gems checked on Saturday, the first search result was the official GamStop site, although the second result was a site listing ‘Casinos not on GamStop 2020’.

The site quotes: “On this page, we feature all gambling sites and casinos, not on GamStop. All casinos on this page have licences [sic] in either Malta, Cyprus, Curacao, Gibraltar or some other off-shore jurisdiction.”

The sites previously under scrutiny were listed using Google Adwords. In order to place paid ads via Adwords, operators must first apply for Google accreditation and establish that their product(s) ‘abide[s] by local gambling laws and industry standards’.

Google has not revealed how the system failed to flag these sites, other than to say it uses ‘a combination of humans and algorithms to vet advertisers’.

A spokesperson for the company said: “We support responsible gambling advertising and it’s important to us that people see useful and relevant ads in this area.

“As such, we have strict policies around gambling ads, which we enforce rigorously. We have suspended the accounts in question.”

The adverts under fire appeared to be placed by third party sites, rather than the listed casinos themselves. Gambling companies often pay affiliates to find new customers who may prove to be lucrative.

Chief executive of GamStop Fiona Palmer said she was ‘very concerned’ about the damage possibly caused by the ads.

She said: “When people search for information about self-excluding from online gambling, they should only see results relating to GamStop and organizations providing support for problem gambling.

“Consequently, we are working with Google and other search engines to ensure that when people search for information about self-excluding from online gambling, our website is prominently displayed and these websites are not included within the search results.”

One of the worst offenders, as reported by The Independent, was still appearing as an ad after Google released a statement surrounding the matter.

It wrote: ‘Don’t miss the chance to have fun again. Find the best sites on GamStop here’.

Speaking to The Independent, Labour MP and chair of a group on gambling-related harm Carolyn Harris said the adverts were immoral.

She said: “I don’t necessarily blame Google. In a way, they are victims of the ingenuity of companies that are capable of bypassing any measures that are put in place.

“I have serious reservations about the entire self-exclusion system and the gambling industry’s willingness to tackle the problem.”

The cross-party group is now conducting an inquiry into the issue of online casino adverts appearing alongside efforts to help addicts.

This isn’t the first time gambling ads have been inappropriately placed on Google. In October 2019, the Advertising Standards Authority banned a casino app ad shown to customers who searched ‘how to unsubscribe from all gambling’.