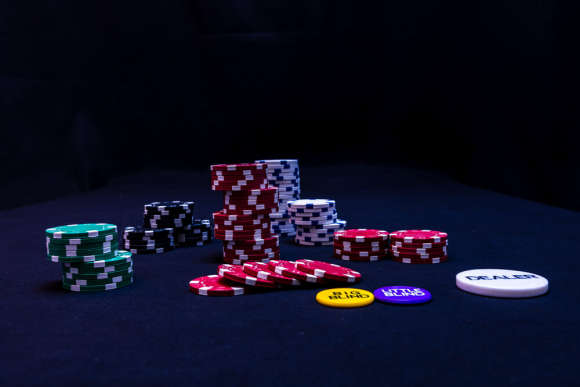 This year’s Grand Poker Series held at Golden Nugget LV was recently wrapped up. The series, which was held between 28th September and 18th Oct 2021 awarded $2,630,429 in prize money throughout 50 events that saw a total of 12,859 entries. The Grand Poker Series is one of those events that has become a staple in the annual poker tournament calendar.

It is also one of the few tournament Series that boasts an interesting story. As the story goes, the Grand Poker Series was inspired by a 2007 improv movie directed by Zak Penn. The cast included some of the best actors including Cheryl Hines, Woody Harrelson, Dennis Farina, Werner Herzog, Ray Romano as well as a handful of real Vegas-based poker stars such as Doyle Brunson.

The focus of this movie was a poker tournament that was filmed at the Golden Nugget. The plot of the movie was open-ended in that all the poker scenes that were filmed were unscripted because director Zak Penn wanted to film a real-life final table scene. This means that even the characters themselves had not been informed in advance which character would win, which is how the movie ended.

Each of the actors was provided some guidance on their characters but it was left up to them to improvise every scene. The Grand debuted at the Tribeca Film Festival but the following year, Golden Nugget turned the fictional poker tournament into a real-life one. The 1st Grand Poker Series $1,080 final table saw player Inhpounh Vongvone walk away with the $21,728 prize money and the series has been held each year since.

This year, it was John Gardner that emerged victorious from the $600 Grand Poker Series Championship No-Limit Hold'em that saw more than 1,096 combined entries for the final pool of $565,536. Of 1,096 combined entries, 138 participants made it to Day 2, which ended with just 9 participants left. The final table was held on the third and final day with the final table lasting a little under 3 hours. In the end, Gardner walked away with an impressive cash prize of $100,266.

Although Event Event #22, the Championship No-Limit Hold’em was the highlight of the tournament, the Grand Poker series kicked off with Event #1: $250 Omaha 8 or Better whereby Jose Leon of Bellflower got the first trophy of this year’s series and $3,480. The largest prize awarded was awarded in Event #5: GNLV Poker Room Invitational that handed out the cash prize of $9,100 to North Carolina native Michael Brewer.

The poker scene is alive and kicking

The ongoing World Series of Poker has been taking place since its debut on September 30th. Participants at the Rio All-Suite were treated to a surprise guest appearance when poker Veteran Doyle Brunson finally made his surprise return to the WSOP. Brunson arrived at the Rio in the afternoon during Event #58: $1,000 Super Seniors No-Limit Hold'em and played his first WSOP cards since he announced his retirement 3 years ago.  The last event that the poker legend competed in was held in 2018 at Event #23: $10,000 No-Limit 2-7 Lowball Draw Championship.

Doyle was convinced by his son to take part in the 2018 Event and Doyle complied, albeit reluctantly.  However, this turned out to be a great decision for the veteran who managed to reach the final table before being edged out in 6th place for a final cash prize of $43,965. Doyle has not competed on a WSOP table since then.

It was in June that the revered poker player finally announced that he was planning to come out of retirement once again to take part in a few select tournaments. Doyle, now 88-years-old, treated the crowds during Day 1 of the Super Seniors tournament and was chaperoned to his seat by fellow legend and Hall of Famer Mori Eskandani. Brunson set things off by raising 1600 and played for a while before leaving less than an hour later.

WSOP is not the only tournament in town

But the 2021 WSOP is not the only fall series in town. Card rooms all over Vegas such as the Orleans, ARIA, as well as Venetian will be offering alternative tournaments which are great for anyone that is in it for the thrill of the game. This year’s WSOP will keep running until its conclusion on November 23rd.

The European leg of WSOP will start before the North American version on November 19th, which means that some players might have to travel to the Czech Republic as soon as they are done in Vegas. The WSOP Europe will take place from December 8th. Another tournament series that kicked off for fall is GGPoker’s “Ultra Affordable” online festival, which was designed to resemble the online scope of WSOP.

The tournament started on October 23rd and concluded on November 7th. The series will feature 54 events with an array of buy-ins starting from as low as $2.50. With such a broad range for all sorts of players on all budget levels, GGPoker has touted this event as the WSOP Online experience designed for low-stakes poker players.

PokerStars’ Europen Poker Tour is also slated to kick off this fall at the Hilton Hotel Prague. This event will take off as soon as 2021 WSOP Europe, which is to be held at the King’s Casino in Rozvadov is concluded. The first tournament at the EPT National tournament is scheduled to take place between December 9th and 13th with an €1100 buy-in tournament. This event will be followed by the €5300 Main Event, a No-Limit Hold’em tournament that’s set to conclude on December 19th.

The final table of the Main Event will also coincide with the €10,300 High Roller tournament that will occur between December 17th to-19th.  This is one of the few tournaments that will be held in Europe this fall so organizers are expecting a large and pumped-up turnout.