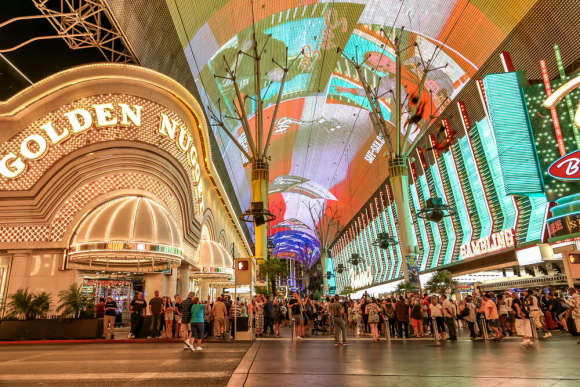 The Golden Nugget Online Casino had unprecedented success in 2019, and it’s started the new year just as strong with more than $20 million in January revenue; this marked a new high for not only the Golden Nugget, but also for all online casinos in the Garden State.

Leading the pack is, of course, the Golden Nugget Online Casino. The Nugget has provided its customers with a huge library of games along with its innovative live-dealer selection, while the generous no-deposit bonus has also lured in many new players month after month. In short, the Golden Nugget Casino Online is the total package, and this propels it to our number one.

SugarHouse has been in the news a lot lately, due to its success in both New Jersey and Pennsylvania; it’s had quite a few Divine Fortune jackpot winners over the last few months, only adding to its popularity. The SugarHouse first-deposit bonus requires just one wager, which means players can get their money faster, so that’s a winner for everyone and pulls new customers in. SugarHouse NJ Online Casino is just a sweet, sweet deal!

Betfair is gaining in popularity, primarily due to its ties to FanDuel Sportsbook NJ. Likewise, the Betfair risk-free welcome bonus gives New Jersey players a worry-free first day, up to $200 in wagers. It's a good way for new players to familiarize themselves with the Betfair Online Casino without risking too much outlay. Generosity always pays off.

While no one expected disappointment when the numbers for the NJ online casinos came out, no one could have predicted quite how successful January’s revenue would be for this casino. It really outshines both old-established and new online casinos in performance.

In fact, the Golden Nugget enjoyed a five-month winning streak, setting revenue records that peaked at $18.93 million until the figure dropped to $17.29 million in December. It’s a fair bet that this means the Nugget started 2020 with a new winning streak, showing close to a $4 million increase in January. That single month’s $21,207,632 revenue easily overtook Resorts Digital’s second place, firmly maintaining the Nugget’s top spot.

These numbers for the last seven months are based on the New Jersey Department of Gaming Enforcement January tally.

While it's still early in 2020, the Golden Nugget's January revenue is spectacular, even when compared to its record across 2019 in which the online casino raked in a total of $177 million. If January 2020's numbers are the new average, the Golden Nugget's total for 2020 would set a new record of $254 million for the year.

With Golden Nugget Online Casino’s record-setting January as well as all the other online casinos setting new earnings highs, online gambling in New Jersey looks bright in 2020--and it’s plain to see from various online casino web reviews that this one is truly well-loved by its players, with a high loyalty factor.

It’s certain that the Garden State will continue to be the East Coast destination for both in-person and online gambling for many years to come.