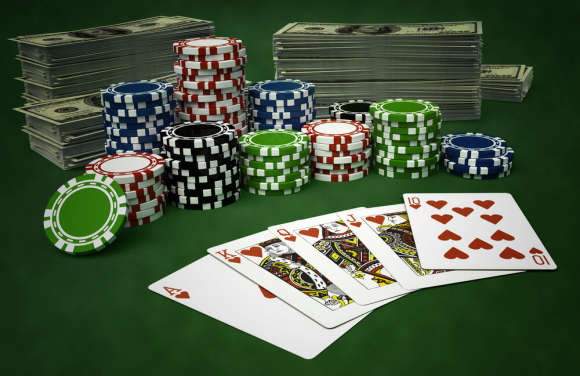 Poker has over the last few years gained popularity among people of all age groups. It is no longer a game reserved for gangs and crooks tucked away in dark rooms. No wonder there is always a poker tournament to look forward to these days – and most of them record player populations beyond what had been anticipated. This is a good thing in many cases because the guaranteed prize of the championship is surpassed allowing the organizers to pay winners without running into losses.

Are you in Las Vegas area and looking for a daily dose of online poker action? There are plenty of tournaments running in the area and especially if you check with brands such as Golden Nugget. The casino is currently hosting the Grand Poker Series which has been scheduled to run into the month of July. With a guaranteed prize pool of over $3 million in combined guarantees, this is a gold mine for the experienced poker player.

Unlike other casino games that rely on luck to dish out rewards, poker can be learnt and mastered for monetary gain. Many new poker champions learnt to play the game well by watching experienced players in action. Following a game from start to finish allows players to identify instances of lost chances and provides for a scenario where moves can be scrutinized without affecting the game. Some players prefer watching recordings of games they have participated in with the intention of picking up areas where they need to improve.

The schedule of the Grand Poker Series has been released and judging by the events featured, is going to be an exciting experience. There will be a total of 81 events of various types whose buy-ins will range between $125 and $1,100. This is the perfect mix for poker players as the schedule comprises of every poker game ever heard of. This makes the tournament a worthy sport for players of every caliber.

If you are interested in the highlights of the series, the good news is that there will be plenty. The most outstanding of them all is the $1,100 buy-in PokerNews Cup that has been matched with an extravagant $1 million guarantee. Although the action of the tournament has been confined over a period of three days, there will be a series of separate starting flights before the main action period.

For every player who has ever played in a poker tournament organized by Golden Nugget, the interest is in the $300 buy-in $250,000 guaranteed Mystery Bounty event. This is the event that every player is eagerly waiting for because of its rich reward system. According to the rules of the game, players earn a prize for every opponent they eliminate. The size of the reward is random but the distribution is based on the number of players an eliminated player has ousted. The event has a total of nine starting flights which will be played for three days 2 weeks before the start of the tournament.

Mystery Bounty Events reward players not only for finishing last but also for getting rid of other players. It is no wonder that such games are slow as players try to preserve their slot in the race.

The final event of the Golden Nugget Poker tournament has a $500,000 guaranteed prize pegged to it. As the main event, this will be the last action arena that will in turn lead up to the championship ceremony. There will be three starting flights for this $600 buy-in event.

The Story of Golden Nugget

Looking at Golden Nugget palace in Las Vegas with all the modern amenities that a 21st century online casino would offer, it is hard to imagine that the gambling legend first opened its doors to business in 1946. The property now boasts of 2,419 rooms and is the largest single entity property on the northern side of the center strip.

Gambling is not the only activity that goes on in the Golden Nugget establishment – the casino resident of Fremont Street has an eye-popping pool that has an inbuilt shark slide tank. Casino winners can treat themselves to a spa and salon treatment or experience a range of cuisines from the finest restaurants within the same building.

A lot of casino players have fallen victim to casinos that treat some games as more superior than others. Poker is one game that many people love to ignore or not pay close attention to. At the Golden Nugget Casino, poker receives as much attention as the other games, if not more. The first evidence of this is the poker room which has been strategically placed adjacent to the main gaming floor.

Golden Nugget Casino management has obviously spent a fortune to make the poker room not only inviting but also comfortable. The room is a smoke free zone with 13 cash game tables. Aside from the plush décor that ushers in players into a dreamlike space, the seating is equally cozy. There are television screens all around the room to keep players engaged and entertained plus all the tables have inbuilt phone chargers for convenience

The true measure of business success is in the willingness to adapt to changing times and Golden Nugget is proof that it can be done. By doing this, the casino manages to retain early players while attracting the younger generation players. Obviously, the catch is in striking a balance between what was and what is.