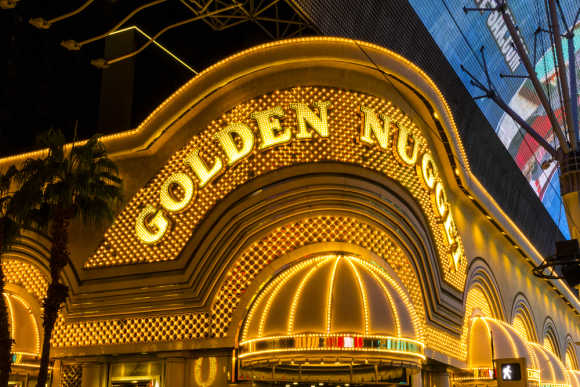 New Jersey is killing the game when it comes to gambling and sports betting.

The state’s casinos are set to earn a very tidy $38.1M in June, which is just $1M under its all-time revenue record set in the month of March.

The June report from the NJ Division of Gaming Enforcement really does boast some impressive statistics.

The other small proportion comes from online poker sites, bringing in 5% of the total, which has dropped 3% around a year ago.

This year has definitely been a standout year for the state’s gambling culture, with revenue up 68%  over 2018. That’s a further $22.7M going into the state’s economy from casinos alone.

Golden Nugget Casino is currently leading the way in New Jersey, bringing in $13.6M in June. The number is nearly double that of any of its competitors and has been top dog in the state’s gambling game since December 2016.

Resorts earned $6.9M in June across online poker and casino. It is thought that new player DraftKings Casino may challenge the top spot in the months to come.

$45M was brought in by online games and betting.

Golden Nugget is responsible for most of the casino market growth in New Jersey. The online gambling scene has seen a 2.8% increase in month-over-month for the last two years. Revenue from online casinos has grown 2.6% month-over-month, and online poker sites have seen an increase of 1.8%.

Annual growth - regardless of how large or small - should be seen as really good news after years of falling revenue in the 2010s.

A full recovery, it seems, hangs in the balance of Pennsylvania joining a multistate poker alliance. However, since Pennsylvania only just got the go-ahead for online gambling, none of its sites are yet live.

Sports betting has also proven to be popular in New Jersey, bringing in $9.7M last month. Online sports betting accounts for most of that, tallying $6.9M.

We already know that Golden Nugget is the winning casino in New Jersey, but here are the statistics to back up that thinking. The casino recorded revenue of $13.6M in June, adding to its eight figure streak since launching in 2016. No competing casino has ever reached $8M in one month, let alone $13.6M, so it’s safe to say that Golden Nugget is in a really good place at the moment.

Resorts AC runs under DraftKings, Mohegan Sun, PokerStars, and Resorts, so it’s probably fair to say that its large portfolio probably has something to do with its second place on this list. The network made $6.9M in June, keeping it in second place for the sixth month running. Online poker didn’t do much to help: it actually took a step back, which is likely because of the WSOP NJ traffic increase.

Borgata operates under a network of Borgata, playMGM, Pala, and partypoker. The group made a profit of $6M in June, which makes the company’s annual growth equal to 50%. It has managed to create quite a bit of breathing room during this time too, making it very hard to fall into fourth place.

The fourth place we’ve been speaking of is held by Caeser’s. This casino company operates under 888, Caesars, Harrah’s, and WSOP NJ. Caeser’s made a solid $5M profit in the month of June. $4.1M of that profit came from casino games.

The rest came from a boost in online poker and WSOP NJ, which recorded $862,000 in revenue for the month. Its June 2019 figures are the best since February 2016.

Tropicana, operating under its namesake and Virgin, has held its monthly revenue very safe and steady for years. In June, the company made $3.75M, which is very normal when put against its annual figures.

Tropicana is consistently making a good income, but it hasn’t grown like its competitors which has left it trailing along in fifth place. The casino has seen revenue growth of just 4% compared to some of its biggest competitors, who are currently reaching around 75%.

Hard Rock recently added UniBet to its network, which was a major help when to its June report. Hard Rock recorded a win of $2.4M, up almost 60% from its profits in May. These numbers give Hard Rock the title of steepest month-over-month growth out of the group.

At the bottom of the list is Ocean Resort, which recorded a revenue of $357,000 in June. Although its online casino is struggling to take off, the company’s sportsbook brought in the second-highest revenue among the competition in Atlantic City.

In June the group of casinos in New Jersey made over $355M - evidence of the sheer amount of money available in the world of gambling. More than $53M of this was paid back in tax to help fund the state.

Despite the popularity of sports betting, the New Jersey online sportsbook isn’t doing too well, generating a combined $67M for those operators.

It’s clear to see Golden Nugget is in for the win, but can it hold its nerve? Guess we’ll be waiting on July’s figures....