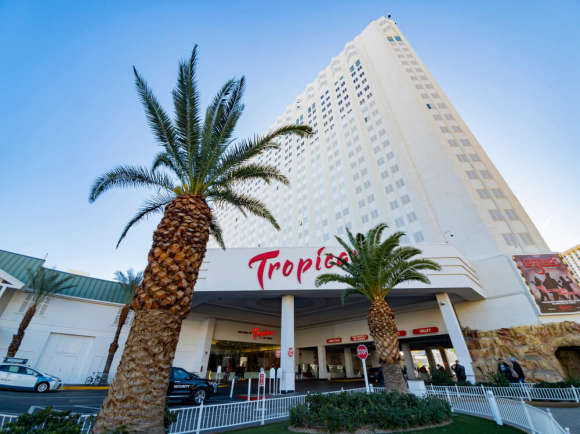 GLPI, Bally’s Seek Way to Maximise Use of Tropicana Land

GLPI, Bally’s Seek Way to Maximise Use of Tropicana Land

Gaming and Leisure Properties (GLPI), the real estate trust that holds the land where the Tropicana Las Vegas Hotel & Casino is situated, has said that it is working on a long-term plan with Bally’s, which is set to acquire the Las Vegas Strip property for $308 million.

Peter M. Carlino, chairman of the board and Chief Executive Officer of GLPI, told analysts on an earnings conference call there was potential for more at the site and the two entities were working together to maximise “whatever occurs there.”

“I don't think we or even Bally's knows what more is right now. Frankly, we're working cooperatively with them to figure out how we can maximize whatever occurs there. And I'm just here to say that we are considering the maximization of every inch of that property,” said Carlino.

The resort sits on 35 acres on the Las Vegas Strip and includes 1,470 guest rooms, 50,000 square feet of casino space with 1,000 gaming positions, a 1,200 seat performance theater and 100,000 square feet of convention and meeting space. There were expectations that the earnings call would shed more light on the long-term plans of the project, but GLPI chose to play its cards close to its chest.

Instead, Carlino reiterated that analysts must “stay tuned” for further developments

“I wouldn’t assume that the deal we have announced is all that you’re going to see coming out of it. Time will tell. We’re very anxious to build our relationship with Bally’s. They’ve been terrific to work with to date, but I don’t think they’ve refined what they want to do, but we’re helping in that process to figure out how we can get the best use of that site,” Carlino said.

Last April, Bally’s announced that it had reached an agreement to acquire the property from Penn National Gaming, which is affiliated with GLP. The deal is expected to close in the first quarter of next year.

According to the deal, Bally’s is acquiring Tropicana property's non-land assets for $150 million. Bally's also agreed to lease the land underlying the Tropicana property from GLPI for an initial term of 50 years at annual rent of $10.5 million, subject to increase over time.

When announcing the deal, George Papanier, President and Chief Executive Officer of Bally's, said: "Landing a preeminent spot on the Las Vegas Strip is a key step for us. The Strip is visited by over 40 million players and guests per year, which we believe will significantly enhance Bally's customer base and player database, as well as unlock marketing opportunities to leverage the iconic Bally's brand.”

Bally’s has affiliations with Major League Baseball, including broadcast rights for several teams, including the Oakland A’s through its partnership with the Sinclair Broadcasting Group. The Las Vegas Review-Journal reported that the Oakland A’s have been scouting Las Vegas as a potential relocation destination.

Soo Kim, a hedge fund investor who is chairman of Bally’s board of directors, said in May that he hadn’t heard from Oakland A’s President Dave Kaval but that he’d be happy to talk with him if he came calling.

“We are very creative and there are 35 acres (at the Tropicana). I actually don’t know how many acres it takes to host a baseball stadium so it’s hard for me to comment on this. But Vegas is an important market on a number of fronts. It’s also fast-growing and dynamic, which is what sports teams like,” Kim was quoted as saying.