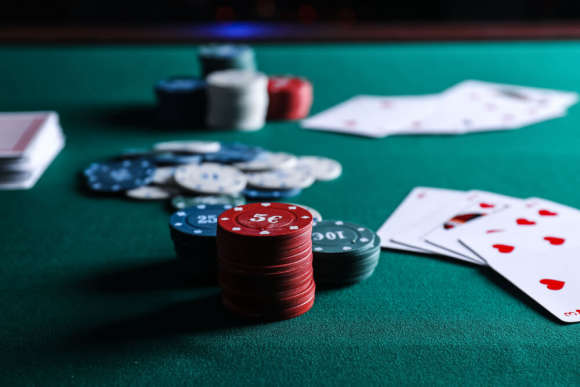 Global Poker has brought back its micro thunder online tournament series created specifically for small stakes poker players. The tournament was scheduled to take place between March 6th and 13th as the 4th edition of the series. Not only did this event allow small stake players to take part, but it also promised huge prizes in return.

In this micro tournament, 27 Gold Coins and 27 Sweep coins were up for grabs. This is one of the more established tournaments that are geared towards poker players with smaller bankrolls. Owing to this well-organized tournament, poker players in the country battled it out on the virtual felt for some impressive prizes.

Buy-ins for this tournament started as low as SC 1 and GC 1000, to make the tournament accessible to all sorts of poker players online. The prizes on offer during the tournament could be easily swapped for cash prizes, as well as Gold Coins that were up for grabs. Global Poker also treated all the winners of both the SC and GC tournaments with a trophy, as well as limited-edition merchandise, which consisted of pins, t-shirts, and caps.

all the players that signed up would battle it out to gain entry into the Gods of Thunder Event. All the participants that made it to the final table series would automatically qualify for this tournament, as well as the popular Series trophy. As one of the fastest-growing poker sites in the US, Global Poker has helped to introduce a new fresh series in the market for poker players that aren’t always catered to.

This online poker festival is scheduled to last for 2 weeks and will feature the deepest structured tournaments in the online casino’s history.  During the Monsterstack online series, poker players will battle it out for GC 416 million, as well as SC 1,040,000. To juice the pot, Global Poker’s customers will also get the chance to win epic prizes that will be given to table finalists, as well as limited edition trophies for the first-place finishers.

Global poker is one of the most recognized social poker rooms and is, therefore, free to play. Even though the online poker site is free-to-play, it has dedicated itself to providing players with a broad supply of games, colossal prize pools, as well as an assortment of tournaments and championships. The site so far has managed to register more than one million poker players from various parts of the country.

Free-to-play poker sites are unique as the poker players that register for these sites are not typically required to pay to play. This means that when poker players participate, they do not win or lose money- they just take part for the fun of it.

Even though free-to-play poker sites do not involve real money, the sites still generate an income. Since people spend a lot of time on these online poker sites, the operators of the site generate funds through advertising. A huge majority of the revenue is acquired from selling ads that then appear in the online poker rooms when participants are playing.

Free-to-play poker sites also have a great user rate. On average, when a player logs into the side, they are likely to play for approximately 70 minutes for each session. Additionally, these players are also likely to play more than 10 hours every month. If you compare this to the traffic that regular poker websites receive, you will find that it is considerably more than most real money online casinos experience.

Even though not many people talk about them, free-to-play poker sites have been around for decades. However, interest in these kinds of websites has blown up in the last year or so as a result of the pandemic forcing people to spend more time indoors. These days, almost all online websites have their own free version available for inexperienced players.

When newcomers join these sites, they can test out their poker-playing abilities without making deposits or committing money. This provides these novice poker players a safe and regulated environment for them to test their skills and practice. Examples of established poker brands that offer free-to-play versions include PlayWSOP.com, Zynga Poker, the PlayWPT free online poker site, and so many more.

Another free-to-play poker site, NLOP, or the National League Of Poker, recently celebrated a milestone in April this year. NLOP has been in operation for 15 years, which is quite an achievement. To commemorate this milestone, NLOP gave away cash prizes amounting to $500,000 to its loyal customer base, as well as to its new customers.

Since the free-to-play website debuted in 2006, NLOP has awarded customers close to $6 million in cash prizes to date. Last year, NLOP debuted its mobile app for use across all devices in order to make it easy and more convenient for its users to enjoy the free-to-play games on offer.

Players in free-to-play websites like Global Poker and NLP enjoy a unique online poker experience that’s characterized by social gaming. Millions of registered users help to keep these games competitive, which is why the number of new users on these sites is predicted to grow even more in the coming years.