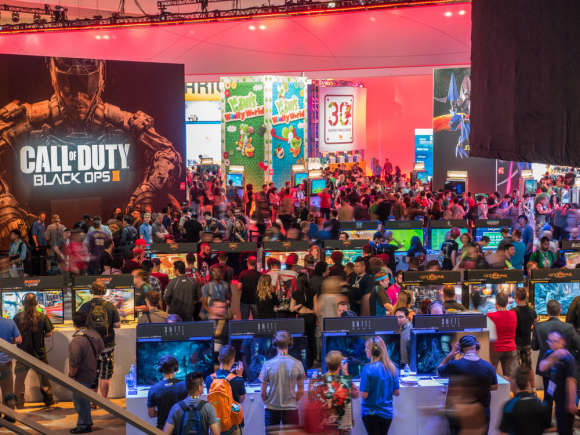 The Global Gaming Expo, which had to be confined to cyberspace in 2020 due to the COVID-19 outbreak, is back on the Las Vegas Strip as an in-person exhibition.

“We are thrilled to be back here, live, in Las Vegas. I mean, there’s nothing like getting back together in person. A year ago, this hall was empty,” said American Gaming Association (AGA)chief Bill Miller.

The gaming industry has been on a resurgence in the past year following COVID-19 enforced closures in 2020. The Global Gaming Expo, known as G2E, was forced to be a virtual event last year. However, Miller is buoyant about this year’s event, saying an in-person expo is “a lot better than being on a Zoom (videoconference) call.”

The Sports Handle website explained that on the third day of the expo, Arizona Cardinals owner Michael Bidwill will take part in a keynote conversation with Bill Miller, who serves as president and CEO of the AGA. Arizona, a newcomer to the U.S. sports betting market, launched legalized sports wagering in September just before the start of the NFL regular season. The Cardinals, who secured a partnership with BetMGM in August, have plans to launch a retail sportsbook in State Farm Stadium at some point during the 2022 NFL season.

As has become the norm, the expo will feature Scientific Games, IGT, Aristocrat and Konami. Casino products, such as table game chairs, playing cards and gambling chips will also be on display, while tech companies are set to display the new-age services, such as contactless payments and B2B sports gambling platforms.

At the 21st G2E, one product that wasn’t much of a consideration just a few years ago, but is taking on greater prominence, is iGaming: Online slots and table games played on computers and mobile devices in jurisdictions where such gambling is legal, the Top US Casinos website reported.

G2E has been held annually since its debut in 2001. Generally attendance has been around 27,000 people, but this year organizers are expecting a smaller crowd due to COVID-19 restrictions that mean some foreign executives will not be able to travel for the expo.

Attendees to this year’s event will be expected to submit proof of vaccination through their mobile phone apps. Attendees will also be expected to wear masks during the duration of the expo.

The expo’s organizers have also emphasized on the need for social distancing throughout the event, which runs from October 4 to 7. In addition, there will be increased sanitizing stations throughout The Venetian Expo Center, which hosts the event.

The return of the in-person G2E is key for the Las Vegas economy.