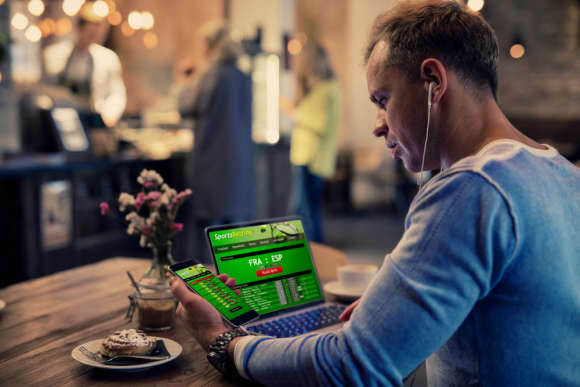 Georgia could soon legalize online sports betting after a Republican senator filed legislation to support it.

Jones said it would make sense to start to regulate sports betting, which is estimated to be worth $1.5 billion in its current illegal state.

Of the money made from the new system, 95% would benefit the state’s HOPE scholarship.  The remainder would go to the Department of Behavioral Health and Developmental Disabilities to help fund addiction treatment services.

Jones said: “It’s going on currently… And so we feel like — much like the internet sales tax — that it’s just an opportunity for us to capitalize on an entity that’s already operating.”

Under Senate Bill 403, as introduced by Jones, sports betting companies will pay a 20% tax on their income, with 15% of that going to HOPE.

Players would need to be over 21 and physically in the state in order to place a wager and take advantage of gambling bonuses.

The bill has since been backed by the Georgia Professional Sports Integrity Alliance, which is made up of the Atlanta Braves, Atlanta Hawks, Atlanta United, and the Atlanta Falcons.

The fall of the Professional and Amateur Sports Protection Act in May 2018 is now completely changing the way the country views sports betting.

So far, over a dozen states have legalized sports betting to allow residents to gamble safely.

The reaction from lawmakers has, however, revealed itself to be extremely two-sided.

While Senate Republican leadership has said there is no interest in pursuing gambling legislation, House Speaker David Ralston has noted the interest in a legalized system in the state.

Lobbyist with the Georgia Faith and Freedom Coalition Virginia Galloway has other ideas, describing the move as ‘disappointing’.

She said: “Haven’t the Braves and Falcons disappointed Georgians enough already? Now they’re pushing for a casino in every pocket so more Georgians can get fleeced on their cellphones by gambling interests.”

Supporters of the bill believe 2020 is the year gambling will finally be expanded after Governor Brian Kemp announced state spending needed to be cut.

“It’s now time for them to wager in a fully regulated environment that protects consumers and the integrity of games.”

The legalization of sports gambling across the nation has proved highly successful so far, passing the $10 billion mark in July 2019. Though it is estimated the illegal industry is worth around $150 billion in the United States, it is thought the numbers will change significantly as more states give their residents the chance to bet legally through regulated operators.

Nevada remains the dominant force for sports betting income, with New Jersey coming in second thanks to its system allowing residents to register on mobile platforms and bet online, which reportedly brings it 85% of its profits.