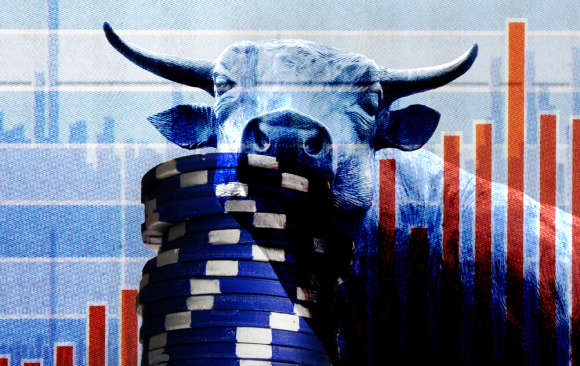 With the United Kingdom and the European Union looking to introduce measures to slow down play and stop apps, Gaming Realms, which creates and licenses innovative games for mobile, is looking to the U.S. market for growth.

Unlike in the UK and the EU, the U.S. is instead easing restrictions on mobile gaming and this could be a big boost to Gaming Realms.

Gaming Realms already has a presence in the U.S., as it already operates in New Jersey and has just launched in Pennsylvania with BetMGM and Rush Street Interactive. It has also launched in Michigan with DraftKings.

Gaming Realms creates games under the Slingo brand, a cross between slots and bingo, and licenses them to casinos. The company’s first Slingo game in Pennsylvania is set to go live soon.

Gaming Realms will also go live with Rush Street Interactive in Pennsylvania imminently and has agreements with a number of other leading operators to go live with our Slingo Originals content. This follows successful launches of Slingo Originals with BetMGM and Rush Street Interactive, along with other operators, in New Jersey and Michigan, a statement announcing the Pennsylvania launch said.

Michael Buckley, Executive Chairman of Gaming Realms, said they were delighted to be launching Slingo Originals games in Pennsylvania, which is one of the three leading U.S. states for iGaming and where gambling revenue increased over 60 percent year-on-year in July 2021.

“BetMGM and Rush Street Interactive are both major players in the U.S. gaming industry and have been successfully distributing our Slingo content in New Jersey and Michigan. We look forward to strengthening these relationships and securing additional agreements with market-leading U.S. operators to bring our full suite of Slingo games to a new audience in the U.S.,” said Buckley.

Gaming Realms creates and licenses innovative games for mobile, with operations in the UK, U.S. and Canada. Through its unique IP and brands,Gaming Realms brings together media, entertainment and gaming assets in new game formats.

The online casino market in the U.S. is forecast to be worth $10bn in four years’ time, having been just below $2bn in 2019.

The Investors Chronicle website reported that House broker Peel Hunt is bullish about Gaming Realms’ prospects in the U.S. and points towards its 144 percent increase in cash profits to $4.6m as evidence of the influence of economies of scale. The broker is currently forecasting cash profits of $7.42m for FY21 before rising to $11m in FY22.

But it’s not just the U.S. that Gaming Realms is targeting, as the British company is also looking to set up a presence in Canada.

Gaming Realms said it will shortly begin the process of applying for an Ontario iGaming licence. Ontario, Canada, has announced its intention to become a regulated iGaming market which is expected to be larger than any of the regulated U.S. states which currently allow iGaming.

“We intend to expand the Group further by obtaining an iGaming supplier licence in Ontario Canada, and future U.S. States as they become available,” added Buckley.