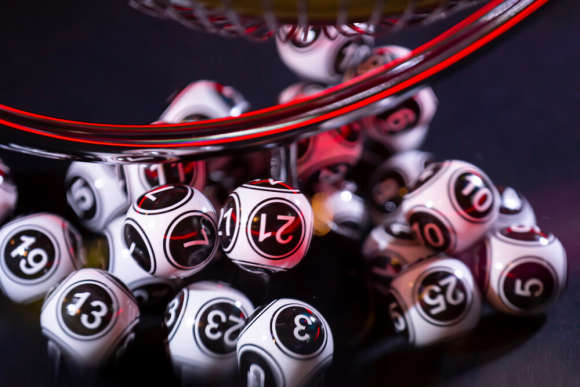 Alabama will soon have the power to legalize a lottery and license as many as 5 brick and mortar casinos after legalization. However, the Alabama House of Representatives must all agree first so that the gambling bill can have sufficient support that paves the way for it to move past legislation and into law.

The casino and lottery bill must have bipartisan support before it wins approval. That’s because a few of the conservative members are highly opposed to gambling. Alabama is one of the few states in the country that don’t offer the lottery. The last time that legislators attempted to introduce the state lottery was in 1999 when Gov. Don Siegelman was still in charge.

Alabama residents have been calling for a lottery system for years but negotiations have always stalled. The legislation, which must be approved by both lawmakers and state voters, will establish a state lottery that will then be used to fund college scholarships, as well as 9 casino locations. The 9 casinos will be located mainly at existing dog tracks in the states and other sites that are operated by the Poarch Band of Creek Indians.

Sadly, however, this bill has been challenged by various Republicans that are opposed to legal betting. Some lawmakers have always argued in the past that the bill favors some areas by specifying where casinos will be located. Specifically, the bill excludes certain locations like Lowndes and Greene from operating casinos because of current constitutional amendments.

The last day of the legislative session is scheduled for May 17th, 2021. If the lawmakers fail to agree, passing the bill is going to prove even more difficult than it has already been. The good news is that the measures to legalize a lottery and license more land-based casinos have already been approved by the Alabama House of Representatives Economic Development, as well as the Tourism Committee despite the widespread criticism and challenges that the bill has faced during the process.

What’s next in the legislative process?

As stated above, the Alabama House of Representatives must all agree for the bill to move forward before the May 17th date, which is when the 105-seat body will break its current session. If this bill is passed, then voters will be asked to vote in the proposed changes at the next election, which isn’t until much later in the year in November.

Which areas are being considered for the brick and mortar casinos?

According to the proposal, legislators want the jurisdictions in Mobile Greyhound Track, VictoryLand, as well as Greenetrack, which house dog racing facilities. The events center at Crossing at Big Creek is also expected to be turned into a brick-and-mortar casino. As per the bill, the federally sanctioned Poarch Band of Creek Indians will also be considered for a retail gambling venue in DeKalb County or Jackson County.

Without the lottery, punters in the state have been forced to travel to neighboring states such as Georgia just to place a bet or buy lottery tickets. It has also been more than 20 years since bettors in the Yellowhammer State were able to vote on any type of gambling. During the 20 years, legislators have tried and failed more than 200 times to introduce casino or lottery legislation.

In 2016, senator Jim McClendon almost had the lottery bill legalized. The bill received tremendous support from the Senate during the early stages of the process, however, after it was amended and passed by the house, it died a gradual death. Another attempt was made in 2019 by Albritton which passed to the senate but died in the House.

The constitution in the state prohibits lotteries and most other types of gambling. As such, the legislator must approve any constitutional amendments designed to introduce major changes to the constitution such as legalizing casinos or allowing lotteries. Most states in the country not only offer punters a lottery, but also iGaming, as well as sports betting.

Specifically, 45 states have lotteries while 41 have full-fledged brick and mortar casinos. 25 states have so far permitted legal sports betting after the Supreme Court allowed states to do so in 2018.

Just last month in April, sportsbooks in Tennessee generated a gross handle of over $172 million. From the total amount, $2.8 million was taxes paid to the state, which means that operators enjoyed gross earnings of approximately $14 million. In March, Tennessee made even more money thanks to NCAA’s March Madness tournaments which saw punters place over $205 million in wagers.

The online sports wagering market in Tennessee launched late last year in November and it has grown to become one of the most lucrative markets in the country. Thanks to neighboring states that currently do not offer legal sports betting such as Alabama, there has been a pent-up demand for sports betting in the region that Tennessee is now fulfilling.

If Alabama wants to keep much-needed punters’ dollars within the state, then legislators must do everything in their power to have the industry legalized. Otherwise, Alabama will just have to sit and watch other states as they continue to win big with sports wagering.