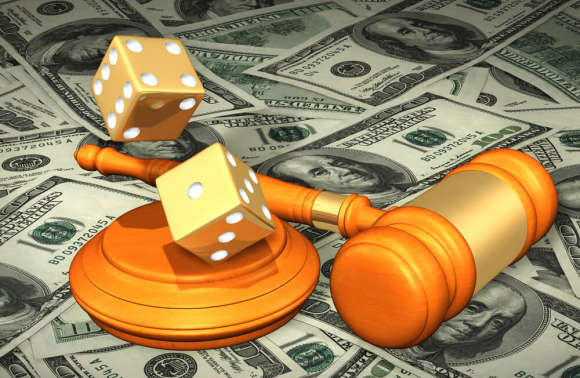 A more than a decade long case involving online poker brand Flutter Entertainment and the state of Kentucky is finally over after the former agreed to a $300 million settlement. Flutter will pay $200 million in addition to the $100 million that the company had already paid as bond.

In a statement, Flutter Entertainment said: “The group strongly believes that this agreement is in the best interests of Flutter shareholders. The group now considers the matter closed.”

The settlement agreement is far much less than the $1.3 billion that a Kentucky Supreme Court had granted to the state. However, Flutter appealed the ruling arguing that the money demanded by Kenntucky was excessive.

On the other hand, Kentucky had sought $870 million.

It was reported that Kentucky’s suit claimed its residents lost $290.2 million playing poker on the site over a five-year period. While Kentucky initially won in Franklin Circuit Court in 2015, a state appeals court overturned that decision three years later. The appeals court ruled the law called for an individual, not the state, to file suit.

When the state Supreme Court reversed the appellate court’s decision last December, it meant that Kentucky would be in line to get more than just $870.7 million. Thanks to interest accruing at 12 percent annually as the lawsuit was appealed, the value of the award surpassed $1.3 billion.

Flutter was appealing the decision based on the state using the Loss Recovery Act, a law that has not been used for decades.

Over the past year, Flutter had lost a number of cases and this may have inspired the company to settle.

But the state is content with the settlement, as it agreed that this was more money than what its residents lost to the online poker brand.

Kentucky accused PokerStars, owned by Flutter Entertainment, of allowing the state’s residents to play poker for real money between 2007 to 2011. At this time, the Unlawful Internet Gambling Enforcement Act (UIGEA) was still in force. Kentucky accuses PokerStars of violating this law.

In its petition to the U.S. Supreme Court PokerStars said it earned about $18 million from Kentucky residents during the time in question.

“After 10 long years, the commonwealth has not only prevailed, but collected dollars that the General Assembly will be able to direct to critical areas, like education, health care, and economic development,” said Gov. Andy Beshear.

The Commonwealth of Kentucky had agreed to cease all further actions with respect to the case and the matter is closed.