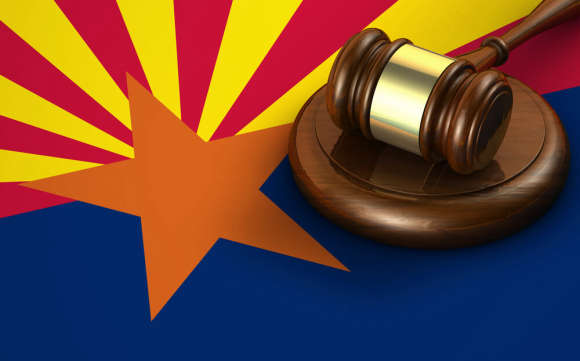 Sports betting and gambling on daily fantasy are now legal in Arizona following a thumbs up from the federal government.

The U.S. Department of the Interior approved an updated tribal gaming compact with Arizona, which will allow gambling options at tribal casinos. This finalizes an agreement signed in April by Governor Doug Ducey and the state’s tribal leaders.

Gaming creates thousands of jobs for Arizonans, it generates tax revenue that benefits key areas of our communities, and it draws visitors to our state. The tribal-state gaming compact amendment, along with its associated legislation, was the culmination of a multi-year process and I was proud to work with all the stakeholders on this historic accomplishment. The tribal-state gaming compact and its associated legislation now is officially in effect,” said Ducey in a statement.

The amendment to the compact has been in the making for more than five years. Ducey’s statement said the compact amendment ensures gaming in Arizona remains limited and regulated while providing certainty for the future of the state and tribes.

In April, Ducey signed into law HB 2772, which expands legal gambling throughout Arizona and allows sports betting to take place within state lines for the first time. The state plans to have new rules in by the fall of this year. Proponents of legal sports betting are hopeful that the regulations will be in place for the start of the 2021 NFL season.

“We do need to set up a whole new regulatory structure and develop these rules. So, we are on a pretty tight timetable. Luckily, we do have that emergency clause, so we’re able to kind of expedite that rule-making process. But, just putting that whole regulatory structure in place, because this form of gaming has never been legal in the state,” Max Hartgraves, the public information officer for the Arizona Gaming Department was quoted as saying.

It was reported that professional teams will need to acquire state-issued licenses and set up their sports wagering operations. Under the deal, major professional sports groups will be able to offer legal Arizona sports betting on professional sports leagues like the NFL, NBA, MLB, and NHL. Online fantasy sports operators like DraftKings and FanDuel can “piggyback” on the approved licenses.

The Arizona Department of Gaming explained that the amended compact allows for potentially nine new authorized casinos in the state. It is the decision of each sovereign tribal nation to determine casino expansion within the requirements of the amended compact. The Pascua Yaqui Tribe will have the ability to build a third gaming facility in the state, with a maximum device cap of 900 gaming machines.

The deal also allows the tribes to expand their casino gambling options by adding games like craps and baccarat or increasing the number of slot machines in their properties.

It was explained that a total of 20 gaming licenses have been issued. Ten of these will be for tribal casinos, and the other will be for 10 Arizona professional sports teams. Positioning has moved swiftly, as daily fantasy services like FanDuel and DraftKings have scrambled to align themselves with sports franchises.

Following the amendment of the compact, the Phoenix Suns announced that they had partnered with the sports betting app FanDuel, which will have a "luxury sportsbook retail location" inside the Suns arena.

"The legalization of mobile sports betting will forever change the sports and entertainment landscape in the state and opens the door for a fan engagement revolution that will be led by the Phoenix Suns, the Valley’s first major sports team, and FanDuel, the leading online sports gaming company in the U.S. and an Authorized Gaming Operator and Official Daily Fantasy Partner of the NBA," it was reported.

The compact that has just been amended was passed 20 years ago. It was due to expire in a few months’ time.

The state says the new compact modernizes Arizona’s Gaming Compact for the 21st century. Arizona said the new compact is a win-win for Arizonans, tribal members and our sports

leagues and teams. The state also says the compact increases revenue for areas such as education and conservation; provides certainty for tribal communities, keeps gaming regulated, safe and limited and preserves the unique culture of Arizona.