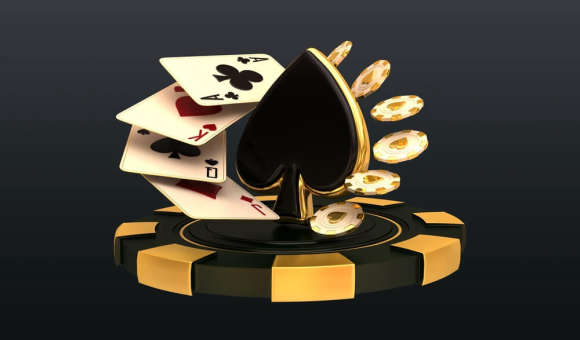 FanDuel is expanding its already extensive portfolio of real money online casino products yet again. Recently, FanDuel entered into a deal with the growing iGaming product manufacturer, White Hat Studios. As a result of this partnership, FanDuel will now offer its customers new table games, slots, and poker from White Hat Studios thus expanding its catalog of online games at FanDuel Casino.

As part of this strategic partnership, FanDuel will work closely with White Hat Studios to create custom-made games, as well as short-term games that will be exclusive to FanDuel Casino. Owing to this deal, FanDuel Group has been able to expand its online casino and online poker products for its brands. Brands such as PokerStars, Mohegan Sun Casino, StarDust, and of course FanDuel Casino will all be beneficiaries of this deal.

FanDuel customers in legal iGaming markets in the country where FanDuel operates namely Pennsylvania, Connecticut, New Jersey, Michigan, and West Virginia will all have access to this new lineup of content from White Hat. White Hat’s Jackpot Royale products and games have made it one of the largest content providers in the industry.

White Hat’s proprietary products aside from content and games also include a player count management feature, as well as a digital wallet. White Hat’s primary goal is to become the leading game supplier in North America, introducing not only high-quality content but also excellent service to punters. The brand has been growing at an unprecedented speed thanks to the caliber of partnerships it has been forging over the last year or so.

In May, White Hat signed a content distribution deal with Tom Horn Gaming. Tom Horn Gaming is one of the best iGaming software solution suppliers in the world and will see White Hat leverage Tom Horn’s games. The Tom Horn Gaming portfolio is wide and includes popular titles such as its hit title 243 Crystal Fruits.

DraftKings customers in several states including New Jersey, Pennsylvania, Michigan, Connecticut, and West Virginia now have access to White Hat’s games. Among the blockbuster titles that have since joined DraftKings portfolio include Deal or No Deal, Ted, as well as Peaky Blinders.

In March, White Hat also signed a content partnership with Golden Nugget Online Gaming thus reaching yet another landmark in its plans for expansion in the US. As per the terms of the agreement, GNOG has now integrated branded titles from White Hat into its platform.

Golden Nugget is a well-known name in the iGaming market, which is the kind of partner that White Hat needs to make its expansion plans a reality. Thanks to this partnership, White Hat now has massive exposure in several more states through the GoldenNuggetCasino.com platform.

White Hat also signed a similar deal with Aspire Global’s Pariplay Ltd. This deal will see Pariplay distribute its wide-ranging portfolio of content through White Hat’s proprietary network. The content to be distributed will consist of popular titles from innovative studio Wizard Games, as well as aggregated content from a host of other vendors.

The content in question will be distributed via the Pariplay Fusion platform which is currently made up of more than 12,000 games. Pariplay’s Fusion platform also features a wide range of retention and conversion tools that allow operators to keep players engaged while maximizing the entertainment provided.

The content deal with Pariplay will cover White Hat Gaming’s massive existing non-US operator collaborations within primary markets. However, there is the potential of extending to other regulated jurisdictions in other parts of the world including the new and burgeoning Ontario iGaming market.

Not too long ago, White Hat also signed a similar strategic partnership with Slot Factory. Slot Factory is a game development and design company that releases some of the most popular slot Factory titles in the world. Due to this momentous deal, White Hat will have a slew of new Slot Factory games to share with customers all through the year.

Slot Factory has been designing and releasing slot games for more than 20 years and is based in the UK. Through the many years that the brand has been in business, it has been supplying a wide range of iGaming solutions to satisfied providers in many parts of the world including Asia, as well as Europe.

Some of the popular titles that Slot Factory is known for include Thor’s Thunder, Reel Wild 7’s, Wild Pirate King, Bolts of Zeus, Mega Cube, and they will all be available to White Hat’s clients. Under the terms of this new partnership, Slot Factory will create and distribute dozens of its original slots on White Hat’s platform. Some of the classic titles that are already available on the White Hat site include Bog Box Bonus, Prize Pot Picks, and more.

Teaming up with all these noteworthy brands is a significant milestone for White Hat Studios as the brand seeks to expand its reach in not just the US but in Canada as well. iGaming is slowly shaping up to be one of the most lucrative verticals even though it is only currently available in a handful of states.

The good news is that as more and more states continue to reap the rewards of iGaming, more states are expected to legalize the practice soon. Case in point, New York is already in talks to potentially pass an expanded betting framework that will pave way for online gambling and White Hat Gaming will be right there to take full advantage of this new jurisdiction.