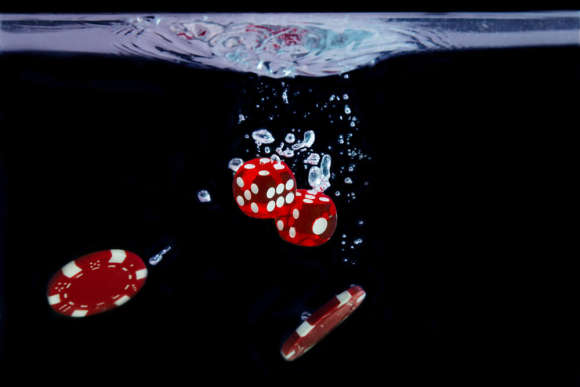 Evolution, an online gaming solutions provider has in the last week announced that it has gotten into a partnership with PlayStar, an online casino brand. The agreement is supposed to cater for the provision of the developer’s "First Person" RNG-based casino games and online Live Casino to the provider’s clientele in New Jersey. PlayStar is in the preparing for the unveiling of its US operation later in the year and every effort to entice customers is seemingly being explored.

According to the conditions of the new deal, casino players registered onto the PlayStar gaming platform will have access to a wide range of live online casino games as well as ‘First Person’ casino games courtesy of Evolution. To make the reach even wider, all the digital material has been optimized for tablet, smartphone and desktop.

In addition to offering their customers an opportunity to explore the extensive database of RNG and live games created by evolution, players will also be able to indulge in slot titles as they are released. Seasoned players are already aware of NetEnt and Red Tiger Slot games – many will admit their keen interest in "Primate King", "Gonzo’s Quest MegawaysTM","StarburstTM", and many more.

Speaking through a press release covering the latest deal by his company, the Co-Founder and Chief Business Development Officer of PlayStar Casino, Adam Noble described the partnership as a major milestone in the business life of the brand. Owing to the heavy-weight nature of the deal partner, the betting operator is confident of achieving its business objectives. For a long time now, PlayStar has been exploring means of offering unparalleled online casino experience and the odds are already in their favor following the conclusion of this deal.

Noble is happy that his team will now be able to offer their customers a suite of casino content from Red Tiger, NetEnt and Evolution. It is important that the operator holds on to the current portfolio and if possible strive to have even more for future sustainability. New Jersey is definitely a vibrant market with so many service providers and an equally high number of potential customers. A new dash of content is one great way to drive market aspirations faster for the company as it keeps its eyes open on conquering other jurisdictions such as Pennsylvania.

The Commercial Director for Evolution North America, Jeff Millar, is also a happy company leader owing to the partnership. He considers PlayStars to be a major brand in the NJ betting market and their combined ambitions can only translate to a fruitful and long association. This is not the first partnership that Evolution is getting into and this goes to show that the games they are creating have a positive reception in the market. Millar explains the reason for such a huge following is their all inclusive games – there is definitely something for everyone. The focus now is to target customer experience because that is the only way that their customers will keep coming back.

The wave of casino launches in the US

The global casino industry is experiencing some exciting times and the US appears to be having the lion’s share of this thrill. For the bettors around the world, no other year has been as fantastic as 2022 in terms of the number of new jurisdictions that have legalized gambling. The question on everyone’s mind right now is why some states are not as swift as others in matters of casino uptake. Well, that we will never know! What we can get our hands on for sure is where to gamble when we want to.

Gambling dates back a long way as a pass time of the American people. In some of the early reports of people gambling, the practice was popularly known as, “games of chance.” These instances often prompted participants to place actual money then predict a certain outcome -  the losses incurred as a result of losing outcomes is what made many cases of betting illegal.

This state of affairs would carry on until around 1931 when the state of Nevada legalized gambling for its economic gains and especially to cushion the economy against the great depression. Slot machines started finding their way into Maryland in 1949 and again in 1968 but they were operating illegally. When the state on NJ legalized gambling in 1977, AC opened up as a tourist destination that revitalized the entire online games economy.

The 1990s, Illinois and Louisiana legalized riverboat casinos and so did other states around the country. When Michigan legalized betting in Detroit, industry stakeholders realized that the city was in no time transformed into an economic growth hub. The greatest breakthrough for the industry came in 2018 when the USSC ruled in favor of statewide gambling legalization, in a move that would overturn a law that Congress had passed in 1992 to curb gambling at sporting events.

By the end of 2021, there were five states that had been legalized to run online sports betting operations in the US – they were Arizona, Michigan, Virginia, Connecticut and Wyoming. Judging from the current wave of partnerships in the country, it is highly likely that the next new live markets would be New York, Louisiana, Maryland, and Ohio.

Very major global casino brand is rushing to launch in the United States and there is a pretty good reason for that. The gambling scene is vibrant and many operators that have established business in the US are thriving to say the least. The fact that the Supreme Court opened up the entire country’s economy to gambling legalization speaks volumes of the resolve to drive this industry to success. Evolution is not the first company to enter a deal with the aim of launching – this is in fact the new channel offsetting up gambling operation in the country.