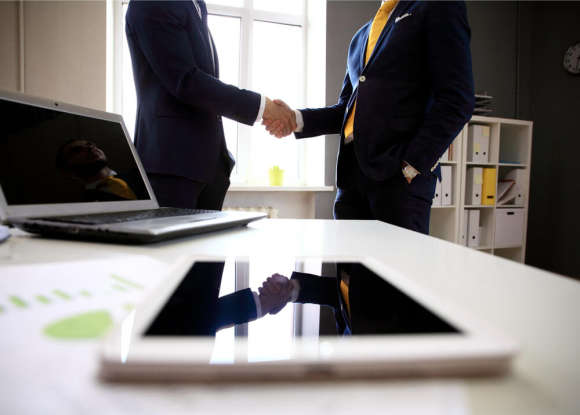 Having announced that they will be involved in an acquisition deal in June 2022, the time that everyone has been waiting for is finally here. Evolution has confirmed to the gambling industry and the general public that they have completed the process of taking over Nolimit City. As part of the agreement that had been announced at the middle of the year, it was revealed that Evolution was interested in a complete takeover of the entire issued share capital of Nolimit City Holding Ltd in exchange for a consideration payable in cash.

As per the time that the announcement went live, all the necessary regulatory approvals that go into finalizing this transaction had been acquired; this technically means that the acquisition has been completed. Every one that is familiar with the history and operations of Evolution will agree that the brand is considerably large. With the deal that they have just sealed, the gaming company is now even better equipped to offer more to its customers as well as partners.

Are you wondering how much Evolution had to part with to make this current deal sail through? Well, the gaming brand had at some point during the process leaked that up to €340 million ($357 million) had been set aside to facilitate the Nolimit City acquisition. According to a press release that highlighted the arrangement, everything was supposed to have been closed by the end of September. The agreement had captured the inclusion of an initial cash consideration of €300 million ($210 million) and thereafter earn-out remunerations.

During that period, the Chairman of Evolution Gaming Limited, Jens Von Bahr, had weighed in on the matter stating that Nolimit City was an innovative and global leader in the production of online slot gaming content. Working with this developer is going to fit well into the business objectives of Evolution and is a perfect blend amid other providers such as Big Time Gaming and Red Tiger.

Von Bahr also mentioned that having an expanded portfolio courtesy of Nolimit City will be a practical way of offering a diverse portfolio for Evolution customers. The brand should expect an influx of new profiles created on the site specifically because of the cutting edge video slots that Nolimit City is known for. Before they finally approached this gaming content provider, Evolution is reported to have closely been following the activities of Nolimit City for quite some time and had found the style of games the group created to be quite impressive.

In 2013, Emil Svard and Jonas Tegman joined forces to create a company that would captivate casino players for their unique and innovative games. The company has to the present day grown to hold a portfolio of more than 50 video slot games; gaming enthusiasts will identify with the likes of Folsom Prison and Karen Maneater. Casino players appreciate titles that help them to identify with things around them, those they like and those that connect with them at a personal level. Most of the well performing titles in casinos today fall into this category and the developers have started taking notes. No wonder the industry now has many games that appeal to human emotion and mood in ways that had not been explored before.

Scaling operations is synonymous with increased revenues and the entire industry is banking on that following this agreement. The projected earnings for the incoming year is expected to be about $24.2 million before any deductions in the form of interest, tax, depreciation, and amortization have been made.

The Evolution brand has been around since 2006 and has been actively involved in the development, design, production, marketing and licensing of B2B online casino solutions. The fact that the brand is used worldwide means that it is able to reach millions of casino members every year. From its current customer list, the brand boasts of more than 600 operators.

Just as the portfolio of products offered is wide, so is the number of employees that have been hired to ensure smooth trade. The group has a workforce of more than 15,000 workers stationed in studios in North America and Europe. The home of Evolution and where the parent office of Evolution is situated is Sweden. Its operations are quite profitable judging from the fact that the company is listed as EVO within the Nasdaq Stockholm exchange.

Evolution has an operations license that was granted through the Malta Gaming Authority which operates from several countries including Canada, South Africa, Belgium, Romania and the UK. For now, all eyes are on the company to witness how well they make use of the Nolimit City acquisition. It is only fair that a few months are allowed before any conclusions can be made regarding its success or failure. There is no doubt that Evolution now has the largest portfolio of gaming content in the entire country and they ought to gain from it.

Nolimit City boasts of a solid and well established gambling platform that has been improved many times over time. With the tools needed to drive gambling success in the gambling industry and a sense of freedom to do so in the regulated markets, any company working with Nolimit is only a matter of time away from accomplishing its goals. With a team of broadly experienced developers driving the innovation for high caliber products, it is exciting to see what will result from the collaboration between two great industry forces.

With the acquisition process of Nolimit City done and dusted, the next line of action will be intense marketing. The market now needs to be aware that Evolution has an extensive portfolio courtesy of the buyout. It will be interesting to see what avenues the parent company is going to utilize to achieve this end and even better, the effect of increased business on the release schedule for new games.