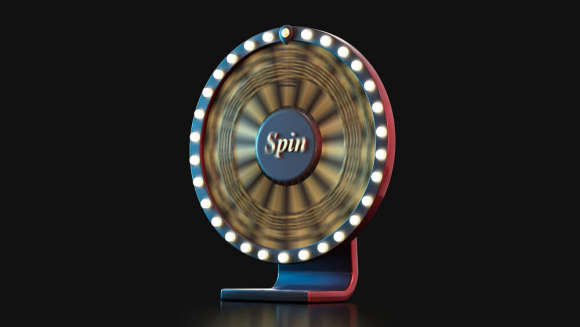 Everygame poker is one of the oldest poker companies in the international poker market and recently, it offered a spin special in honor of offering Father’s Day. This special deal was available for the holiday and it also featured casino spins and Betsoft games. To gain access to the Father’s Day deal, all one had to do is deposit funds into their account using special assigned codes.

Once a customer deposited funds they would then be given access to special spins on The Angler, Spinfinity Man, as well as Safari Sam. Once a poker player had claimed all 3 deals, they would then earn 100 spins on stacked; no deposit necessary. This Father’s Day promotion ran from June 13th to June 20th with a special blackjack treat also in the mix.

To earn 30 spins on Safari Sam, all Everygame Poker customers had to do was deposit $25, as well as use code PAPA 1. The Safari Sam casino game features 50 pay lines and gives players 5-reel grid wild compass symbols.

Code PAPA 2 was the special code reserved for Spinfinity Man. If players used this code after depositing $35, they would instantly be given 45 spins on the game. This popular classic slot game offers customers a chance to walk away winners on a huge 7×7 game grid. Players are given access to cascading reels that allow them to create new wins every time a symbol explodes.

The third title required a $5o deposit and the use of Code PAPA 3. This code gave participants 50 spins on the Angler, which is also another popularly played slot title on the platform. The slot game is based on a fisherman known as Otis whose main mission is to catch the fish of the day.

Once participants had claimed all three titles, they could then proceed to earn 100 spins on the stacked slot. Any player that used the coupon code FREE would be given access to the 100 spins. They would also be given access to Mystery Box Wilds to earn additional spins and up to 5X multipliers, instant wins, as well as stacked wilds.

In addition to this offer, the platform was also offering blackjack jackpot prizes through June 19th. Players were allowed to access various blackjack games offering cash prizes drawn from the prize pool, which totaled $2000. Participants had the option to take part in Blackjack 21 or Double Draw for a chance to walk away with prizes.

Everygame poker is established and growing

Everygame poker is one of the most established poker companies in Europe where it offers an array of services including casino games, poker, as well as sports betting. In 2016, EveryMatrix founded EveryGame.com, a gambling platform that offered punters in Europe casino games from some of the most respected developers including Evolution Gaming and NetEnt.

In addition to all these casino games, EveryGame was also offering sports betting to its customers as well. The platform also offers a comprehensive range of services including in-play gambling, as well as live casinos. Some of the games on offer include NetEnt classics such as Starburst Guns N’ Roses, Blood Suckers, and more.

When it debuted in European gambling markets, the platform sought to change the landscape with a better variety of content and gaming verticals combined with a mobile-optimized gambling experience. From in-play wagering to classic slots, the platform is indeed one of the most visited by punters in the region.

The lunch and brunch poker tournaments are also popular with casual players. These tournaments are held every late morning and early afternoon. For those that are too occupied to play during the week, EveyGame poker also has plenty of weekend tournaments on offer as well.

Apart from the Father's Day promotion, EveryGame also organized another promotion- this time to send its customers to the European Poker Championship. Not only did a few lucky customers get the chance to take part in the prestigious tournament, but they were also given a $5,200 value package.

This tournament took place between July 20th and 23rd and featured some of the most experienced European poker players in the professional poker scene. The European Poker Championship was held for the 31st time this year in Velden Austria and includes the participation of 30 countries.

This 2-week festival saw tournaments and cash games running across more than 40 tables. During the promotion, EveryGame customers were given a chance to qualify for the $5,200 value package, as well as an opportunity to stay at a premium resort located on the western shore of the Wörthersee Lake. All players needed to take part is to deposit $10 for a chance to enjoy one of the most exotic poker holidays in Europe.

For Everygame customers that enjoy learning and watching their peers, Everygame Poker recently launched its own Twitch.tv channel featuring the Heat Team, which consists of well-known poker streaming personalities. This channel will stream some of EveryGame Poker’s biggest tournaments, as well as feature sit’n’go events.

Most recently, the brand also announced the launch of its progressive bounty tournament dubbed the $1,000 GTD Perseus. This tournament is scheduled to run each day and will give participants plenty of opportunities to take home cash prizes. Progressive knock-out tournaments are some of the most popular tournaments in the modern poker circuit.

As such, the GTD Perseus will no doubt attract a good number of interested participants. EveryGame Poker is also bringing back its popular Estrellas Poker Tour in Barcelona. The platform is giving its customers a chance to take home a $3,500 prize package, as well as tickets to the Main Event of the tournament.